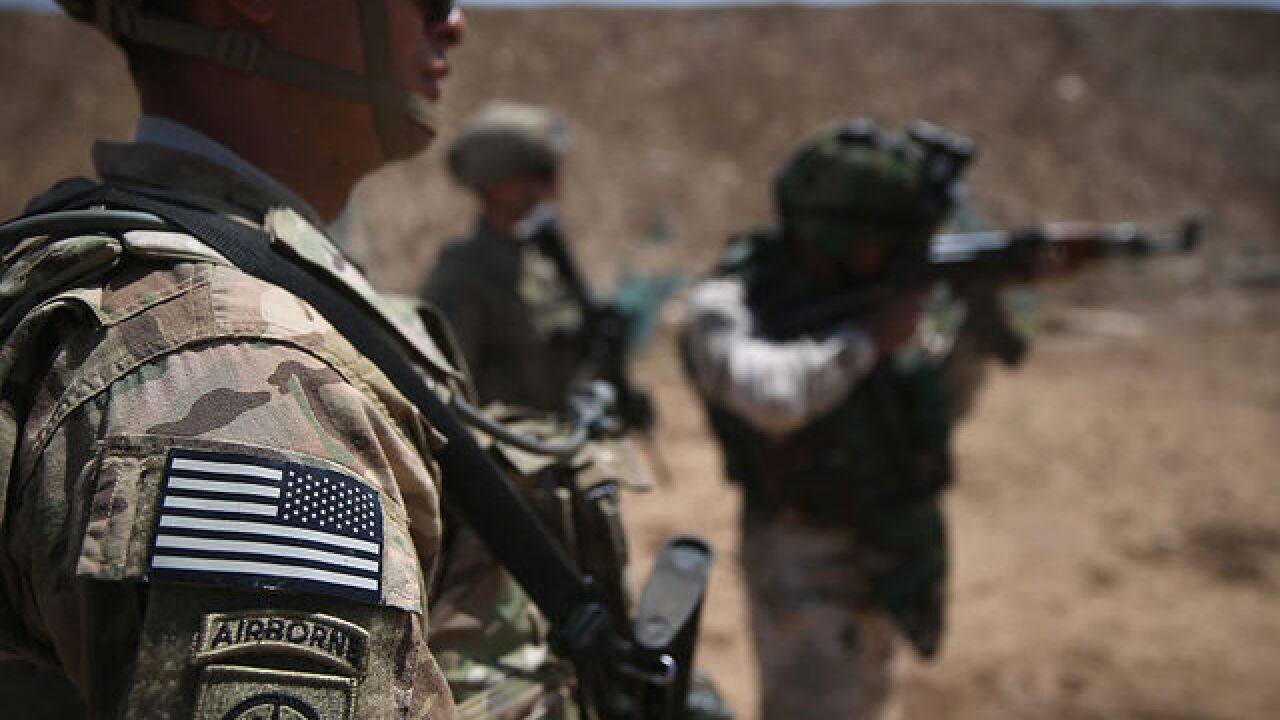 2015 Getty Images
John Moore
<p>TAJI, IRAQ - APRIL 12: U.S. Army trainers watch as an Iraqi recruit fires at a military base on April 12, 2015 in Taji, Iraq. U.S. forces, currently operating in 5 large bases throught the country, are training thousands of Iraqi Army combat troops, trying to rebuild a force they had origninally trained before the U.S. withdrawal from Iraq in 2010. (Photo by John Moore/Getty Images)</p>

DENVER – Last year was the first since U.S. military operations got underway in Iraq and Afghanistan that there were zero combat amputations for deployed U.S. soldiers, according to a new report from the armed forces.

The report was published on the official Military Health System and Defense Health Agency website and in the Medical Surveillance Monthly Report, and was compiled by the agency’s Armed Forces Health Surveillance program.

In 2012, they fell once again to 12.3 per month, then decreased steadily as troops began to pull out in Iraq and Afghanistan.

Army and Marines soldiers have seen the most combat amputations since 2003.