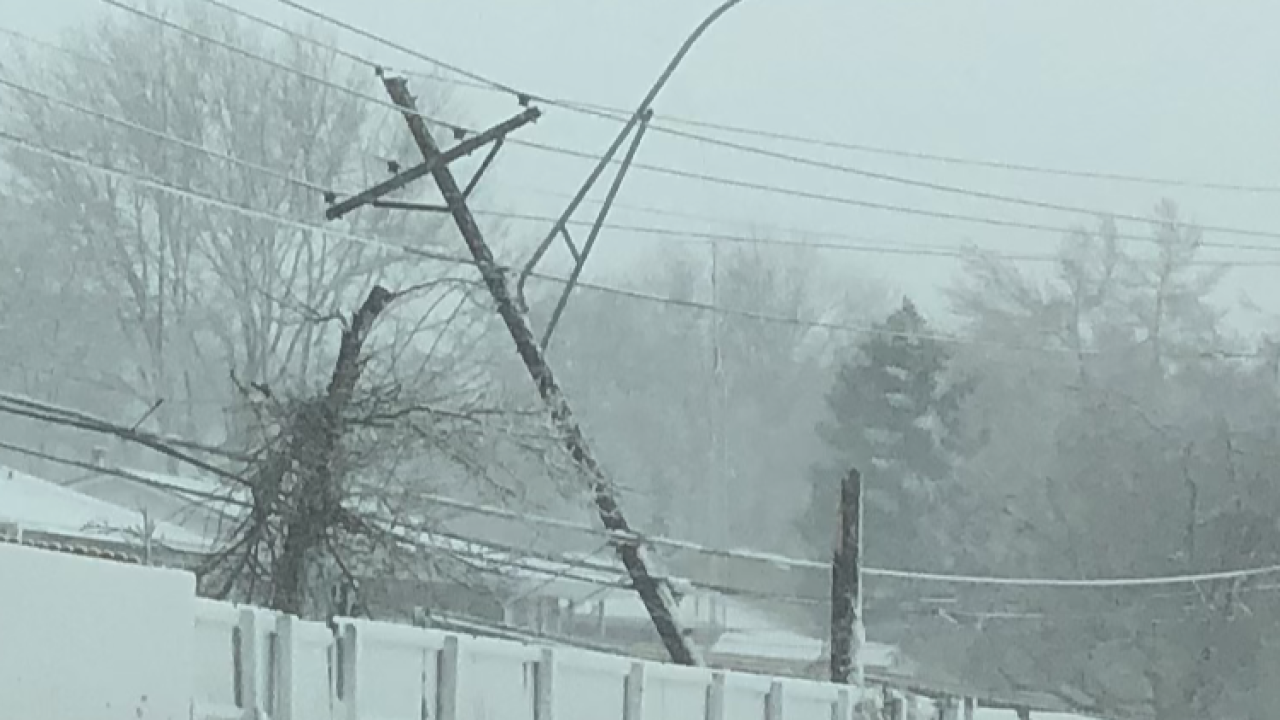 In the wake of a snowstorm that knocked out power for about 400,000 customers in March, Xcel Energy is preparing for another blizzard that could bring power outages with it.

Xcel has mobilized extra crews through the state in case they’re needed for outage restoration Wednesday and Thursday.

The company said its customers should prepare for possible outages, as power lines could be damaged in the high winds. A blizzard warning was issued at noon on Wednesday through Thursday at noon.

In the case of multiple outages, crews will be assigned to power outages that are affecting the most people. For example, if a large feeder line is damaged, Xcel crews will work to fix that before moving on to repair feeder lines or individual service lines.

There are a few ways customers can report an outage or downed power lines:
· Visit www.xcelenergy.com
· Call 1-800-895-1999
· Download the Xcel Energy app

The app and website have an outage map that will show exactly where service has been disrupted and any updates on restoration times.

Xcel said while they understand the importance of restoring power, they will delay the work if the conditions become too hazardous.

Meteorologists said this blizzard could become a “bomb cyclone,” which is defined by the NOAA as the rapid drop in barometric pressure of a non-tropical storm in 24 hours or less. Even if the storm doesn’t meet these qualifications, Colorado residents should still expect high winds and snow Wednesday afternoon into Thursday.

At its max, the March 13 "bomb cyclone" caused about 400,000 Xcel Energy customers to lose power. Two days later, 8,000 were still without power. Efforts continued over the next couple days until all power was restored.