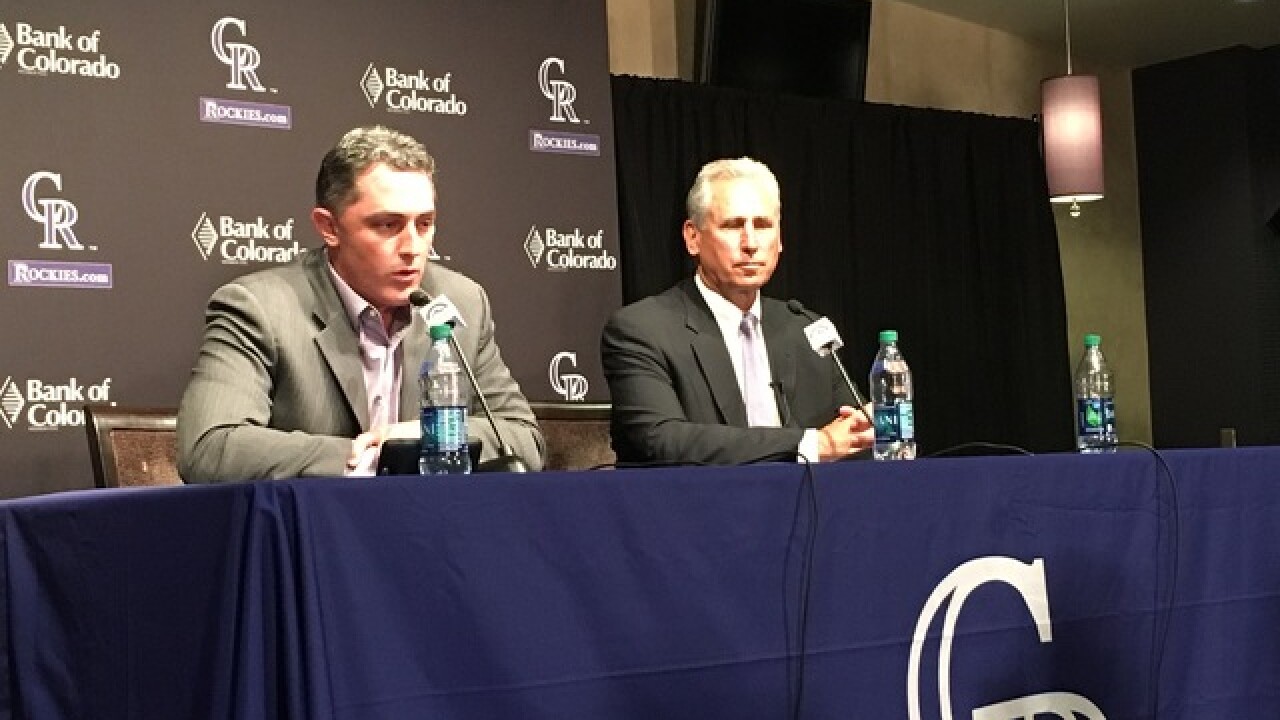 DENVER — In a week, it will be a good day for Bud Black’s Rockies.

The Roxs’ home opener against the Dodgers is next Friday. This is a game and a season that the ball club and the Denver’s (long-suffering) baseball followers certainly can look forward to.

In their 25th season (my, how time does rush by) the Rockies have an offense, a defense, a special teams (whoops, wrong team) and just maybe a pitching staff.

They do have a quality manager and coaching staff.

And they still have a home to call their own. Ownership and the Metropolitan Stadium District agreed on a new 30-year lease agreement two days before it was to run out, and the Rockies conceivably could be run out although, actually, a five-year extension would have gone into effect.)

So, open the keg again.

The Rockies will be missing some significant pieces when the Major League Baseball Season begins for them Monday in Milwaukee, but this is a team to be taken seriously – even in the difficult minefield that is the National League West. The Rockies are no joke.

The Dodgers and the Giants are picked to be the top two, as usual, but the Rox could be contenders instead of rear-enders.

As Troy Renck of The Denver Channel points out, the Rockies haven’t played a meaningful game in September since 2010. The Rockies beat the Dodgers 12-2 on Sept 18, and their record was 82-66. They were only one game out of first, behind the Giants and the Padres. Troy Tulowitzki hit two home runs (and a double) to become only the third player in history with 14 homers in 15 days.

The following day they jumped on young Clayton Kershaw in Los Angeles, but ultimately lost 7-6 on a blown save.

The Rockies won only one game – one lousy game -- the rest of the season.

In the six seasons since, the Rockies have won 60-something games three times, 70-something three times. They’ve finished third, fourth or fifth and were out of the race by August, and, mostly, long before.

This year general manager Jeff Bridich and the players believe they’ll be playing meaningful games in September and beyond.

Manager Bud Black isn’t predicting, but he remembers well when the Rockies were playing a meaningful game in 2007. He was on the losing side as the Padres manager when the Rockies won a playoff to finish 90-73 and, eventually reached the World Series.

The Rockies have never won a division title.

This team has more experience and offensive talent than that ’07 team on paper, but they will play on dirt and grass and seeds.

The Rockies are the “surprise" team of 2017 for a bunch of national baseball authorities, and the hiring of Black has been praised hither and yon. The former pitcher played and coached in a World Series, but he never got the Padres (in his only previous managerial job) to the postseason, thanks to the Rockies once. He was Manager of the Year once.

Black will be the bedrock of the Rox, especially with his assistance from former Marlins manager Jeff Redmond, who is the bench coach. The Rockies never have benefited from three former pitchers (Black, pitching coach Steve Foster and bullpen coach Darren Holmes) and a catcher (Redmond) on their coaching staff.

Which is odd given that pitching is the principle problem in the thin air of Colorado.

As in last year, when the bullpen was the worst in baseball and the starting rotation was raw.

Both the rotation is older, and the bullpen looks better, with two important additions (Greg Holland and Mike Dunn).

There is doubt, still, about the pitching, and there are injuries to three position starters – acquisition Ian Desmond (first baseman), David Dahl (left fielder) and Tom Murphy (catcher) – and the loss of starter Chad Bettis, whose cancer has spread. The first three should be back by May. Bettis may not be back this season.

Gray and the Twin Tylers (Anderson and Atwood) must anchor the rotation.

And a week from now, the temperature is expected to climb to 75 (after an ugly several days), the Rox will be thinking Grand Opening and Great Expectations.