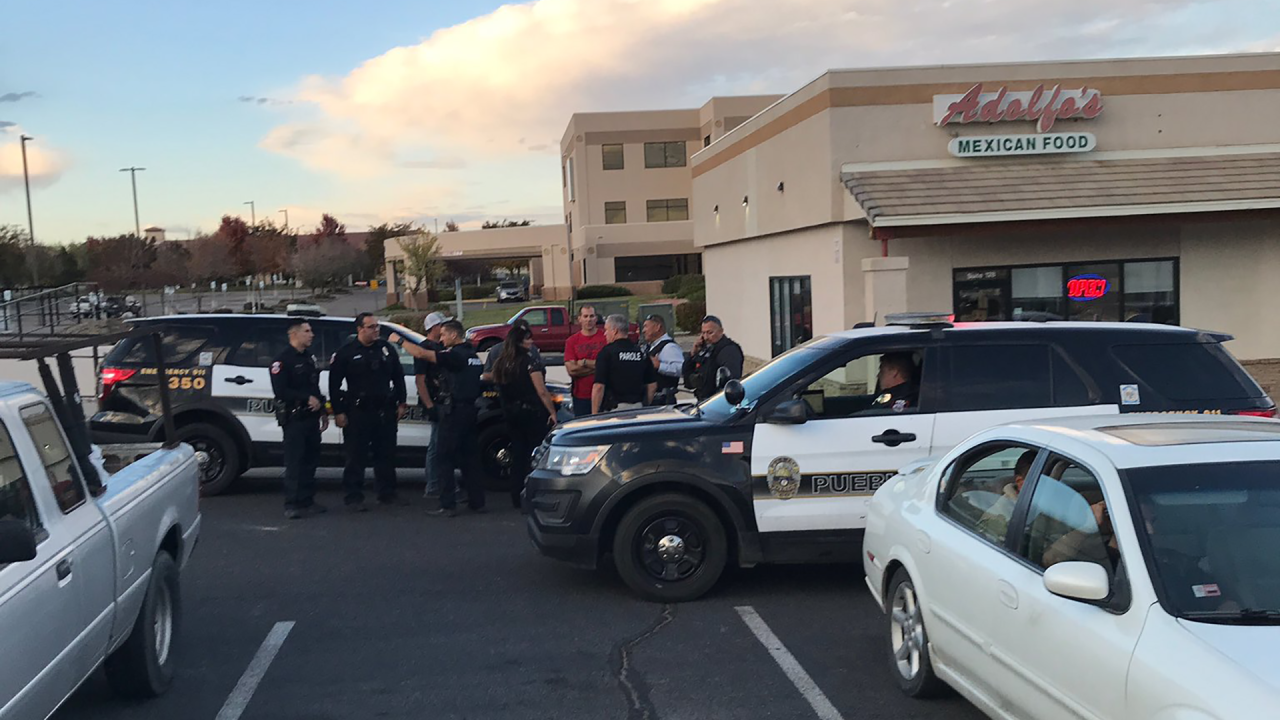 Copyright 2019 Scripps Media, Inc. All rights reserved. This material may not be published, broadcast, rewritten, or redistributed.
Pueblo Police Department
On Friday evening, Pueblo police said Cuevas was found near a restaurant on the north side of Pueblo and taken into custody along with a second suspect. 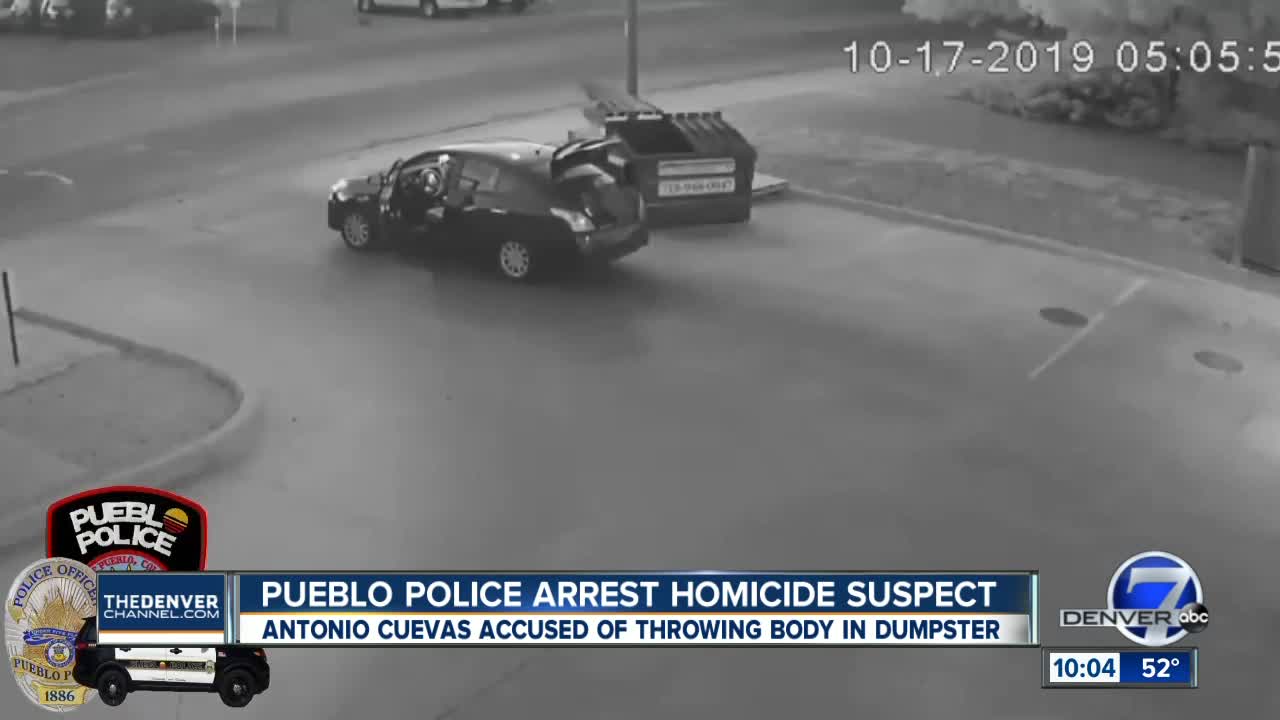 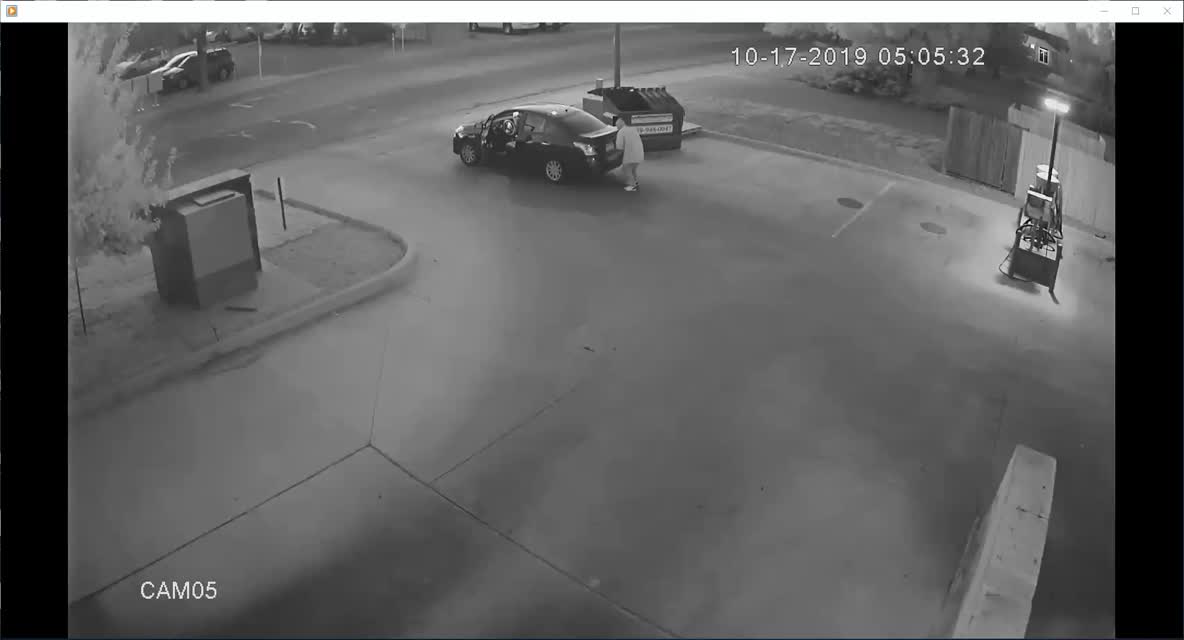 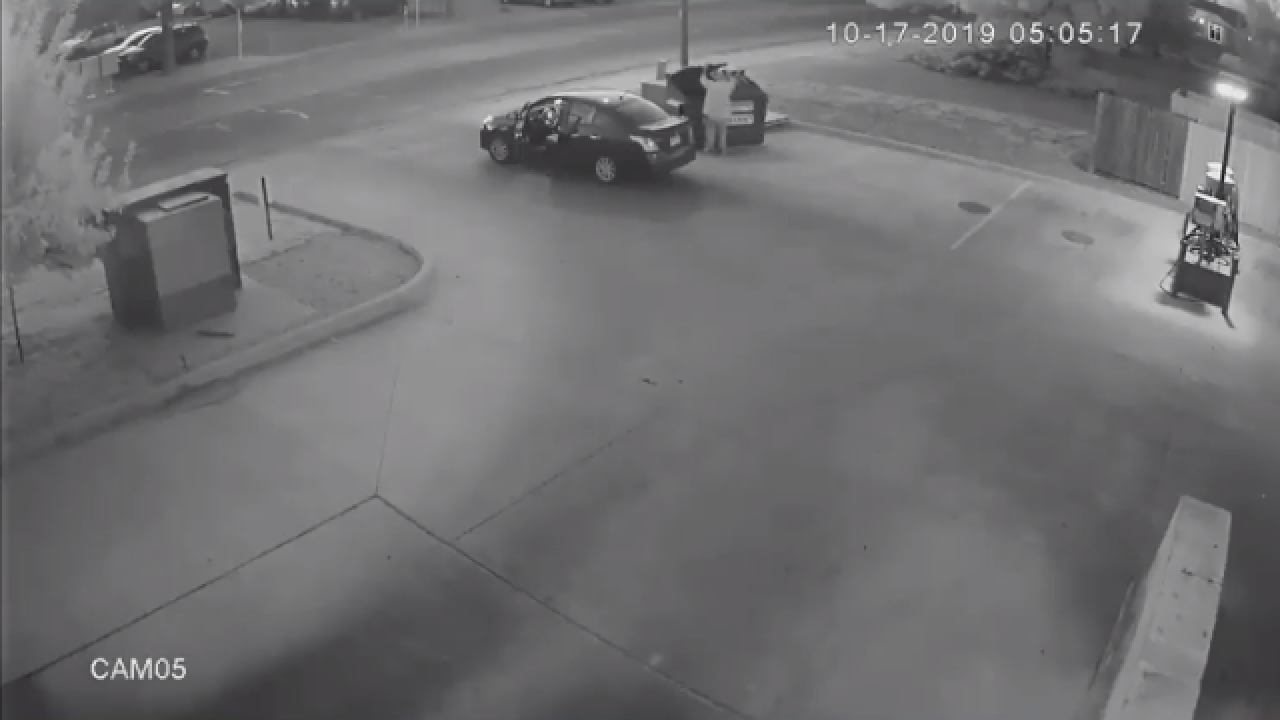 PUEBLO, Colo. – A woman's body was found inside of a suitcase in a dumpster in Pueblo on Thursday, and police are working to identify the victim.

Investigators on Thursday evening released surveillance video of a person pulling up to the dumpster at 3906 Ivywood Lane and tossing the suitcase inside of it. Police on Friday told KOAA that Anthony Cuevas, 36, is considered a person of interest.

On Friday evening, Pueblo police said Cuevas was found near a restaurant on the north side of Pueblo and taken into custody along with a second suspect.

Pueblo police said in a news release Friday night that Cuevas and his wife, 36-year-old Melanie Ann Cuevas, were arrested. Anthony Cuevas faces investigation on a first-degree murder charge and a warrant for violating his parole. Melanie Cuevas was arrested on a criminal impersonation warrant, police said.

Police said they received “several calls” tipping them off to Cuevas being the suspect early Friday morning.

The woman was identified Monday by the Pueblo County Coroner's Office as Maria Cuevas-Garcia, 58.

Officers from the Police department along with parole and detectives were able to locate the homicide suspect on the northside near Adolfo’s restaurant. He was taken into custody along with second suspect without incident pic.twitter.com/RQnGJ4e0kU

Detectives found the car seen in the video and were searching it for evidence earlier in the day. Police also told KOAA that they were executing a search warrant related to the investigation at a home in the 800 block of Euclid Street in Pueblo.

She had several tattoos, including a clown on her right thigh. She also had two tattoos of a heart, including one with wings on the heart, according to pictures released by police.

Officers were initially dispatched to the dumpster about 9:20 a.m. Thursday after someone reported a suspicious suitcase. Detectives were called to the scene and the body was found inside the suitcase, police said.

Cuevas was allegedly driving a dark blue, four-door sedan and was in the area of the dumpster about 6:45 a.m., police said.