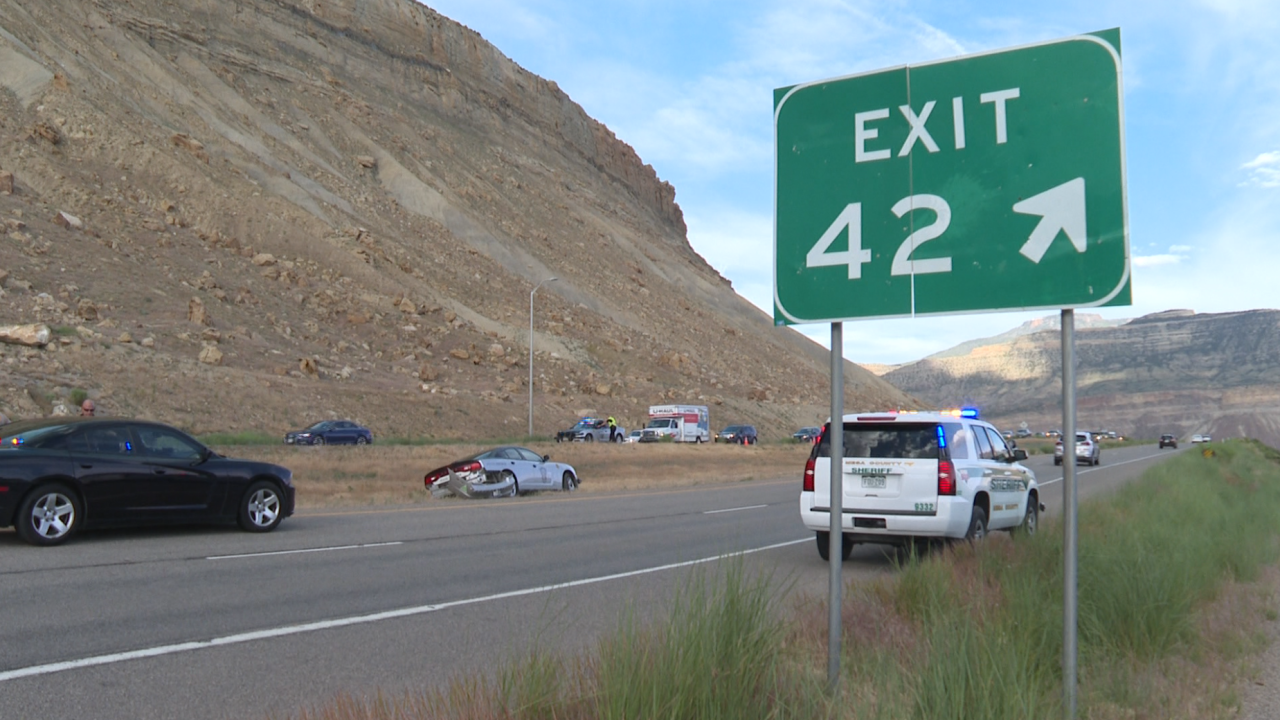 KJCT
The scene near a crash and chase along I-70 in Mesa County.

MESA COUNTY, Colo. – A woman who jumped into the Colorado River trying to evade a state trooper later stole a patrol car after she was taken into custody in Mesa County on Friday afternoon, officials said.

Vanessa Jaramillo, 29, led troopers on a short chase before crashing out on Interstate 70, according to a news release from the Colorado State Patrol.

Troopers had responded about 3:45 p.m. to a crash on I-70 involving a stolen car out of Montezuma County. When troopers arrived, Jaramillo and Nickolas Mascarenas, 36, fled the car, the news release said. Jaramillo crossed I-70 on foot and jumped into the Colorado River, before a trooper took her into custody, officials said.

While Jaramillo was in custody, she managed to steal a trooper's patrol car and take off, the news release said. She was taken to the Mesa County Jail after crashing the patrol car.

Mascarenas was later arrested Friday night while walking through the nearby city of Palisade.

Mascarenas had outstanding felony warrants out of Eagle and Lake counties. Jaramillo was wanted on two misdemeanor warrants and a felony warrant out of Lake County.

During the incident Friday, a responding trooper was involved in a crash with a motorcycle, according to the state patroll The motorcycle rider was taken to a hospital with minor injuries, and the trooper was OK.