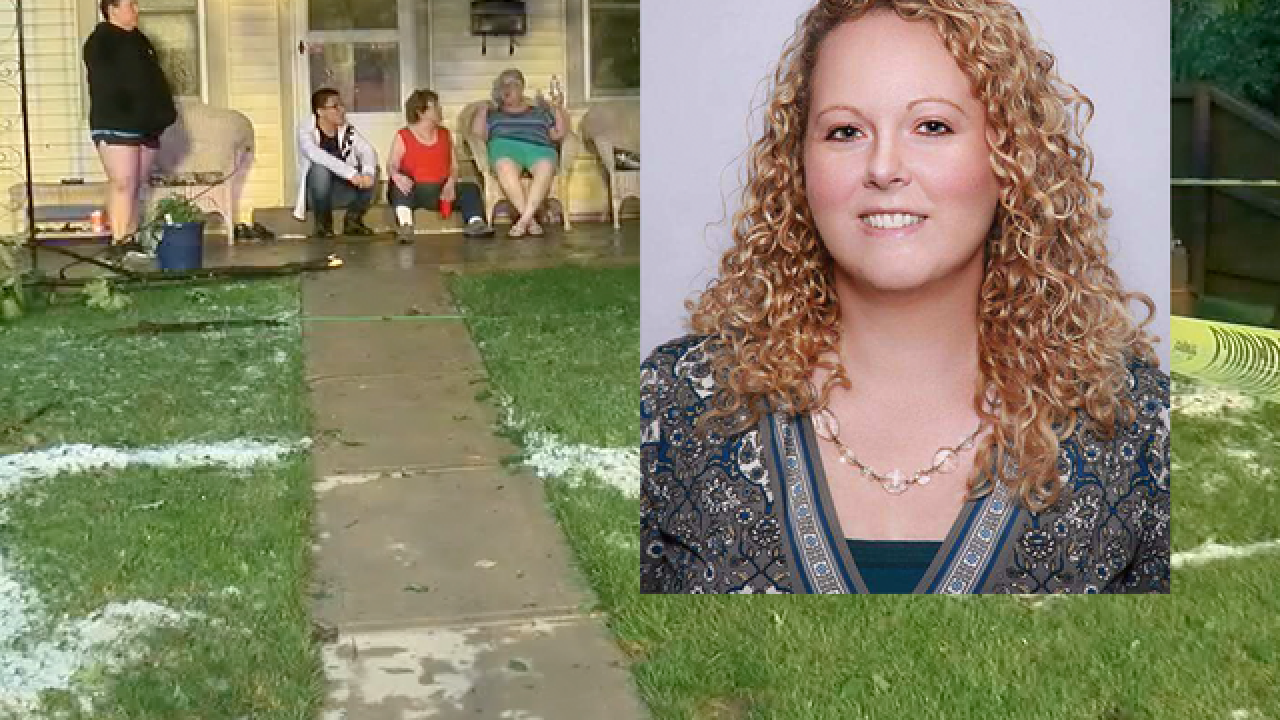 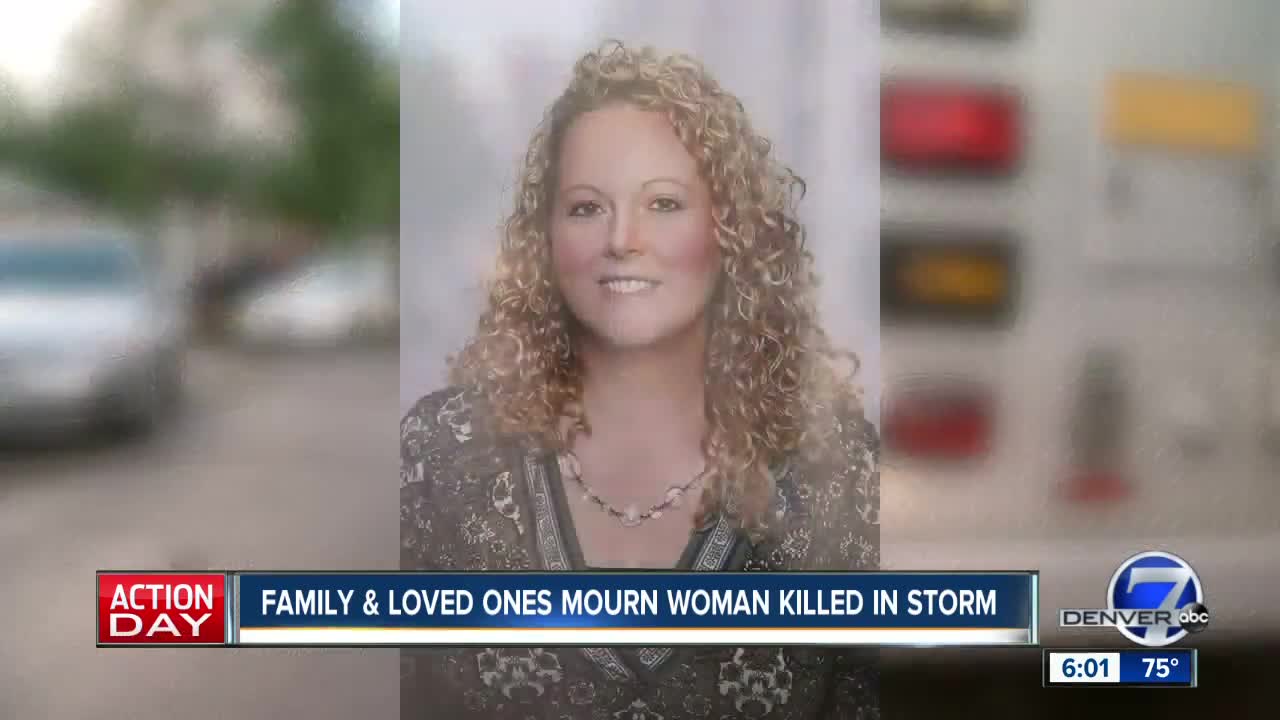 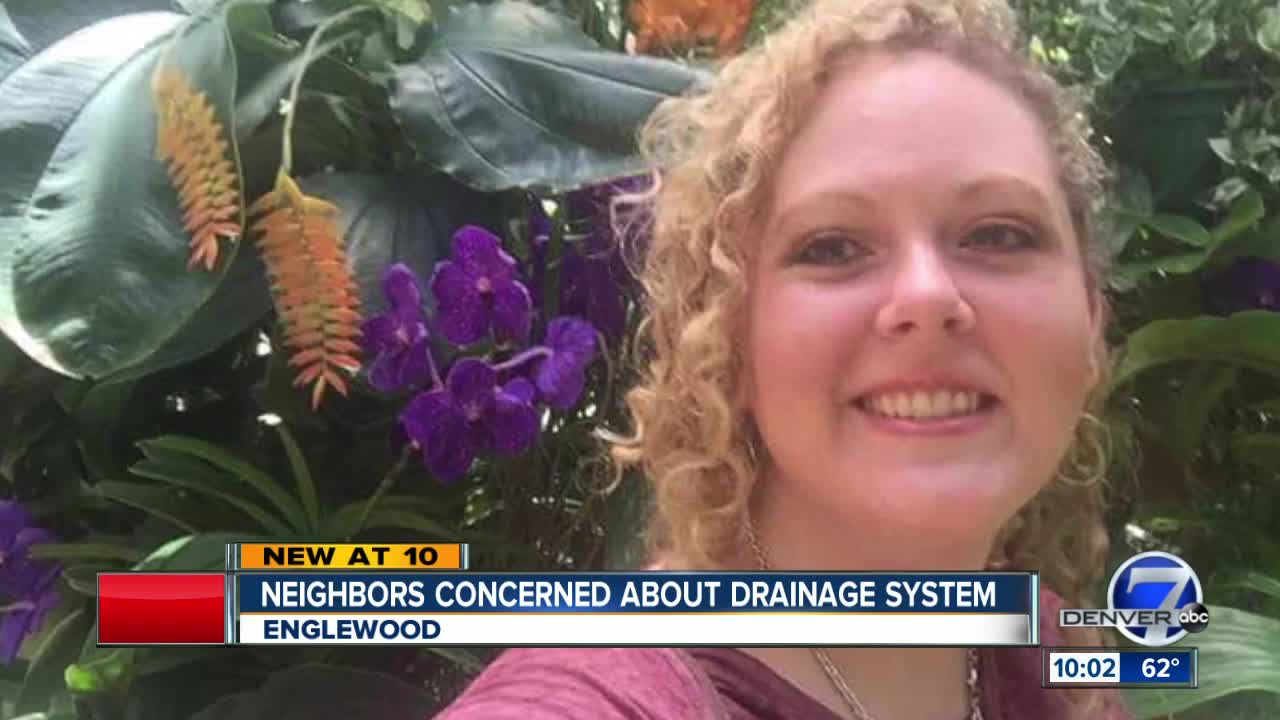 ENGLEWOOD, Colo. — The woman who was pulled from a flooded apartment during Tuesday’s storms has died.

The woman, identified as Rachael Marie Haber, 32, was found in a flooded basement apartment on the 4600 block of S. Acoma Street in Englewood. Three Englewood police officers were able to partially enter the basement and find Haber. She was not responsive and was transported to Swedish Medical Center after the basement filled with at least 8 feet of rain water. Englewood police said she died early Wednesday morning.

The coroner said an autopsy showed injuries consistent with drowning, but further tests on how she died were still pending.

Cindy Hartman, a tenant living above Haber told Denver7 that she heard pounding and screaming in the apartment below her and went downstairs to try to help the victim, but couldn’t locate the door because of how high the water was.

“The only thing I knew to do what go back upstairs and call 911 and pray that somebody would get her fast,” said Hartman.

According to Haber's mother, whom Denver7 spoke with Wednesday, Haber was working at an area hospital as a pharmacy specialist. She had just completed her PhD in Pharmacology and had been married to her husband for five years.

Kembra Allen, the basement apartment tenant, confirmed to Denver7 that Haber had stopped by after her shift to feed Allen's cat and that's when she was caught in the surge of flood waters. Allen's cat perished as well. A GoFundMe page has been set up for Allen, who was out of town at the time of the flood.

Wednesday, several residents began to clean up the mess left behind. Hillary Kulkarni is one of several that does not have flood insurance to help with the damage costs. Neighbors on South Acoma Street didn't think they would ever need it. Kulkarni's basement was destroyed.

"In a matter of like, 20 minutes, we were in our basement trying to figure out what to do and the water just came in rushing through all the windows and doors," said Kulkarni. "I didn’t know what to do. I grabbed some stuff and my dog and we just got out of the house.”

Her basement flooded, destroying most of her possessions including her wedding dress and other irreplaceable things. That paired with the tragic news of what happened up the street led her to accuse the City of Englewood of not doing enough when it comes to proper drainage in her neighborhood.

“This doesn't drain well and the city... I don’t know if the city is doing everything they can,” she said.

The Red Cross of Colorado assisted five total families as a result of flooding in Englewood. Kulkarni says the city hasn’t been out to clean the drains, and that neighbors had to do it themselves on Thursday before another round of storms came in.

Another GoFundMe page has also been set up for the Kulkarni family to help with the flood damage costs.

“The fact that that happened in 20 minutes and she couldn’t get out, it’s scary. It’s not OK,” she said.

Denver7 reached out to a city spokesperson specifically about the drainage issue. They said the city would not be addressing that. In an earlier statement regarding the nearby sinkhole incident, that same city spokesperson called the storm a "100-year event."

The storm drenched parts of Littleton and Englewood and caused flooding on streets, lawns and homes.

Police spokesman Chad Read said the water in the neighborhood was knee-high when officers arrived.

"There was water in the front yards, backyards and a car actually floated down part of the street and ended up in front of the house," he said.

The Associated Press contributed to this story.