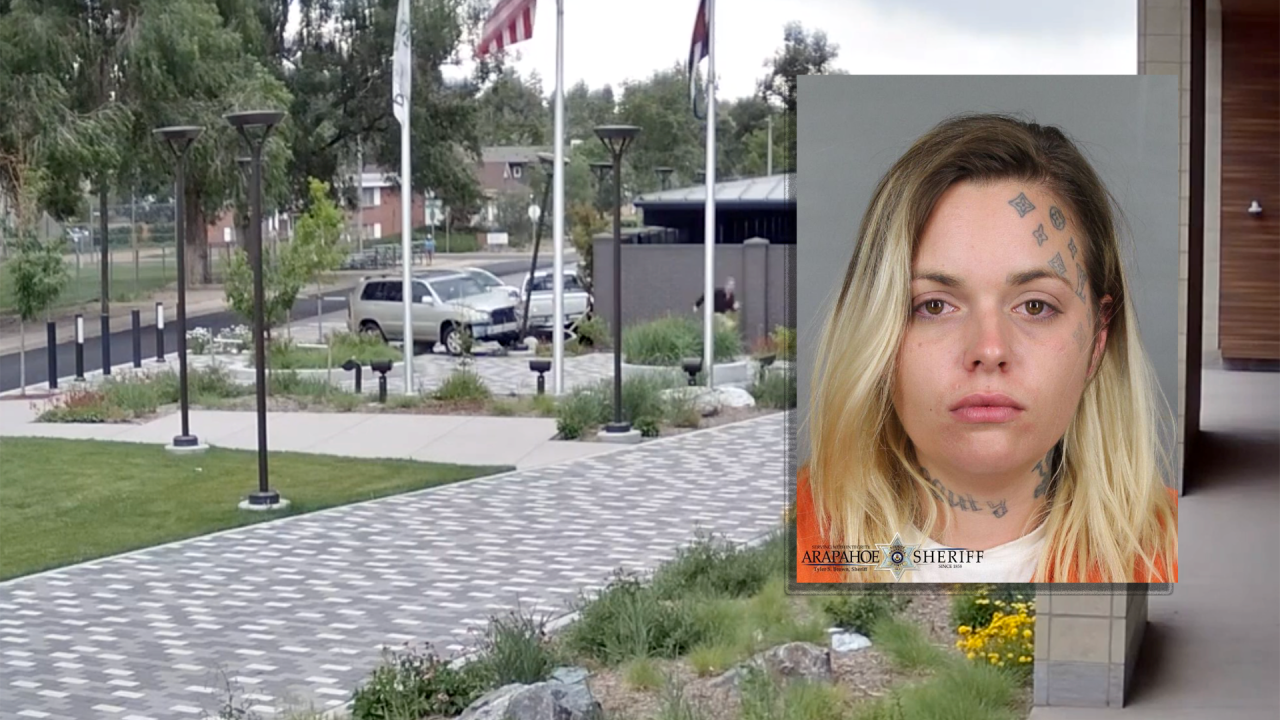 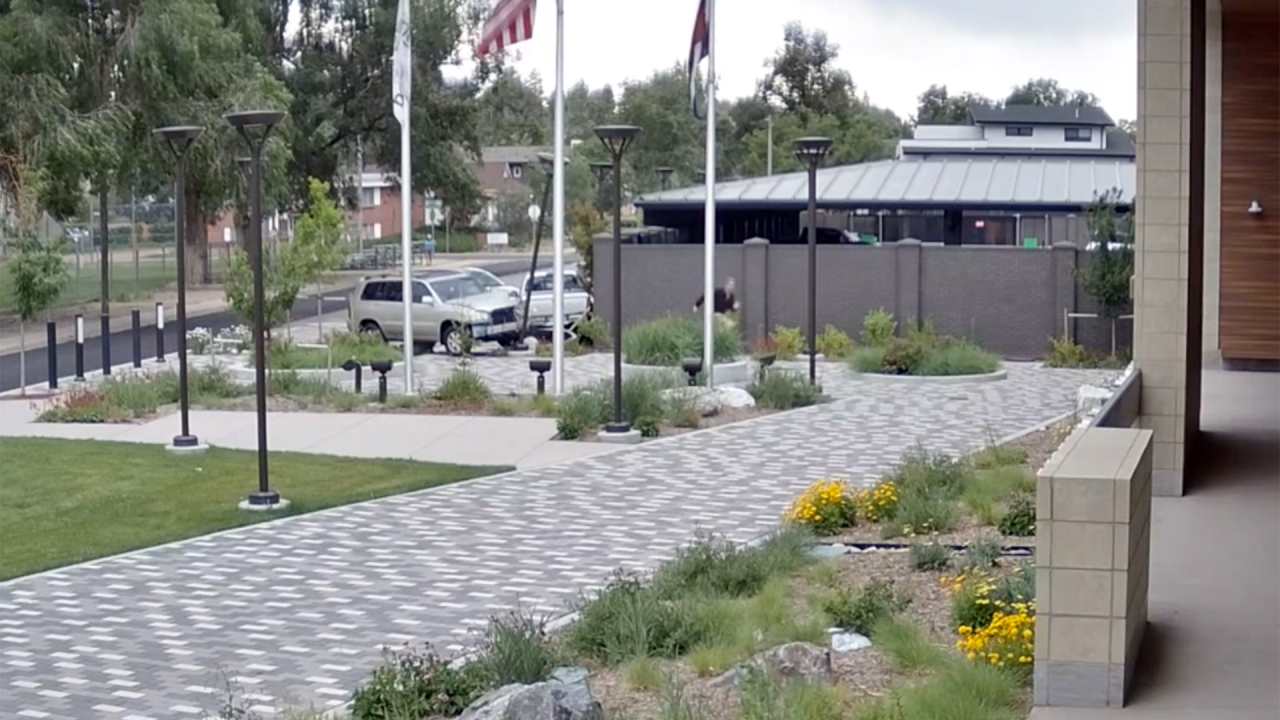 ENGLEWOOD, Colo. — A woman was arrested following a road rage incident that ended with a car crash outside the Englewood Police Department, Wednesday night.

According to the arrest affidavit, the suspect, Erika Boudreaux, said she was leaving a tattoo shop when a man began following her and calling her names.

"She stated she came up here to the police department when somehow they got into a car accident, but she couldn't be clear on how that happened," the court document stated.

The responding officer wrote that he "smelled the odor of an alcoholic beverage coming from her, and that her eyes were watery and blood shot."

The suspect stated she consumed 2 shots while at the tattoo shop, but couldn't tell police where the shop was.

According to police, the incident started around W. Dartmouth Avenue and S. Elati Street and involved two drivers — a man and a woman.

Police Investigator Scott Allen said both vehicles ended up in front of the police department, with one of them ramming into the other, pushing it through a landscaped area and into a security wall.

A neighbor, Ryan Berg, was visiting with friends in a nearby garage when he heard tires squealing in the distance.

He said he looked up and saw an SUV following a pickup, then saw the SUV ram into the pickup as it pulled into a parking place at police headquarters.

Berg said what happened next surprised him.

"The driver got out of the pickup," he said, "(the SUV driver) backed up real quick and then sped up to hit him again... and as she did that, he booked it before she could hit him, and ran into the police station faster than I've ever seen anybody run."

Police said the SUV driver drove toward the victim, but hit a light pole.

Allen said the man was trying to run into the police department.

After the crash, the woman fled the scene on foot.

She was arrested a short time later. Nobody was injured.

The victim told police he was traveling east on W. Dartmouth Avenue approaching S. Delaware, when he noticed a gold colored SUV driving northbound at a high rate of speed.

"He stated he slowed down to avoid the collision and the SUV did not stop at the stop sign, and made a wide right turn into westbound oncoming traffic," according to the affidavit.

The victim continued east. He told investigators the suspect pulled over to the right, then got behind him and began following him closely.

The victim told police that at a red light, Boudreaux got out of her SUV, approached his vehicle, punched it several times, and stated that she was going to kill him.

Fearing for his life, he started heading for the Englewood Police Department, where the incident was captured on security video.

Berg told Denver7 there were several other people walking their dogs or playing in the park when the incident happened.

When asked if he felt he was in danger, Berg replied, "At first, no, but after the fact, yeah, because I had seen a piece of debris fly right over my head."