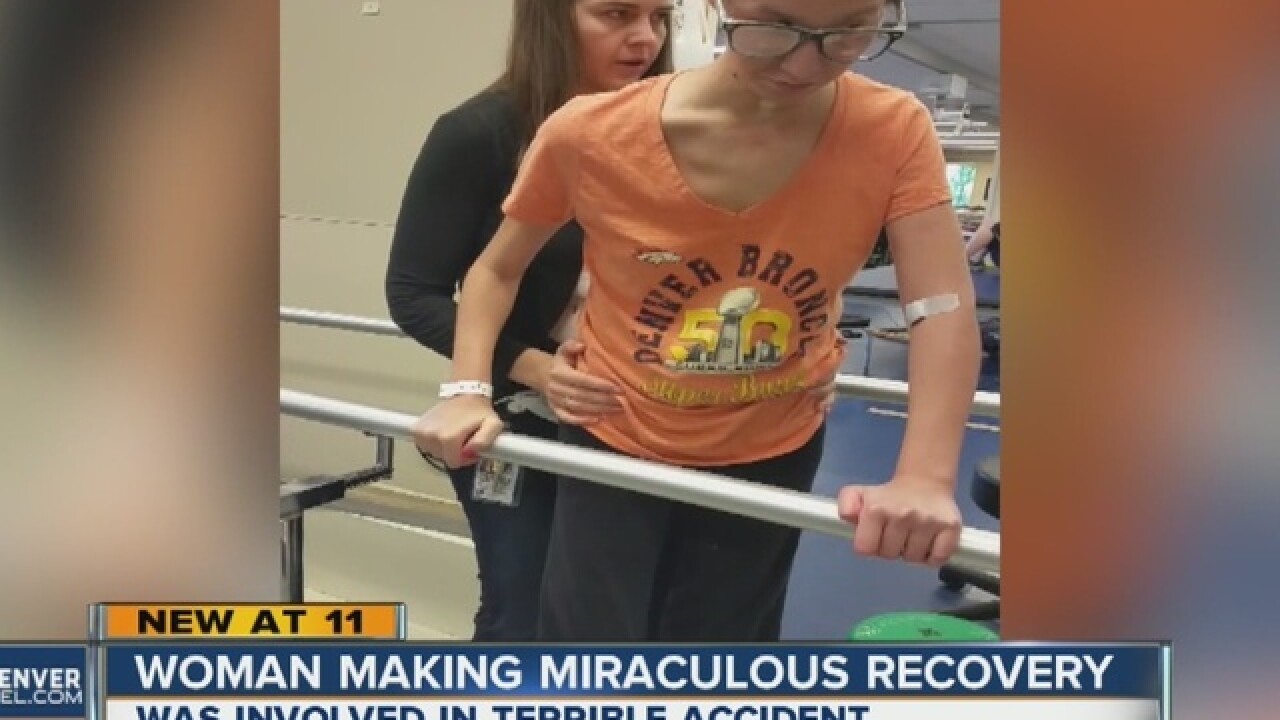 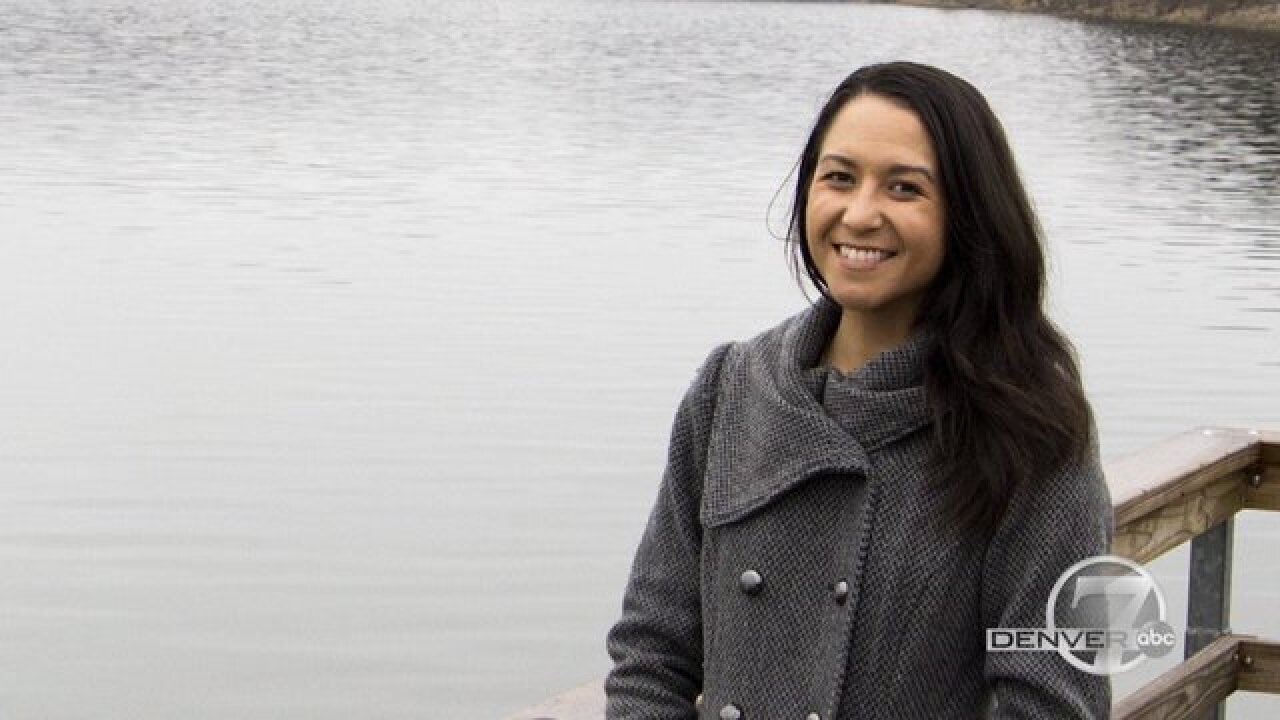 Denver7 has been following Molei Wright's recovery ever since she was involved in a terrible accident over Kenosha Pass on January 30th, 2016. She was in the passenger seat as her boyfriend Jeremy drove. Their car was hit by a truck. Jeremy was injured but recovered. Molei almost died.

A stranger is being called a hero for saving her life. Henry Rodriquez was driving over the pass with his wife when they happened upon the accident. Rodriquez ended up doing CPR on Molei for 45 minutes until he revived her.

When Denver7 reporter Eric Lupher first told this story, Molei was confined to a hospital bed, and hooked up to machines. She couldn't walk or talk and her spine was severed. Doctors said she was internally decapitated.

Molei's mother, Maureen sent Denver7 an update on Molei's recovery and it's nothing short of a miracle. Molei is up and moving again for the first time since the accident. She is playing the keyboard and remembers some of what she learned when she took lesson as a child.

The letter said in part:

"We have such good news to report about Molei," Maureen wrote. "She is learning to walk now.  Molei has played the piano since she was about six. She still remembers music.  She can now talk.  She will be having a procedure to help one side of her throat and hopefully this will help her talk more clearly.  We can understand her now, it's just very quiet. Molei has her sense of humor back and of course she has her 'never give up' attitude.  Her doctors, therapists and the staff at Craig have been so supportive. I heard a doctor tell her that her recovery is a 'triumph of spirit and life'. I think for me the very best achievement is hearing her talk.  I honestly had nights when I thought I never would hear her voice.  Talking to her, laughing with her and watching her with Jeremy, her family and her friends is the best gift I could have."

The family has now set up a Help Hope Live account for additional help as hospital costs continue to increase.