With storm approaching, Painted Lady butterflies will migrate away, take cover or perish 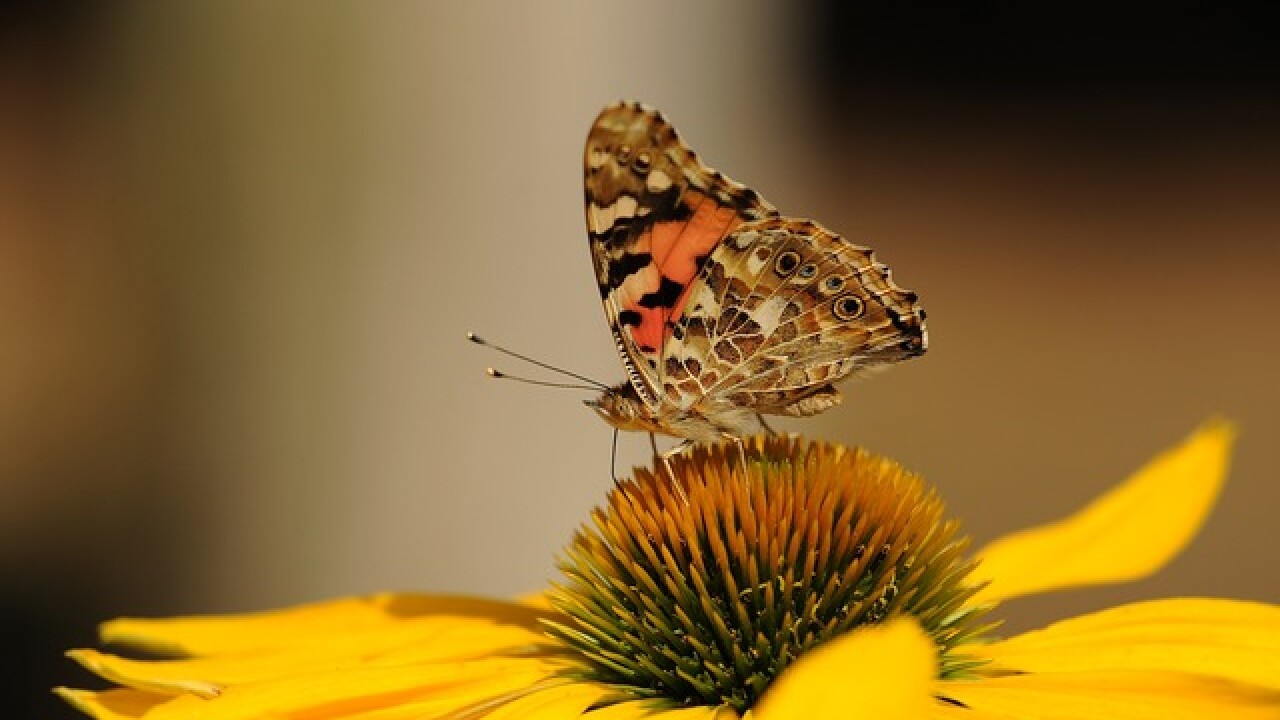 DENVER — What seems like a swarm of Painted Lady butterflies is upon the Denver metro area, but an upcoming storm is expected to stress the population.

The population migrated into the Denver area, and is expected to continue migrating south in search of their food source — flowers and nectar — according to Mario Padilla, an entomologist at the Butterfly Pavilion.

Before they continue their journey, a storm is expected to slam the Denver metro area, bringing snow for parts of the area, a rain snow mix in the city, and freezing temperatures across the region.

Thankfully for butterfly lovers, the stress on the population won't wipe it out, Padilla said on Friday. The expert said a small percentage of the population may die off from not taking cover, but the strong surviving will actually help with natural selection.

Butterflies like the Painted Lady are equipped with sensors and tools to deal with cold snaps, Padilla said. He explained they can sense changes in the weather and said they are able to slow their metabolisms to endure stretches without food.

The cold stretch may mean the butterflies aren't long for the region, Padilla said. With temperatures set to dip into the 20's on Monday night, some vegetation could be damaged, drying up their food source and forcing them to move along.

Regardless, there's no need to worry — the Painted Lady swarm likely laid some eggs, allowing for another season of the beautiful insects in short order.