With Sports Authority in bankruptcy, Denver7 asks why the signs can't be taken off Mile High Stadium 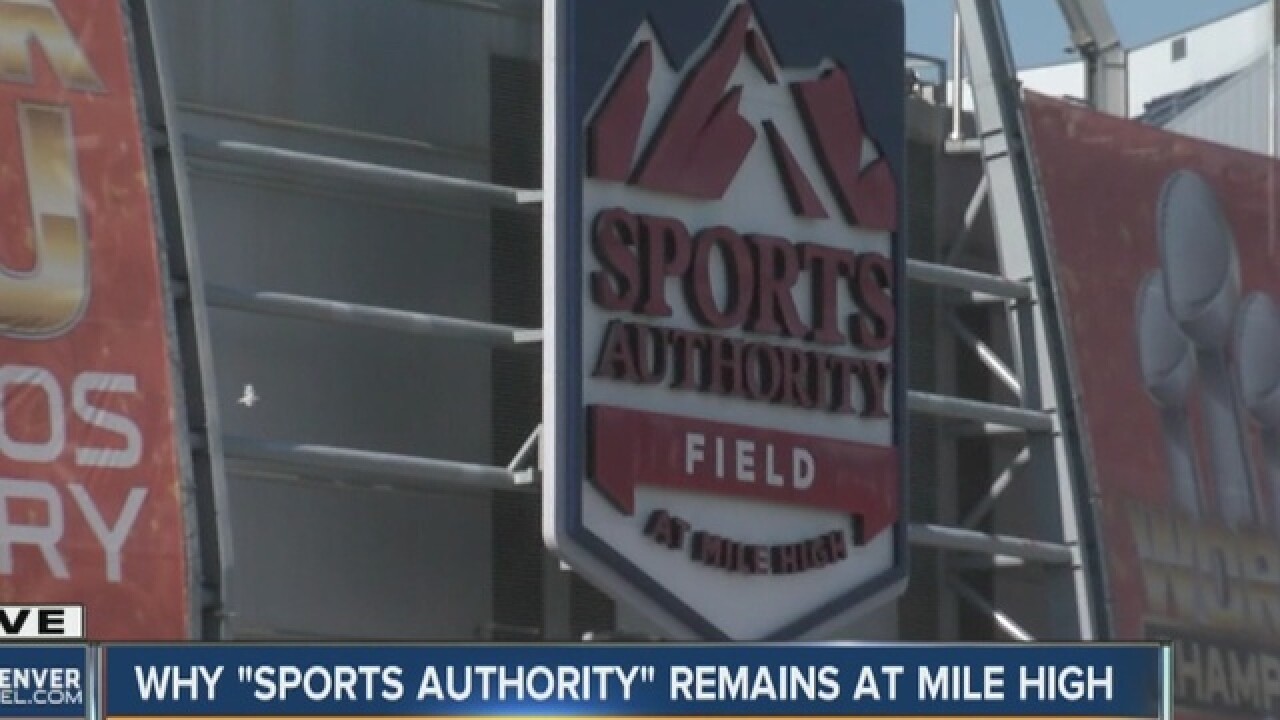 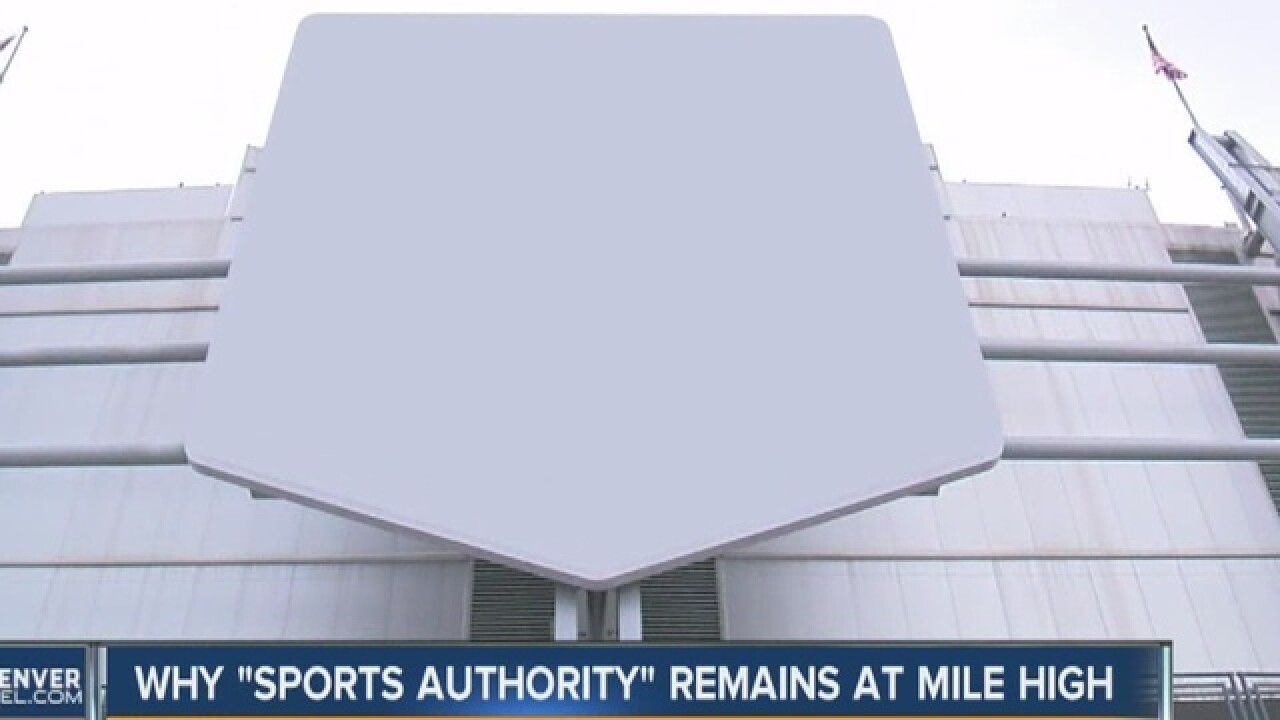 The deadline to take over the naming rights for Mile High Stadium came and went Monday afternoon.

Sports Authority hired a consultant to sell the remaining five years and almost $20 million on the naming rights contract for Mile High Stadium. That consultant set a 3 p.m. MDT for bids to take over the naming rights. The consultant needs to submit any winning bid to the bankruptcy court for considering.

The Metropolitan Football Stadium District, which negotiated the naming rights contract, has already notified the court that it wants to be notified of any winning bid because it may want to object. The board met Monday morning to discuss the status of Sports Authority's bankruptcy case.

"We actually thought this would be a done issue some time ago," said stadium district chairman Ray Baker.

"I wish I had more to tell you, I think we're in a waiting game," said stadium district attorney Craig Umbaugh.

Denver7, and Broncos fans for that matter, want to know why Sports Authority's name is still on the stadium when it's a bankrupt company going out of business.

"We know Sports Authority is out of business, why can't you take the sign off the side of the building?" asked Denver7 reporter Marshall Zelinger.

It could be until Sept. 1 before the signs can change, but that's one week before the Denver Broncos home opener.

"Mile High Stadium, you know, those of us dinosaurs call it that," said Broncos season ticket holder Karl Stecher.

Stecher, a season ticket holder since 1976, was the only fan to attend the meeting to let the stadium district know he and "thousands, if not millions of others," feel the stadium should be "Mile High."

"Sure, it's going to cost about $10 million a year for the upkeep, the grounds, the elevators, the seats; that money needs to come in from somewhere, and my question is, where can we get another income stream that doesn't have to have somebody's name tacked on it?" said Stecher.

The bankruptcy court has set a July 8 deadline for objections to a potential naming rights bid. That means the stadium district would know before that date if any company were selected to take over the naming rights. The court hearing is set for July 15.

The board did decide to prepare a draft RFP or "request for proposals." The board wants to be ready to hire its own consultant to determine the new value of the naming rights and solicit its own bids.