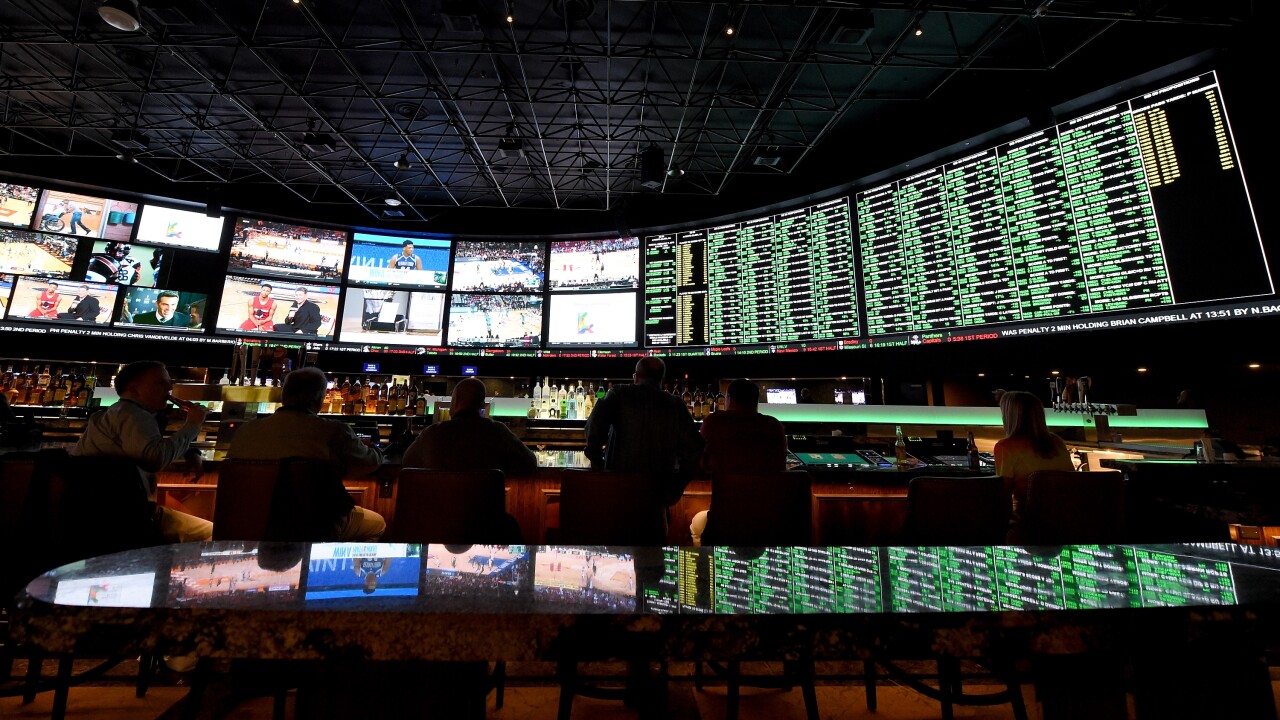 DENVER — It's been a slow few months for sports fans. But sports bettors are apparently finding ways to stay occupied.

In Colorado's first full month of legalized sports gambling, bettors placed about $25.6 million in wagers in May — all online, as Colorado casinos remained closed, the Colorado Department of Revenue said Monday.

In a month where baseball and basketball would normally take top billing, it was table tennis that became the most-wagered sport in Colorado, with about $6.5 million in bets placed.

The overall result for Colorado was tax revenue of $96,537.55, according to state officials.

Sports betting at both casinos and through online apps became legal in Colorado on May 1, as most American sports leagues remained on hiatus amid the coronavirus pandemic.

But as evidenced in the Colorado numbers, some European table tennis matches continued, the Ultimate Fighting Championship held a mixed-martial arts event on May 9, and the Korean Baseball Organization returned to play in May.

Mixed-martial arts saw the second-most wagers placed in Colorado in May, and baseball was the third-most popular sport for bettors.

Dan Hartman, Colorado's director of the Division of Gaming, called the May revenue totals "an encouraging predictor for the potential for the Colorado sports betting landscape."

"It shows a bright future for the Colorado sports betting market," Hartman said.

The Colorado Limited Gaming Commission issued 25 operator licenses for sports betting, which included the two casinos in Black Hawk. In May, only six online operators were up and running for Colorado betting.

PGA Tour golf returned in June, along with European soccer leagues. Sports betting will presumably pick up this month as the MLB and the NBA return to play.

Late last year, the Division of Gaming, in a memo, estimated the sports betting would bring in about $1.5 million and $1.7 million in tax revenue for the Fiscal Year 2020-21, only a fraction of some initial estimates for legalizing sports gambling and below the threshold needed to transfer money to the state water fund.

Majority Leader Alec Garnett, D-Denver, who sponsored the bill, had estimated that legalized sports gambling could produce $10 to $20 million in tax revenue each year, though Garnett cautioned that betting "is not quite the windfall people expected" in other states.