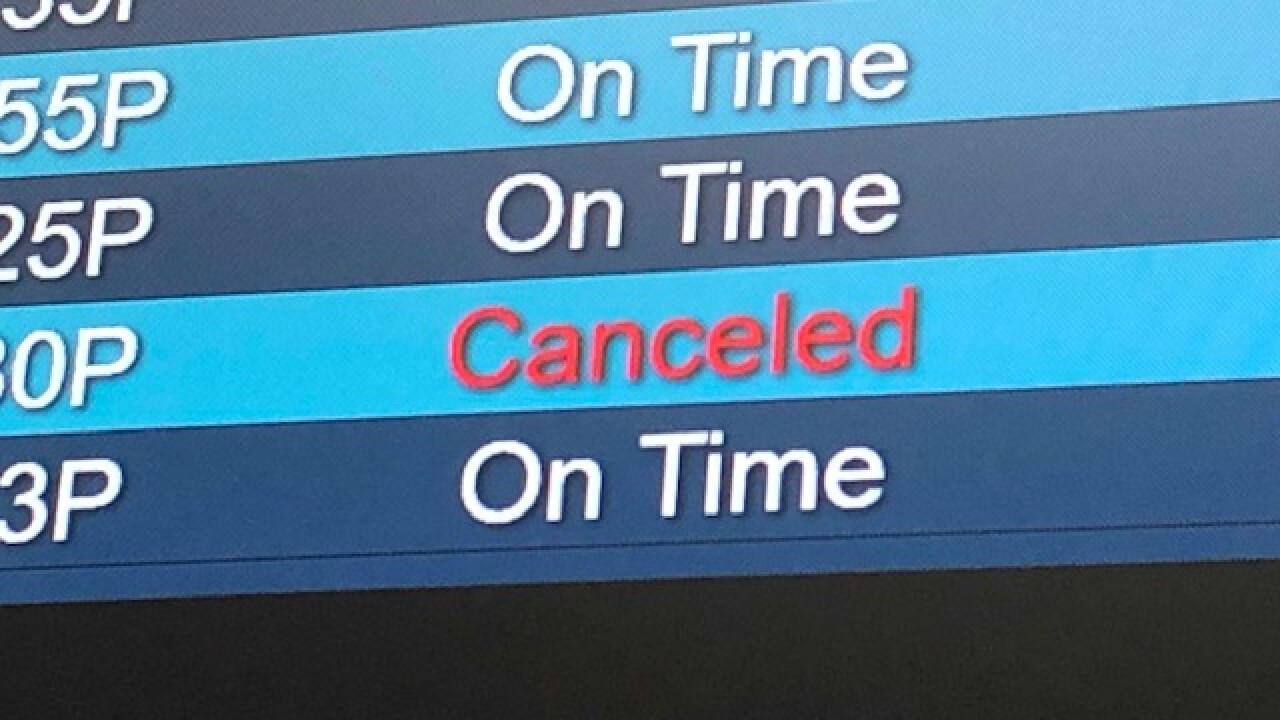 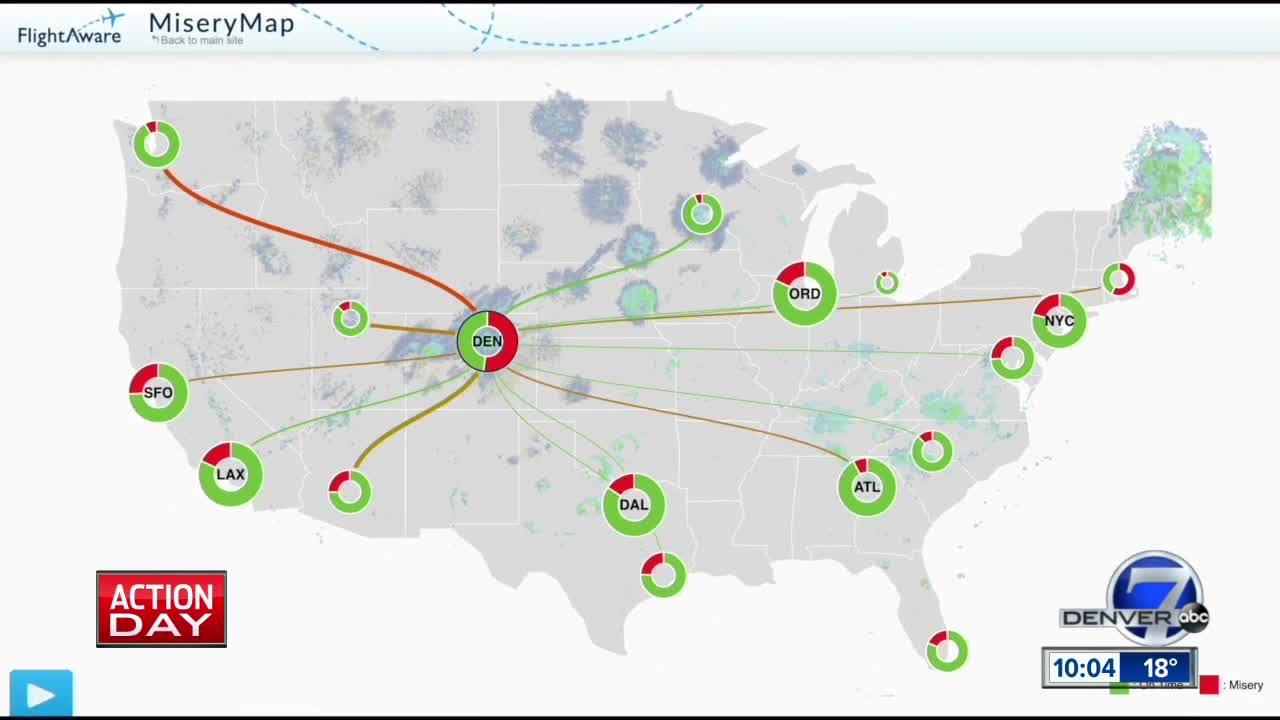 The airport said ground operations were normal, but the airlines themselves are experiencing a few headaches.

The Flight Aware "Misery Map" shows Denver has experienced more than 825 delayed flights, and more than 60 cancellations, since the storm began.

"We're actually one of those cancellations," said Taylor Norman, an Oklahoma City resident who was stranded briefly at DIA. "We actually had to find a different flight to get back home, and unfortunately, the flight we found to get back home is delayed."

Norman's friend, Gracie Stell, told Denver7 that they "had to take a shuttle to the airport this morning. Got up about 9:30 and we're still at the airport."

Several people were hanging out in the main terminal, waiting patiently on the floor. Some were eating snacks.

Those numbers will likely grow as the storm intensifies.

Denver7 talked with one couple waiting for their luggage on Level 5.

They said their flight leaving San Francisco was delayed because of heavy winds in the bay area, and that it was also delayed arriving in Denver because of ice.

Oregon resident Marli Miller said she was visiting friends in Colorado Springs when she heard about the winter storm. She decided to drive up to Denver the day before her flight was scheduled to leave.

"My flight is not until tomorrow," she said. "But I decided to come a day early and stay at the airport hotel so I don't have to drive up here through all this snow tomorrow morning."

Airport officials routinely say that passengers should check the status of their flight before they start heading to the airport.

With more bad weather expected Monday, those who travel are advised to leave early and give themselves plenty of time.