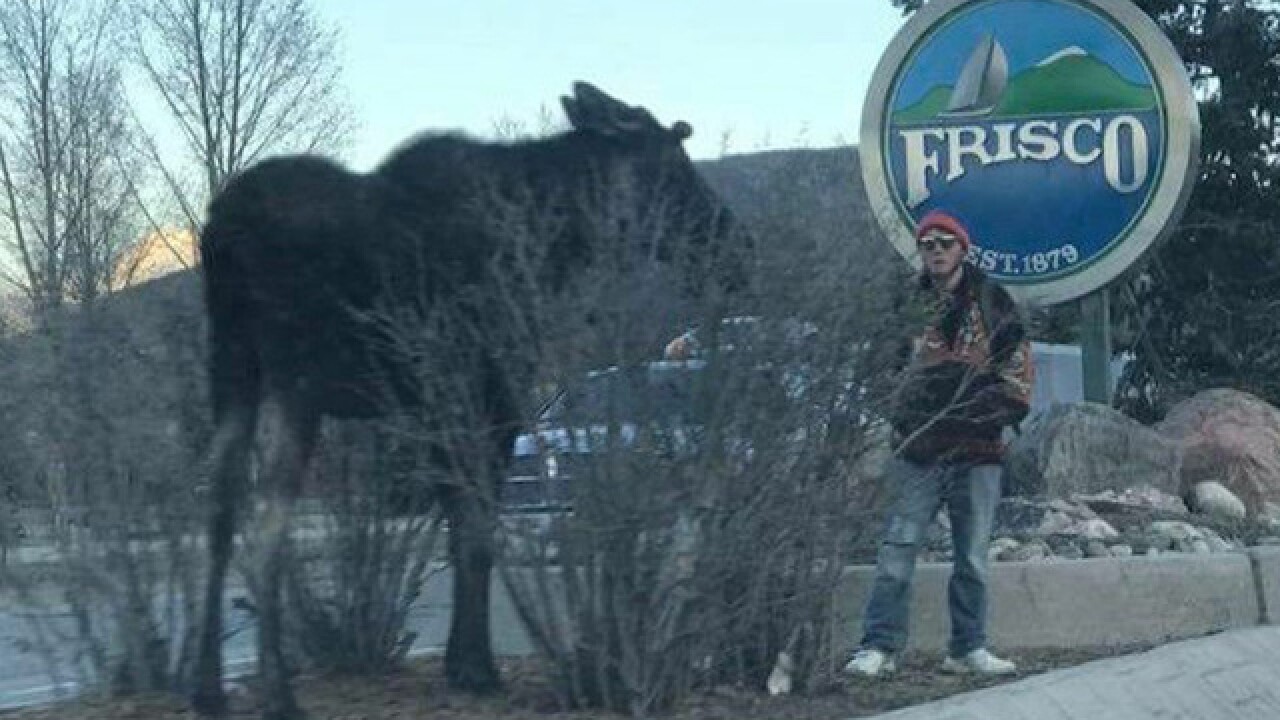 Copyright 2018 Scripps Media, Inc. All rights reserved. This material may not be published, broadcast, rewritten, or redistributed.
<p>Wildlife officials say they have identified and contacted the man in this photo, who allegedly harassed a moose in Frisco on May 4.</p>

FRISCO, Colo. – Colorado Park and Wildlife officials have been able to locate and contact two people who were recently seen interacting with moose in Summit County but they need the public’s help finding two men connected to a third case.

In one case, a man was photographed after allegedly chasing a moose in Frisco on May 4. With the help of tips from the public, CPW officials identified the man and learned that he’d been detained by police that same day.

Separately on Friday, a woman posted a video on social media that showed her feeding a moose through a car window, CPW said. The woman later deleted the video, but officials located her and issued her a citation for illegally feeding wildlife.

In both cases, wildlife officials were able to locate the individuals through social media and tips from concerned members the public.

"If high-profile cases like this serve to spread the word, whether through social media or the grapevine, that alone has accomplished much of what we are trying to do to inform the public," said District Wildlife Manager Elissa Slezak. "It was encouraging to see how many local folks are already aware of the dangers relating to moose, so there is definitely some community self-policing going on."

Wildlife officials have since learned of another incident, caught on camera about three weeks ago, in which two men approached and tried to touch a moose in Frisco’s Drake Landing neighborhood. At one point, the moose kicks at one of the men, appearing to hit him.

CPW shared the video (below) in the hopes that the public can help identify the two men.

CPW officials said moose do not attack people unprovoked; however, they will defend themselves very aggressively if threatened or harassed. They added moose do not fear people and will stand their ground, giving the impression they are tolerant of a human's presence.

Anyone with information on this case should call CPW’s Operation Game Thief program at 877-265-6648.