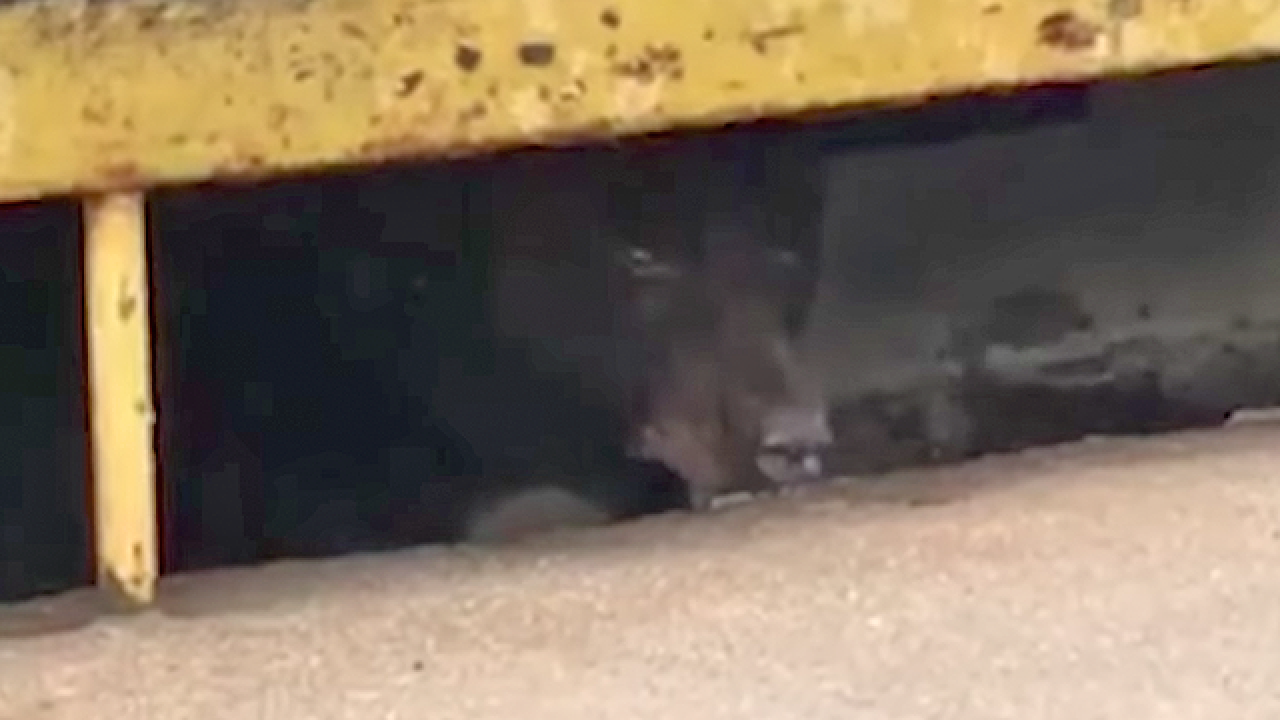 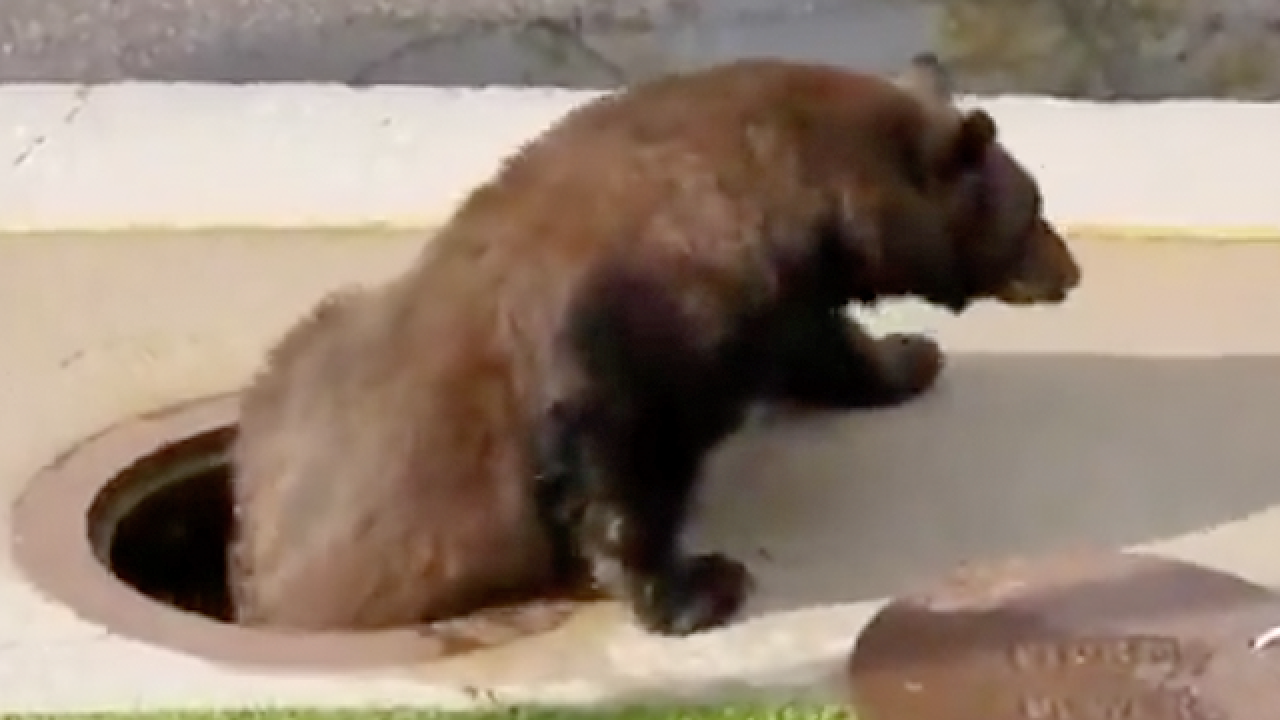 It’s not clear how the 250-pound black bear managed to get itself stuck in the drain, but Colorado Parks and Wildlife tweeted that with no obvious exit available, officers would open a manhole cover above the animal in hopes it would climb out.

This bear has managed to get into a storm sewer in #ColoradoSprings. @COParksWildlife officer is on the scene. #wildlife pic.twitter.com/nGffS48Fbf

Officers tweeted that they hoped they could avoid handling the bear because that would result in the animal being tagged. Once a bear is tagged, it could be euthanized after a second encounter with humans.

With no obvious exit available, @CSUtilities is responding to open a manhole cover above the Barre in hopes it will climb out. Then @COParksWildlife officers will haze the bear in hopes of scaring it away from this neighborhood and back into the forest. pic.twitter.com/qoUoSH7ZYC

About 6 minutes later., the CPW tweeted that the stuck bear crawled out of the open manhole and ran off. Officers fired a non-lethal rubber slug at the bear as officers chased it into an open space behind the Colorado Springs neighborhood.

About 6 minutes after the manhole cover was removed, out came the bear, estimated to be 3 to 4 years old and about 250 lb. An @COParksWildlife officer fired a non-lethal rubber slug at the bear as officers chased it into an open space behind this #ColoradoSprings neighborhood. pic.twitter.com/F4f6FEcFI9

This is the second bear sighting in the state in one day. Police in Parker were tracking a bear that wandered into a neighborhood earlier in the day.