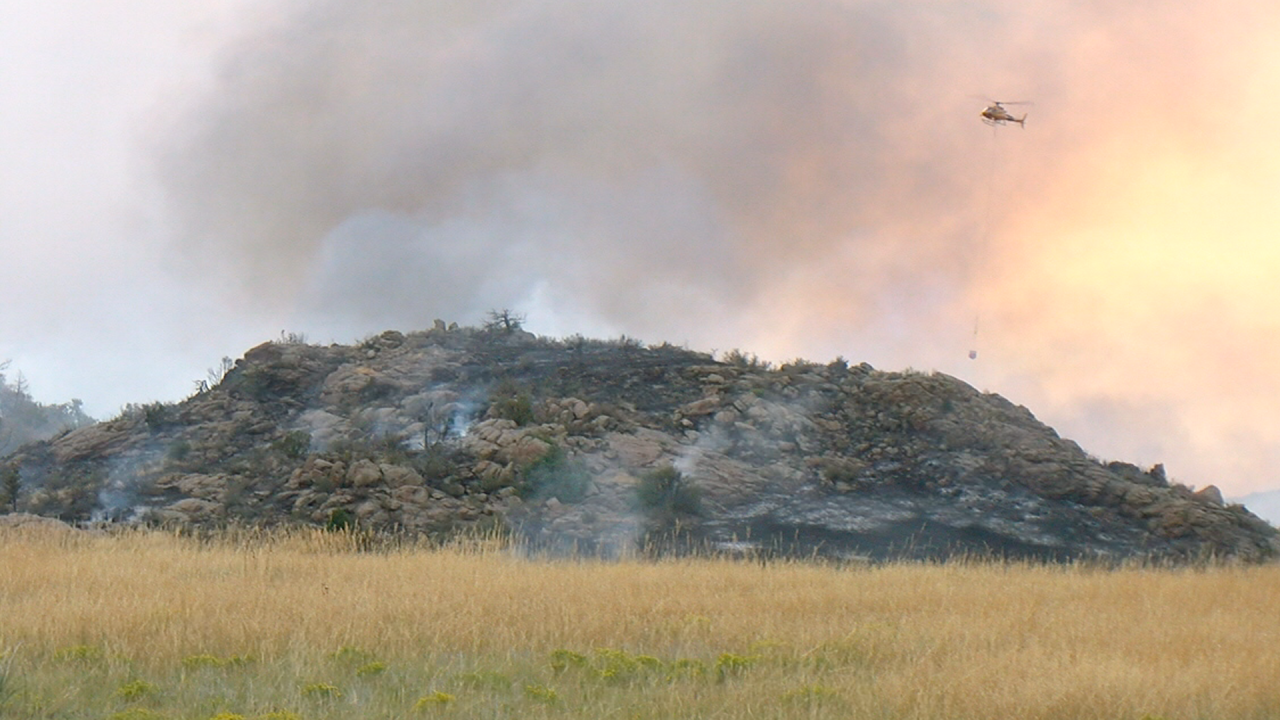 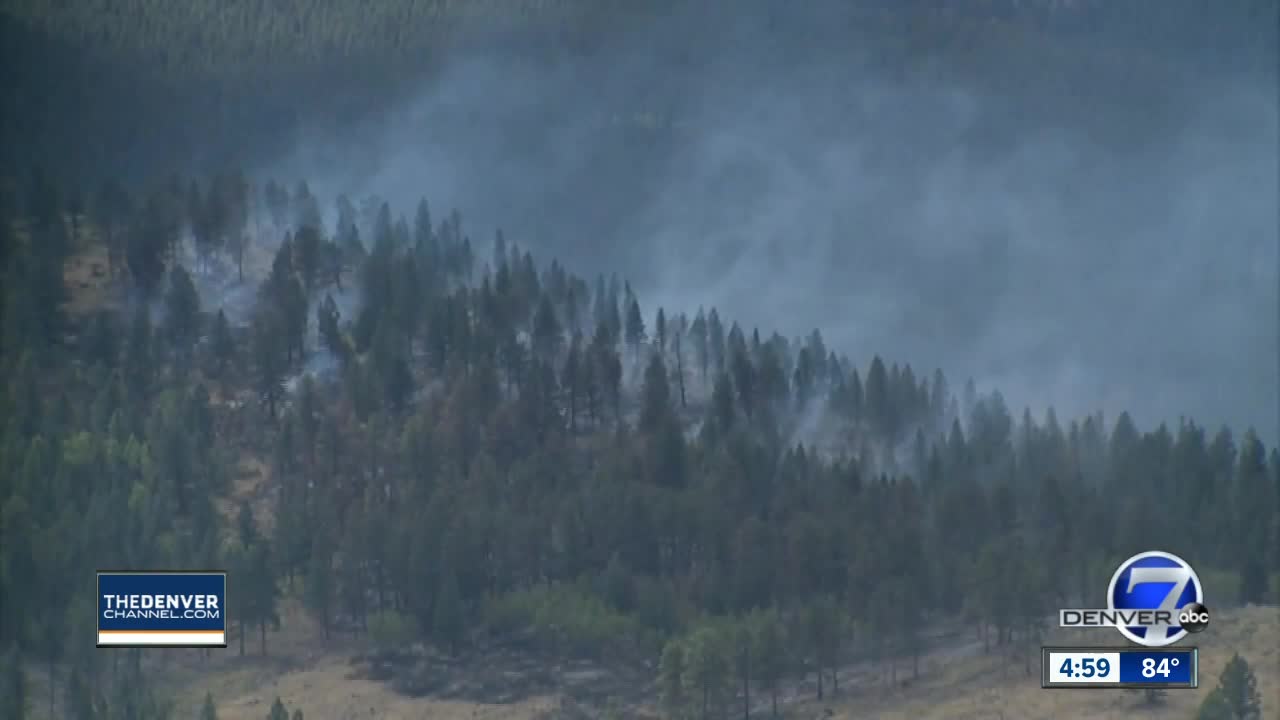 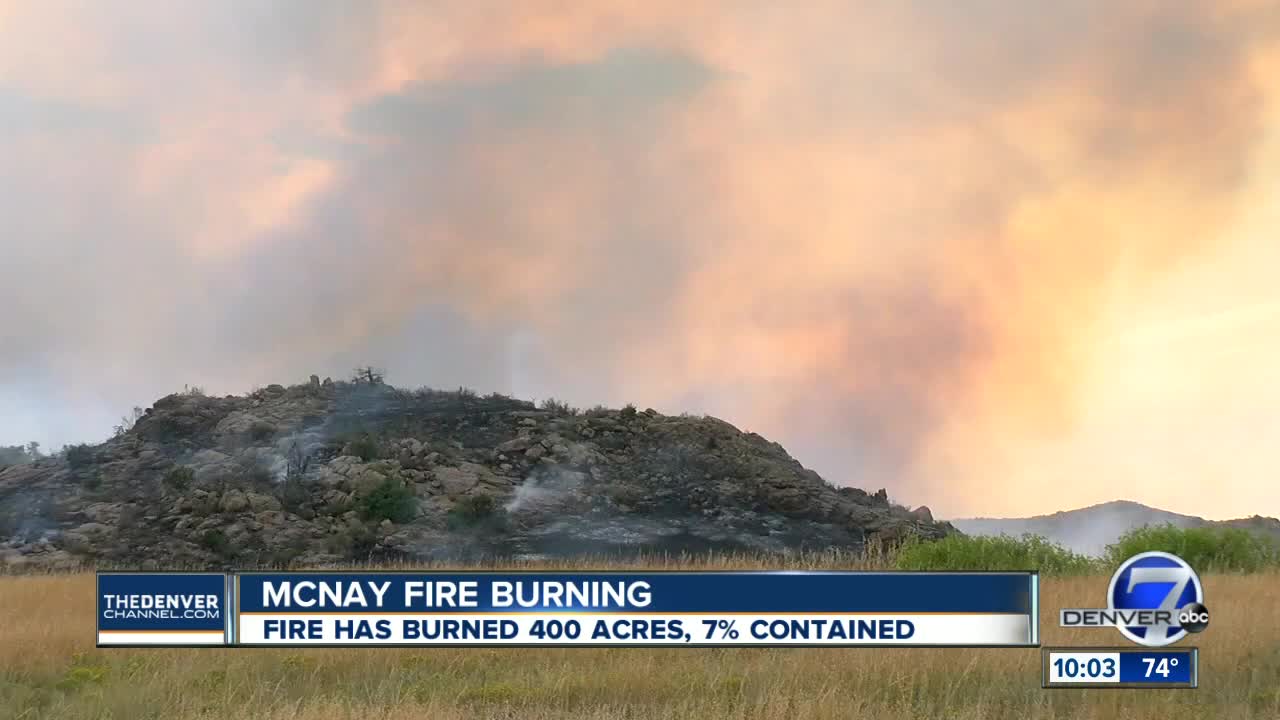 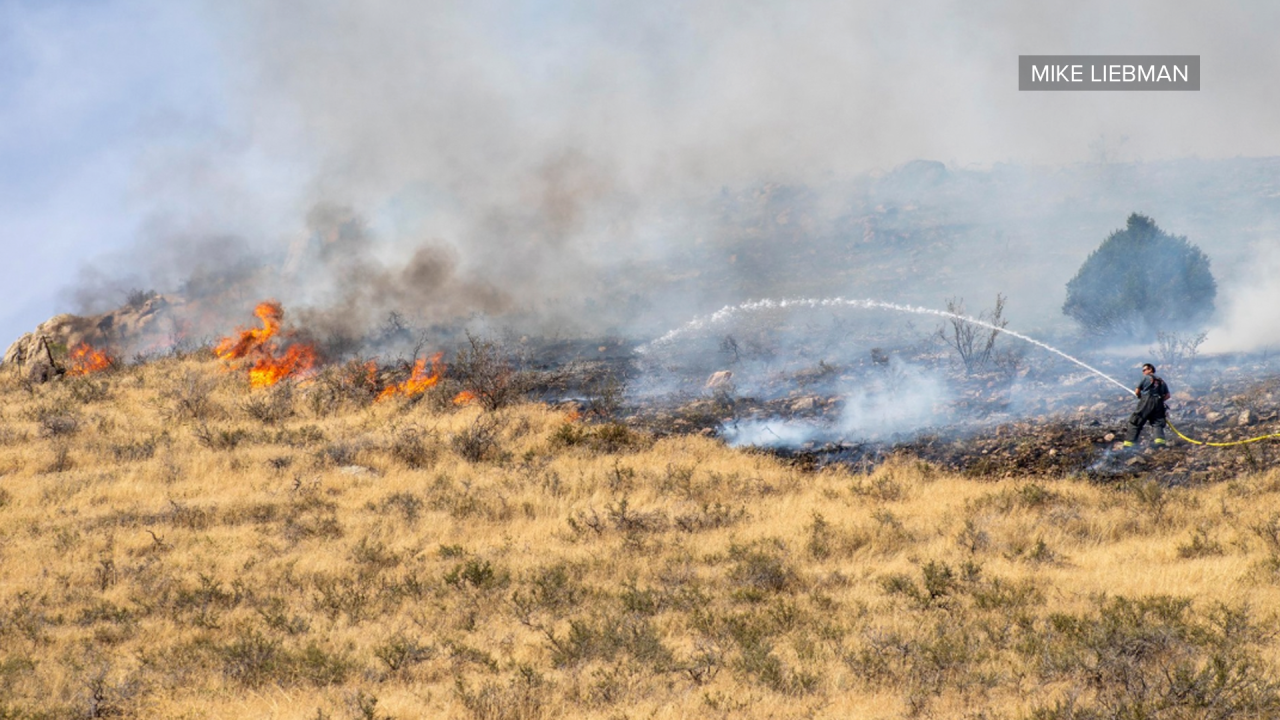 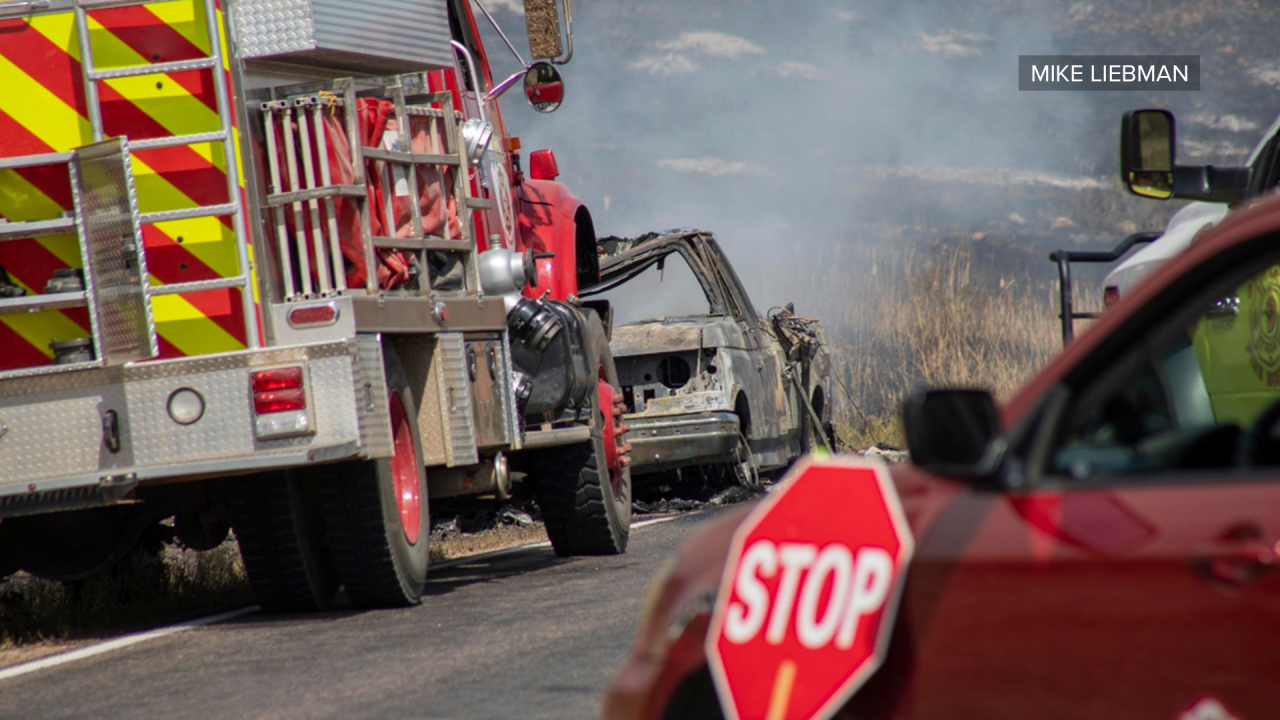 DENVER — Crews battling at least three wildfires burning in Colorado are getting a handle on containment.

The McNay Fire in Larimer County was burning about 542 acres as of Monday morning near the area of County Road 74E and Boy Scout Ranch Road, near Redfeather Lakes, according to the sheriff's office. Authorities were asking three to five homes in the area to evacuate, but the evacuations were voluntary. By 6 p.m. Monday, those voluntary evacuation orders had been lifted. The fire grew northwest Sunday night into Monday morning, the sheriff's office reported.

The fire was 77% contained as of Monday evening and burning mostly grass, timber and brush in rocky and steep terrain, the sheriff's office tweeted. The fire is believed to have started from a truck fire Sunday morning. The charred vehicle was towed away Sunday evening.

#McNayFire UPDATE - accurate mapping by the MMA mission today puts the fire at 542 acres w/ 32% containment. The fire grew northwest overnight - away from structures. Crews are working hard & there are now 130 fire personnel on scene. Here's the map of the fire provided by MMA. pic.twitter.com/MZinOgxU0Q

The McNay Fire has also knocked out power to at least 3,600 people in the area, according to Poudre Valley REA. By 6 p.m. Monday, all power had been restored.

No injuries and no damages to structures have been reported.

The Park County fire, called the 64 Alpha Fire, was near the Pine Gulch subdivision, where some homes were being evacuated along County Road 64A and County Road 64B. The Jefferson County Sheriff's Office tweeted about smoke being seen in the area of Bailey.

On Monday, officials reported the 64 Alpha Fire was 50% contained and full containment is expected by the end of the day Tuesday. Residents in need of shelter were asked to contact the Salvation Army at (719) 838-0140.

The Decker Fire, which has been burning since Sept. 8 about nine miles south of Salida, almost reached 850 acres Sunday afternoon.

The previous estimate, which was released on Saturday at 2 p.m., had the fire at about 355 acres. There was significant growth Saturday, but Sunday’s calmer winds and increased cloud cover kept fire activity to a minimum, officials said.