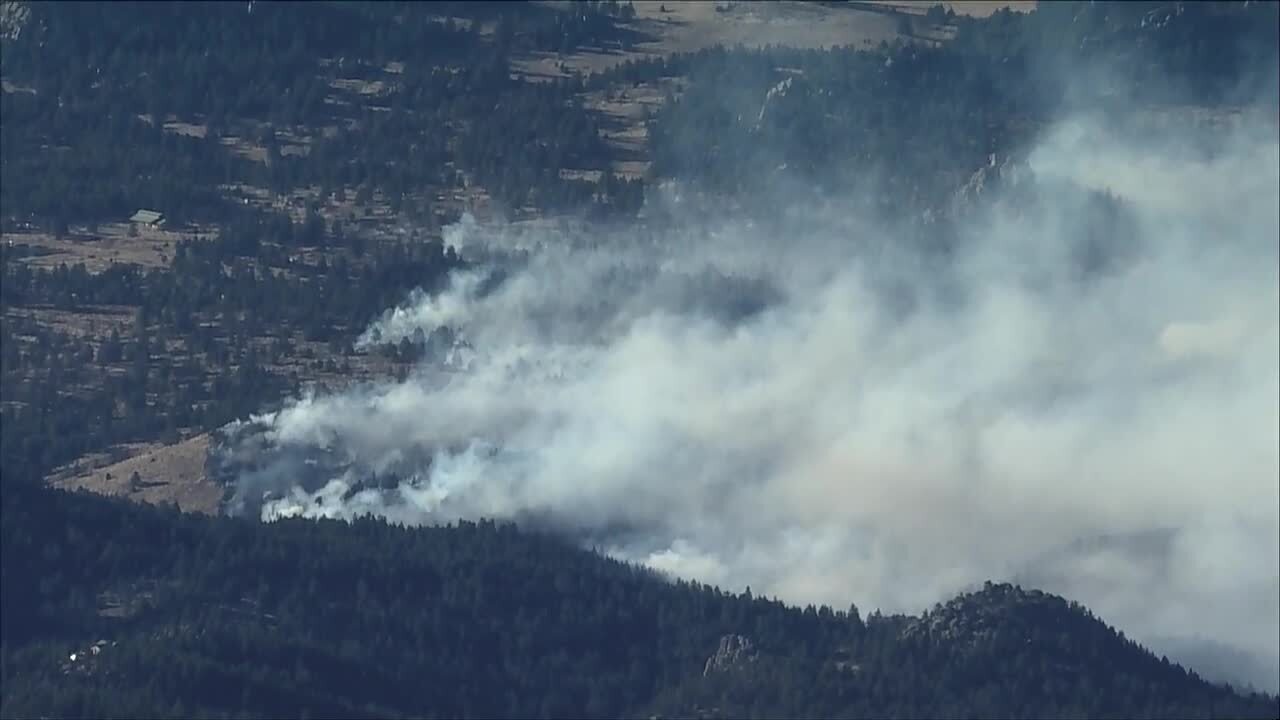 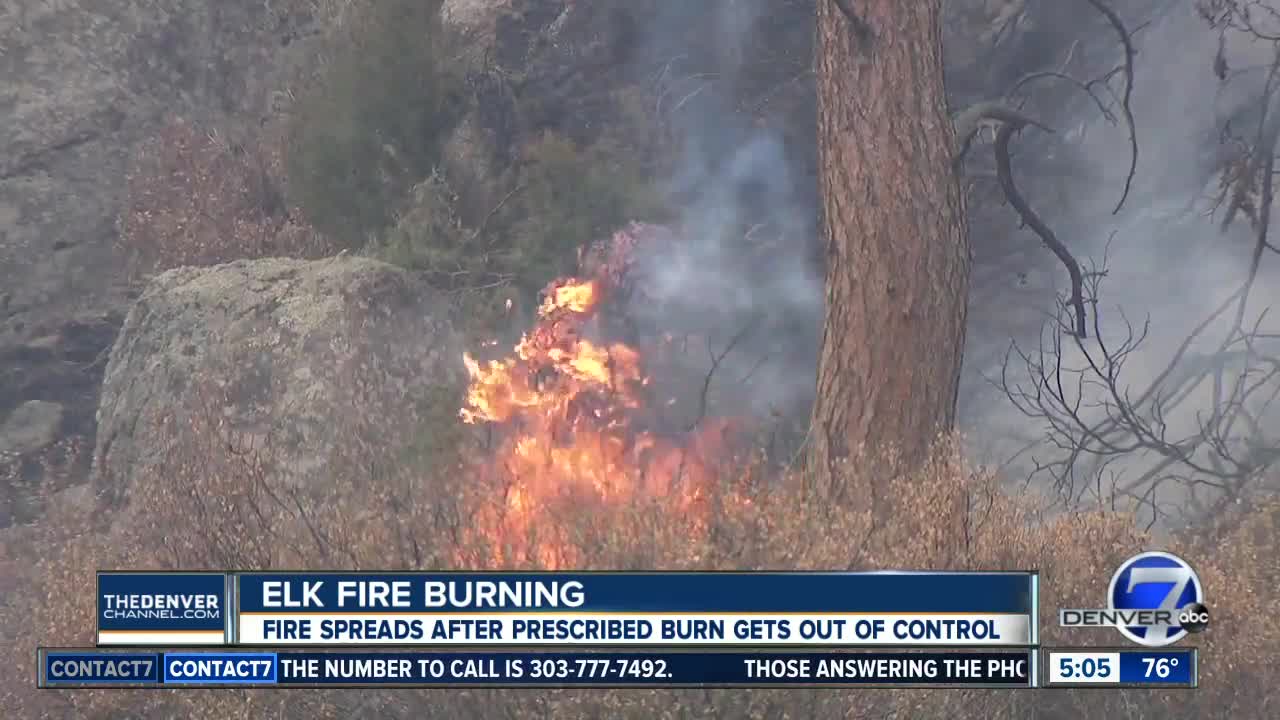 LARIMER COUNTY, Colo. — A prescribed burn that got out of hand northwest of Fort Collins was 80% contained by Thursday night, officials said. The Elk Fire had burned about 150 unplanned acres of land along with the 472 planned acres.

The burn was started by the Nature Conservancy, the Elkhorn Creek Forest Health Initiative and partnering groups but was reported out of control Wednesday.

About 120 firefighters from several districts are working to get the fire under control.

Walt Glorius has been living in the area for 31 years and says he’s been evacuated three times.

Glorius says he started suspecting that something was wrong Tuesday when he saw thick plumes of smoke billowing from the mountain along with flames.

“I knew we were in trouble. I knew it,” Glorius said.

He pulled out a digital camera and started snapping photos of the smoke from his back porch in case something happened to his home.

“We got a lot of memories in my home. I love where I live, it’s paradise. I don’t want to start all over again at 80 years old,” Glorius said.

Residents were ordered to evacuate from several sections of the surrounding area Wednesday evening with reverse 911 phone calls. Many either stayed in hotels or in their cars with their pets outside a nearby community center.

Several residents were confused as to why the burn was prescribed in the first place and how it got out of control.

On a Facebook group, resident Tim Erickson asked before the planned burn had gotten out of control about what safeguards were in place given weather reports that westward winds were expected in the area around the same time.

The Coalition for the Poudre River Watershed responded saying firefighters were staffing the fire and that the burn would only happen if the weather permitted.

“If it was from lightning or something like that, you can accept it a lot easier” Glorius said.

Glorius believes the burn shouldn’t have happened in the first place.

“They were wrong. They should not have done this. We’ve had very little moisture for at least three months, it’s warm and it’s dry,” he said. “There were too many people in danger of losing their homes. Thank God nobody did.”

He would like to see some accountability for the burn getting out of hand and endangering homes.

Denver7 reached out to the Nature Conservancy for an interview but was denied. The group said that it’s focusing all of its efforts on firefighting at the moment.

There was a permit issued for the burn that was approved by the Larimer County Sheriff’s Office on October 1.

Thursday evening, some of the residents were given the green light to return home. However, part of one neighborhood was informed they will have to wait until Friday morning to return home depending on the weather.