Why lightning strikes this area more than anywhere else in Colorado 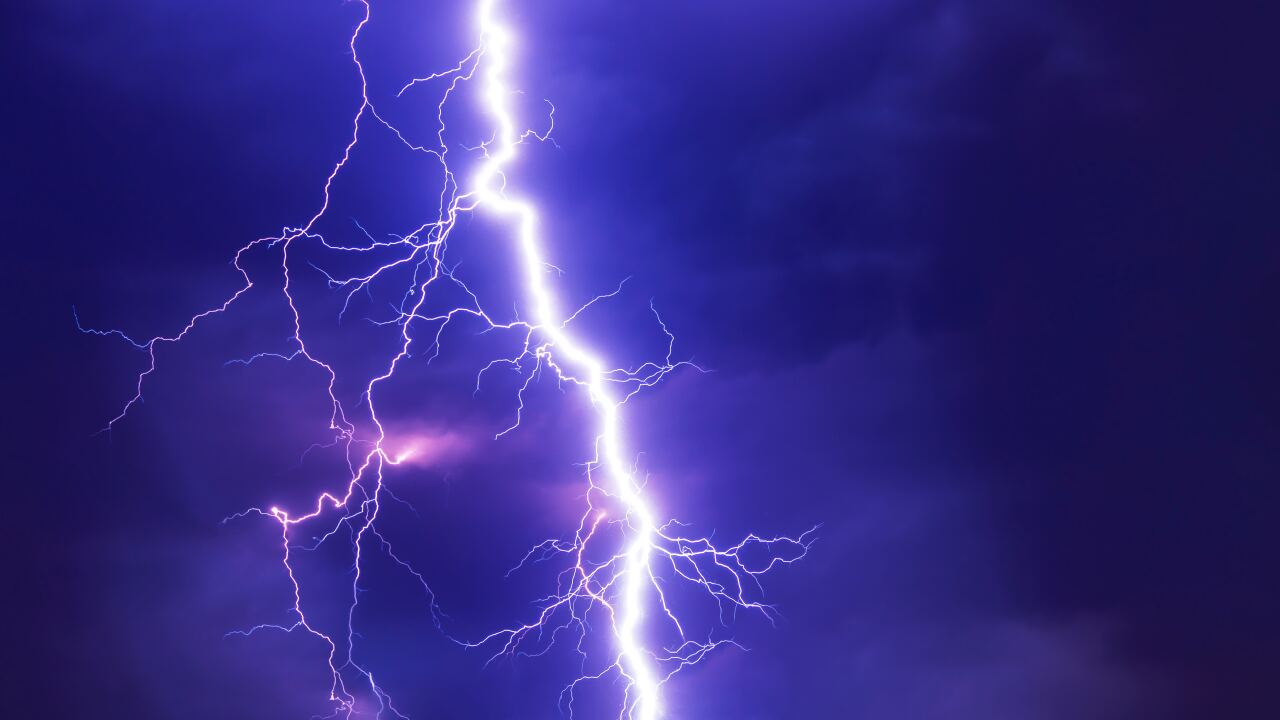 DENVER – In a lightning-prone state, no place in Colorado sees more of it than here: Along the Palmer Divide between Denver and Colorado Springs, near where Interstate 25 crosses the border of Douglas and El Paso counties.

Stephen Hodanish, a meteorologist with the National Weather Service in Pueblo, knew this area was rich with lightning during the stormy summer months. But it wasn't until Hodanish and two colleagues – fellow National Weather Service meteorologist Paul Wolyn and University of Colorado Colorado Springs professor Brandon Vogt – actually sat down and mapped 20 years of lightning strikes that they realized just how much that was true, especially compared to the rest of the state.

Nowhere else in Colorado sees as heavy of a density of lightning strikes than the counties that straddle the Palmer Divide, the east-west ridge south of Denver, where Pikes Peak looms to the west and the plains stretch to the east.

In this area, the researchers explained in their report published last month, three lightning-fueling factors come into play: the steep slope of Pikes Peak, which extends as far to the east as any large mountain on the Front Range and can act as a convector for lightning; a storm-friendly dynamic known as the Denver Convergence Vorticity Zone, or the DCVZ, where high pressure winds from the north collide with moist low pressure off the plains; and the higher-elevation Palmer Divide, which juts out onto the plains.

"Everything kind of comes together in that area," Hodanish said.

What surprised Hodanish wasn't that the Palmer Divide produced heavy lightning. It was that it produced so much more than similar higher-elevation areas along the plains, the Cheyenne Ridge to the north and the Raton Mesa to the south.

On the lightning map, which compiled average cloud-to-ground flashes from 1996 to 2016, a flurry of red and yellow, indicating more average cloud-to-ground flashes, popped up on the Raton Mesa, near the New Mexico border. The red and yellow was also scattered through the San Juan Mountains, in the southwest part of the state, and to the far northeast corner of the state on the plains, near the Nebraska line.

But none of those areas compare to the blob of yellow, dark red and purple, indicating the highest levels of cloud-to-ground flashes, from Colorado Springs to the southeastern side of the Denver metro area.

Hodanish said they learned that each of the factors that produce the heavy lightning – the location of Pikes Peak, the DCVZ, the Palmer Divide – are found in other areas of the state. Colorado is full of 14,000-foot peaks. The less dense lightning area north of Denver is in the DCVZ. And the Cheyenne Ridge and Raton Mesa present higher-elevation ridges near the plains.

But it's the combination of those factors in one place, Hodanish explained, that give the Palmer Divide such a density of lightning.

The study found fewer lightning strikes through the mountains because of a lack of steady moisture; Pikes Peak, being so close to the plains, has plenty of moisture. The DCVZ area north of Denver sees more divergent wind flow, instead of lightning-producing convergent windflow found further to the south. The Cheyenne Ridge and Raton Mesa extend onto the plains but lack the converging winds of the DCVZ and Pikes Peak.

"The terrain plays a role," Hodanish said. "But it's the combination of Pikes Peak, plus the DCVZ [that leads to the most lightning activity]."

Vogt, a geographer, said it was interesting to see how much the changes in Colorado's landscape impacted the lightning activity. Even in the mountain areas, where lightning wasn't as dense, the study showed a difference in activity, with more lightning along the walls and ridges of the valleys and not on the valley floors.

"Also, the Palmer Divide, which is defined by relatively gentle slopes, and is only a couple thousand feet higher than Denver and Colorado Springs, is such a major player in thunderstorm development," Vogt said.

The study also broke down lightning strikes by month and by hour of the day. July and August were the most active months – averaging 5,350 and 4,811 flashes per day, respectively – and 3 to 5 p.m. the most active hours. Watch the progression of lightning from month to month: