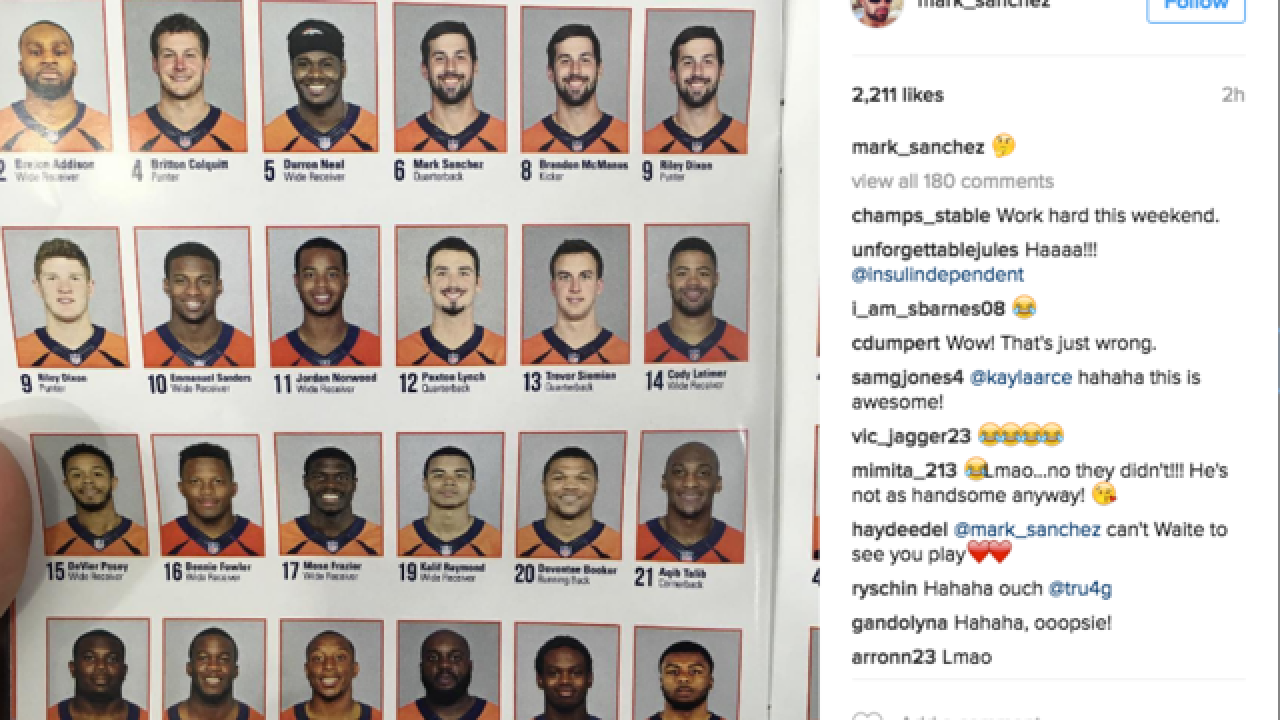 DENVER -- The Broncos may have made a costly mistake, leaving out Mark Sanchez's photo from programs recently printed and distributed to the team.

Riley Dixon, a punter, also has his photo omitted. In lieu of both Dixon and Sanchez, the team printed three photos of Brandon McManus, the team's kicker.

The gaffe is particularly ironic due to Sanchez's tenuous position with the team. He has virtually been unseated by Trevor Siemian as the team's leading signal caller, and rookie Paxton Lynch is hot on his heels for the backup position.

Broncos Insider Troy Renck reports the team could choose to cut Sanchez to save all but $1 million of his $4.5 million contract against the salary cap, including a conditional draft pick to the Philadelphia Eagles.

Regardless, Sanchez made light of the situation on Instagram.

A photo posted by Mark Sanchez (@mark_sanchez) on