What's the deal with Denver's crumbling (and nonexistent) sidewalks? 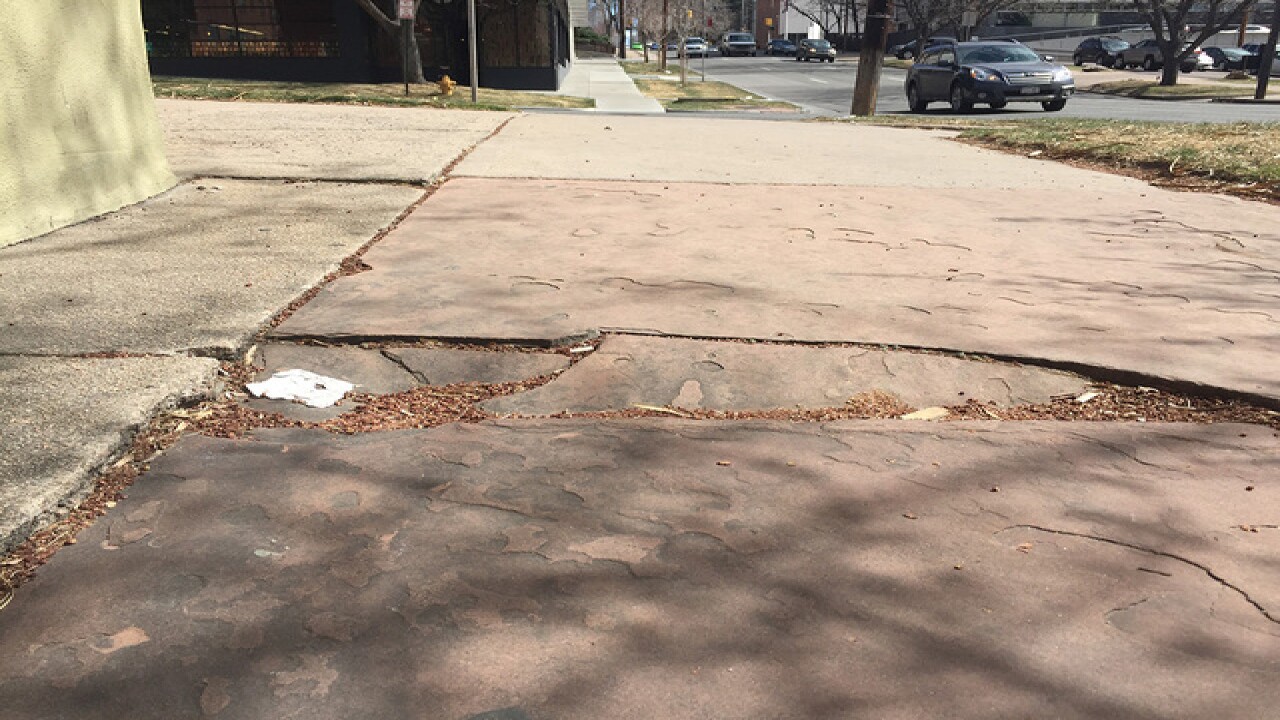 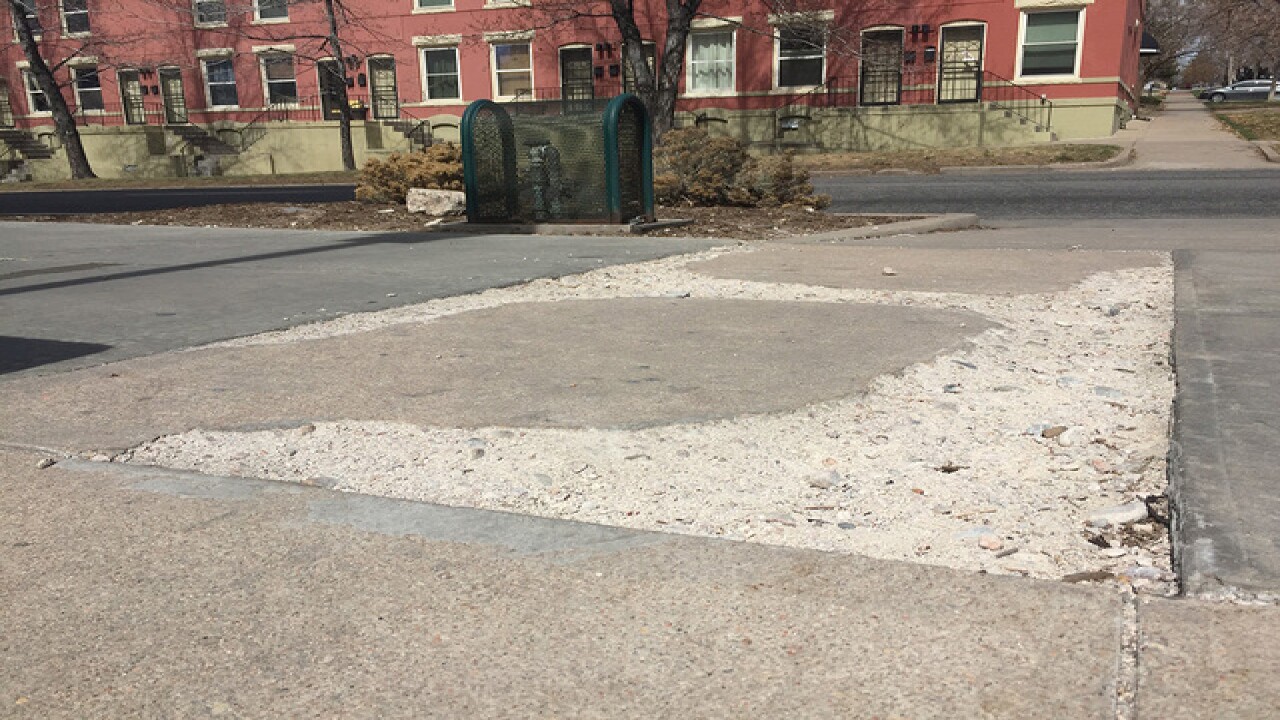 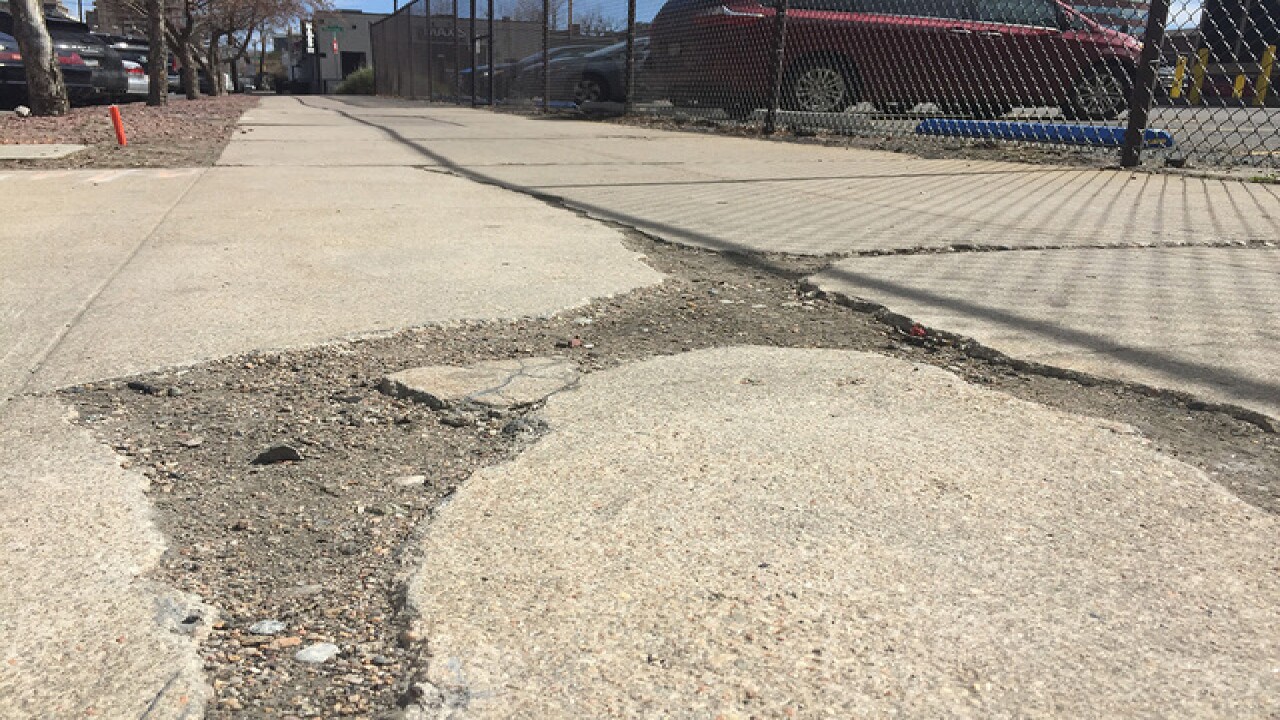 DENVER – Walking through some of Denver’s older neighborhoods, it’s impossible to ignore the state of the sidewalks. They’re uneven, crumbling, and in some cases, absent entirely.

And you might be surprised to learn that in many cases, they’re not the city’s responsibility.

Denver’s ordinance on sidewalks dictates that adjacent property owners are responsible for building and maintaining sidewalks in the public right of way. That means that if the sidewalk in front of your home is falling to pieces, you’ll have to pay to have it fixed.

If a property owner fails to make necessary repairs to a sidewalk, a city crew will do the work at the owner’s expense.

The result of this policy is a sort of patchwork of sidewalks. Some areas have sidewalks and some don’t, while some sidewalks are well-maintained and others are in a state of total disrepair.

“We want them to treat sidewalks like other basic infrastructure in the city,” Locantore said.

Not only are bad sidewalks a safety issue, Locantore said, but placing the responsibility of upkeep on property owners puts an undue burden on low-income residents. Some of the biggest problem areas are low-income neighborhoods where homeowners can’t afford the financial burden of building and maintaining sidewalks.

WalkDenver’s ‘Denver Deserves Sidewalks’ campaign urges the city to change its policy and come up with a dedicated source of funding for building and maintaining sidewalks citywide. Other metro-area cities, such as Westminster and Englewood, add a surcharge to residents’ utility bills to fund sidewalk projects.

While the city hasn’t signaled any plans to change its policy anytime soon, there are several efforts underway to improve Denver’s walkability.

Heather Burke, a spokeswoman for Denver Public Works, said the city is investing millions of dollars in sidewalks and other pedestrian-focused projects.

In addition to the Denveright initiative seeking public input, Burke said the city has allocated $2.5 million to build about eight miles of sidewalks along city parks that currently don’t have them. The city also has invested in building new sidewalks near transit stations and has spent $20 million in the past two years on new sidewalk ramps that meet standards set by the Americans with Disabilities Act.

Locantore said the Denver City Council and the mayor’s office also have both created working groups focused on the issue of the city’s sidewalks and what should be done about them. The mayor’s working group has been tasked with coming up with recommendations by June, Locantore said.

“Everybody agrees that there needs to be a solution,” Locantore said. “We’re optimistic that a lot of conversation is going on.”

In the meantime, if you spot a section of sidewalk that’s in serious need of repair, you can let the city know and they’ll send right-of-way inspectors out to take a look and talk to the property owner.