When and how much? What to expect as wintry weather moves into Denver and the Front Range 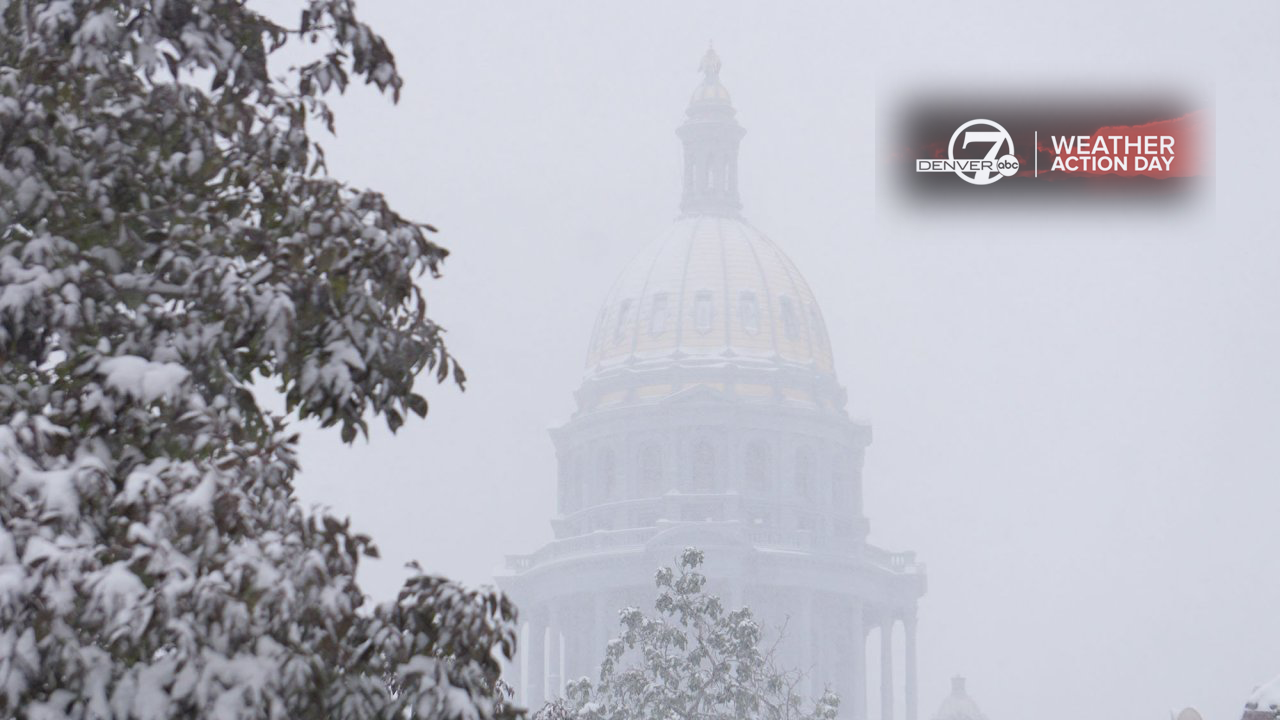 UPDATE (12:50 p.m., Monday, Sept. 7): We have a new and updated story with everything to expect from Monday’s heat and wind, to the cold front moving in, to the snowstorm and remaining cold into Wednesday. Click here for the latest.

DENVER -- The Front Range is in for a dramatic weather shift come Tuesday morning. Record-breaking triple-digit temperatures will be replaced with wintry weather and possible record cold Tuesday into Wednesday.

A Weather Action Day has been issued, and a winter storm watch was issued by the National Weather Service for Denver and the Front Range for the snow arriving on Tuesday.

The powerful cold front that will be bringing the quick shot of winter weather to Denver and the Front Range will begin to make its presence known late Monday as gusty winds bring in much colder air.

Click here to learn how to watch the free Denver7 live weather stream on your TV using Roku, Amazon Fire or Apple TV.

Temperatures will drop dramatically through the morning hours on Tuesday with values in the mid-30s by 6 a.m., according to the National Weather Service. In addition to the cold temperatures, ample moisture over the foothills and areas west of I-25 will help to increase snow development during the morning hours.

According to the NWS, confidence is growing that areas along the I-25 corridor and into the eastern suburbs of Denver could see accumulation mainly on grassy surfaces and vegetation.

Here are the possible snow totals we are expecting from this storm:
3”-6” for metro Denver and Front Range
6”-8” the Palmer Divide toward Castle Rock
8”-12” U.S. 285 toward Conifer, Bailey
10”-14” from Evergreen to Georgetown and west of Boulder