What to do if you're stuck at home: Expert advice on coronavirus cabin fever 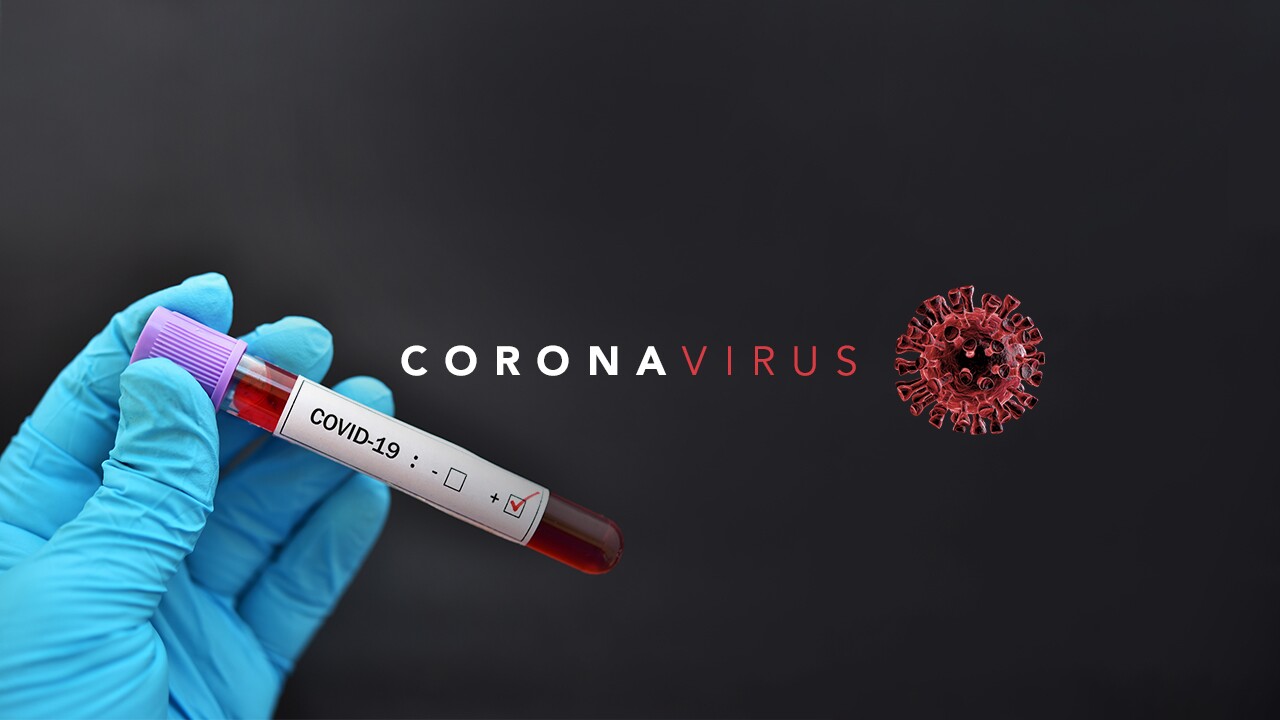 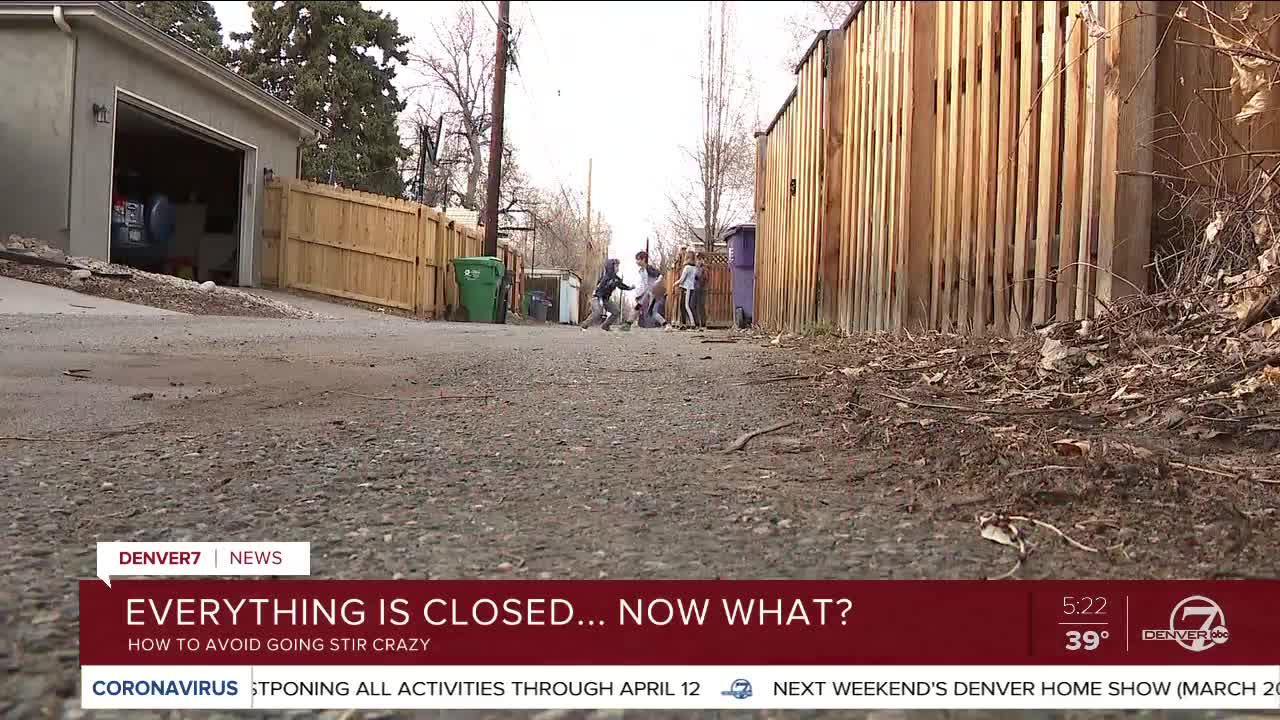 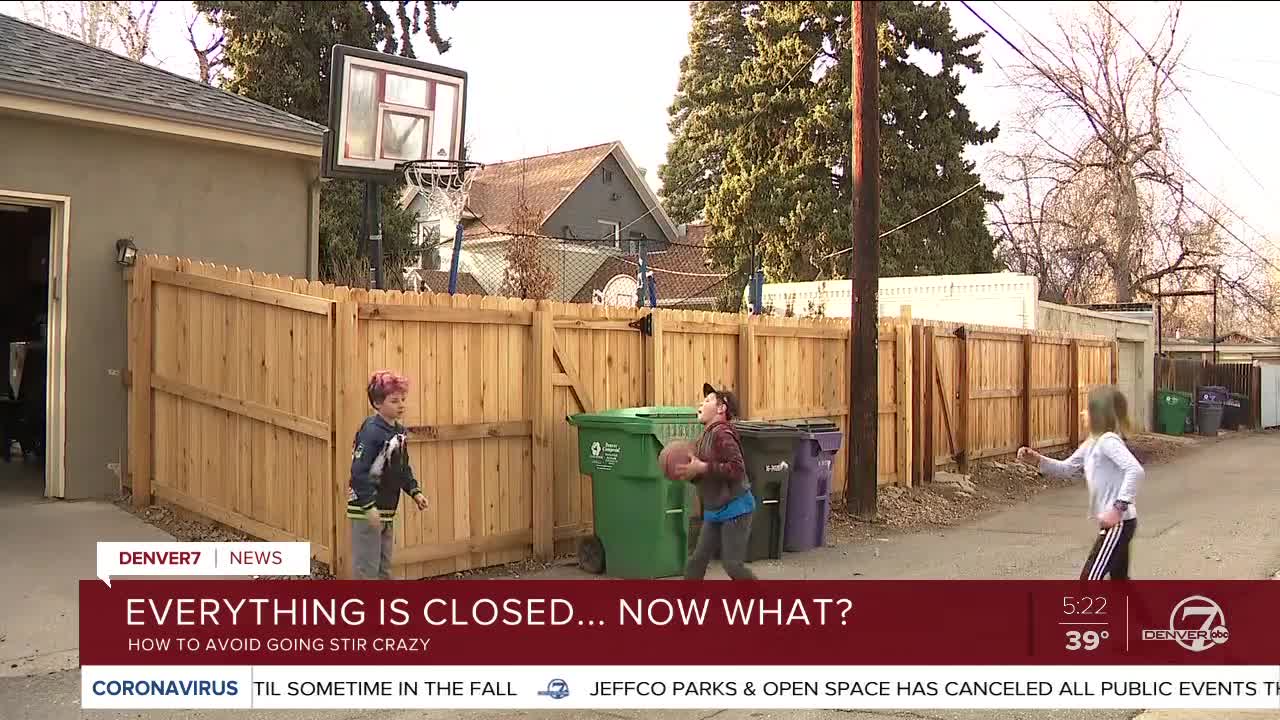 DENVER — So, school is out for the rest of the month. Now what?

Many of the places parents would normally take their kids are also shut down.

For parents juggling health fears with logistical concerns, experts have some advice to cure cabin fever.

2) Go low-tech: break out the board games and have a week-long tournament.

3) Whip it up: fix some grub, try a new ethnic dish or bake a cake.

Also, doctors says it’s okay to go outside for a bike ride or even play at your local parks, as long as you practice social distancing.

"We're going to have a hard time if we're going to have to be at home,” said Sara Lohmeyer, mother of two boys. “We’ll be spending a lot of time in the backyard, in the park and anywhere there's room to play baseball and basketball."

If you’re in it for the long-haul - here's an idea to stop from going stir crazy: the non-profit called Project Helping, which is Denver-based, has kits called KyndKits. The kits are volunteer projects you can literally do at home.

"So - for example - we have a kit I was just building across the hall that's a sensory kit for foster children," Project Helping founder Justin Kruger said. “You actually build a care package and write a card and decorate an envelope."

Those care packages are then delivered to foster kids going through the court system. You can find those kits here.

The Denver Zoo is also staying open and even extending its hours, at least for now. Doctors we talked to this week say the zoo is a good option. But again, keep your distance.