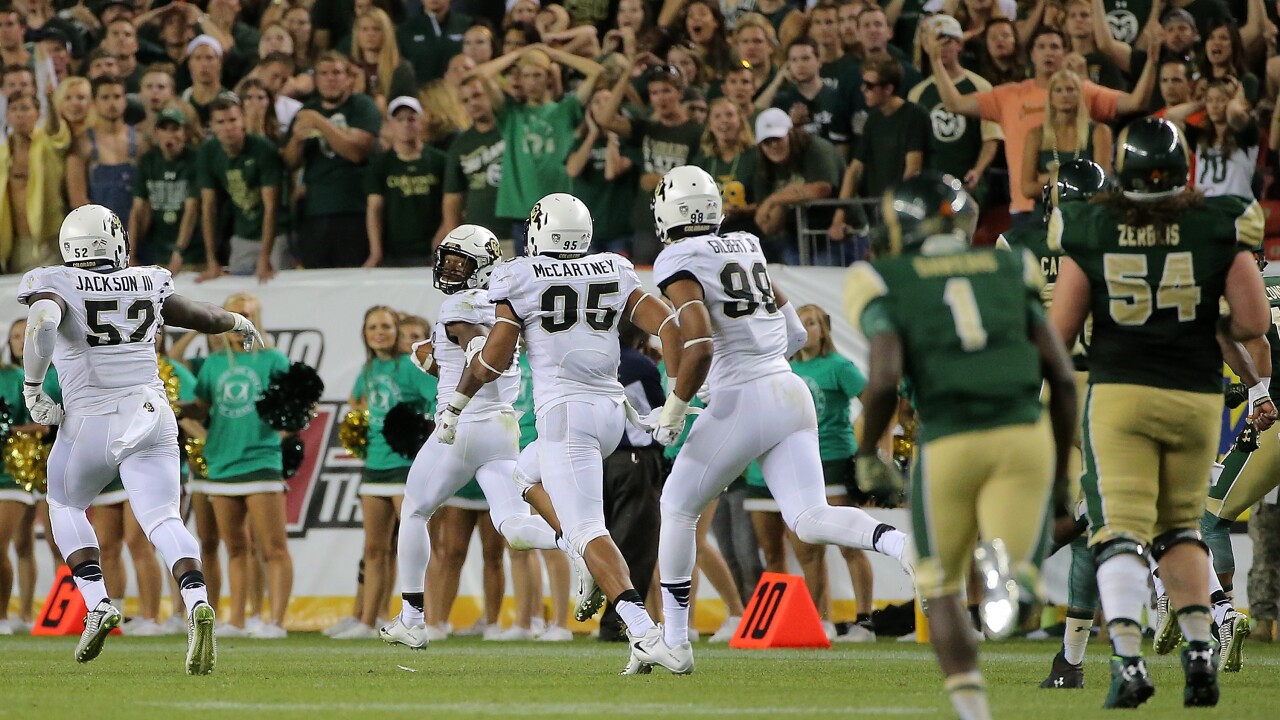 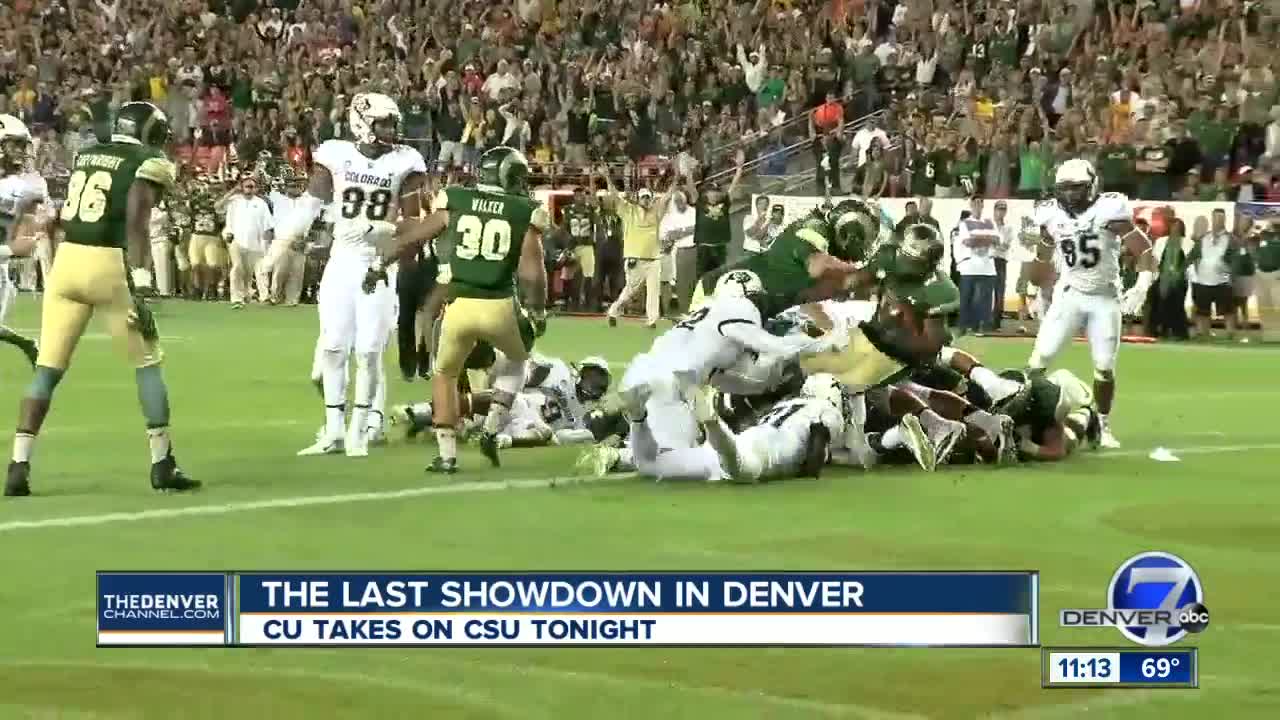 DENVER – It’s Rocky Mountain Showdown time in Colorado once again, and this year’s will be the final matchup at Broncos Stadium at Mile High. But for the Buffs and Rams faithful headed out for Friday’s game, there are a few things you’ll need to know first.

Kickoff is slated for 8 p.m. and parking lots will open at 4 p.m. Parking will be first-come, first-served and fans can pay with cash or by credit card, though lots are expected to sell out by 6 p.m.

Any fans that haven’t pre-purchased parking permits are being asked to park at the Pepsi Center or Auraria Campus instead if they are arriving after 6 p.m. Parking in nearby neighborhoods is prohibited without a special permit and cars will be towed.

There will be RTD bus and rail transportation available as well. Click here for more information on using mass transit to get to the game.

Tailgating will be allowed around the perimeter of the parking lot, but kegs and glass bottles are prohibited. Fans won’t be allowed to block in a parking space in order to tailgate and won’t be able to block any driving lanes. Box trucks and open-flame fires are also prohibited.

The stadium’s clear bag policy will also be in effect and fans will have to go through metal detectors. Premium gates open at 6 p.m. and all other gates open at 6:30 p.m.

The Broncos say all tailgates are supposed to conclude by 7 p.m.