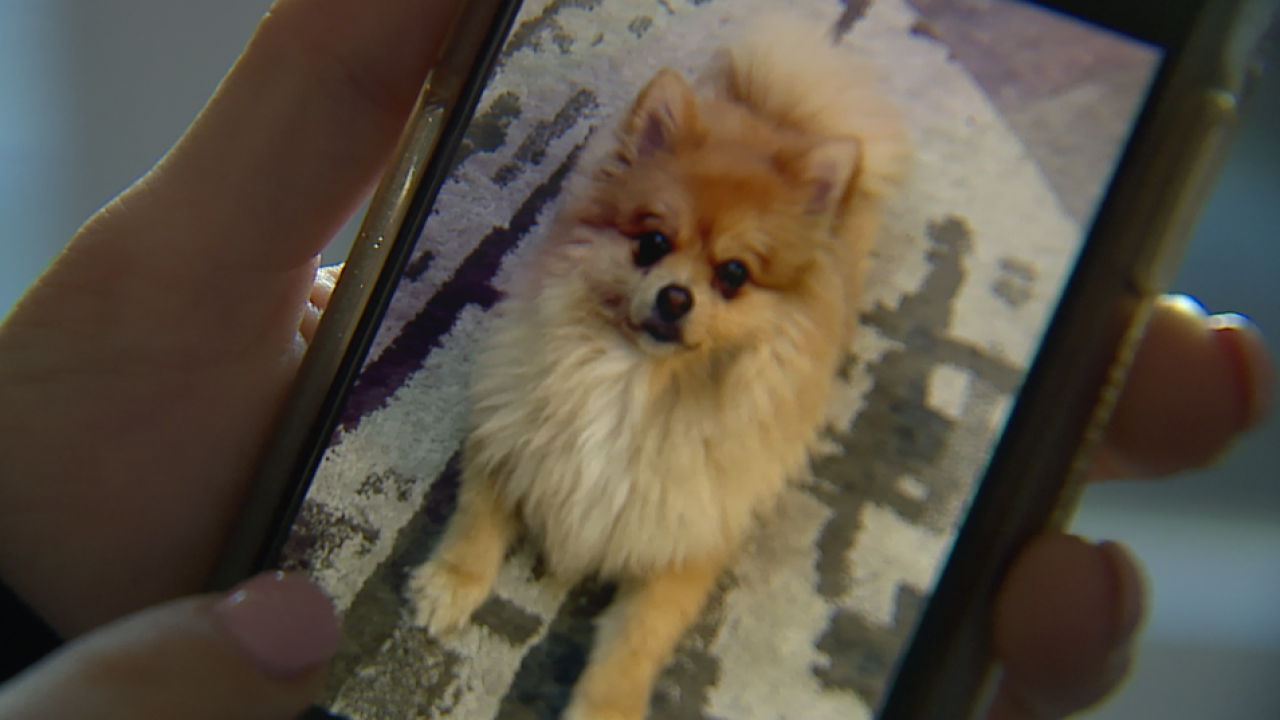 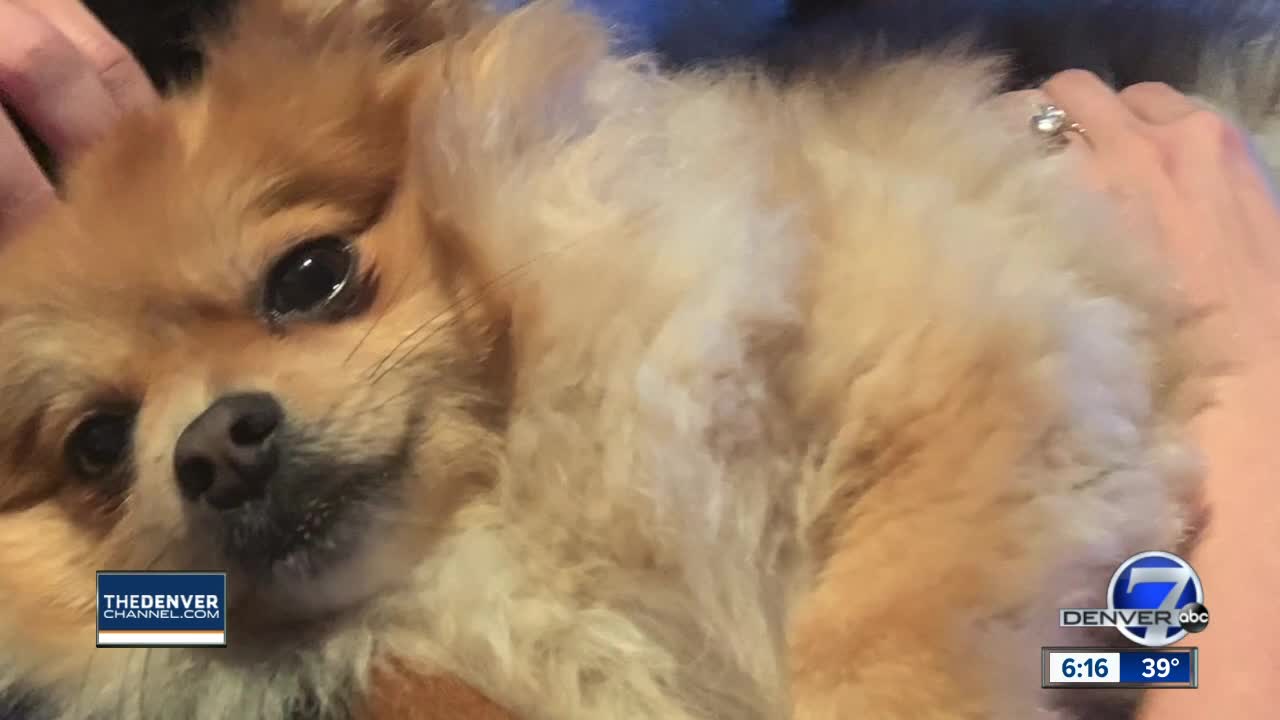 WESTMINSTER, Colo. — A young woman’s Pomeranian was attacked and killed by an eagle in the family’s lakeside backyard, according to the family.

“There was a giant eagle in the tree right there,” Mark Smith said, pointing to a tree about a hundred yards from his backyard.

Smith took a picture of the bird in the afternoon. The family, including his soon-to-be daughter in law, then went to dinner. Amanda Harper had moved to Colorado in September with her 3-year-old Pomeranian named Saint.

The family came back from dinner to be greeted by only two of the family’s three dogs.

“And I hear one of the most horrifying sounds of my life,” Harper described. “And I actually heard the bird kill my dog.”

Smith says he went in the back yard to find “a big pile of fur,” “a lot of blood,” multiple feathers, and several pieces of the dog.

“My dog was supposed to grow up with my children, he had 10 more years of his life, and now he’s gone,” Harper said through tears.

The family’s backyard does have a double fence to protect from coyotes and motion lights.

“Never in a million years — we thought with all the natural prey for an eagle, that it would go after our pet,” Smith said.

The family says they decided to share their story with the hope it can prevent future incidents like this.

“I just think its important if you, especially late at night, if you’re letting your dog out keep an eye on it, make sure there’s light,” Smith said.

“And I don’t want this to happen to anyone else,” Harper added. “Just hug your pets a little longer tonight.”