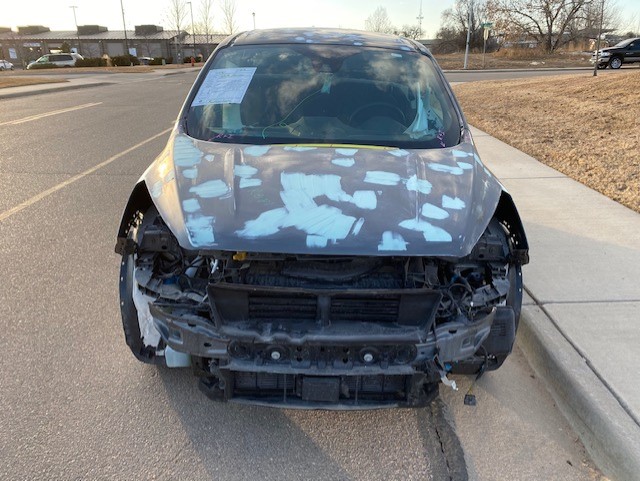 When Crystal Rutherford took her 2018 Ford Escape to Ddcacv Enterprises in Wellington to get some hail damage repaired, little did she know she'd end up losing her SUV, and that the shop would soon be closed. 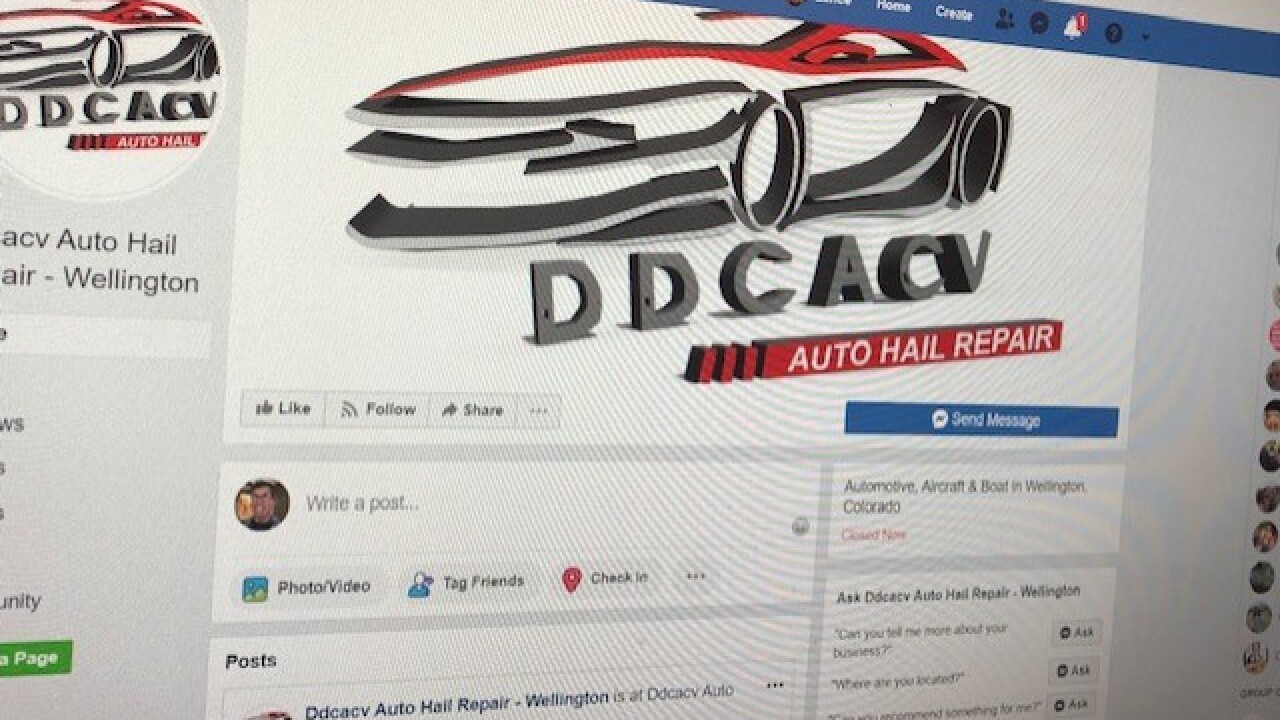 WELLINGTON, Colo. -- When Crystal Rutherford took her 2018 Ford Escape to DDCACV Enterprise, in Wellington, to get some hail damage repaired, little did she know she'd end up losing her SUV, and that the shop would soon be closed.

She said her Escape was damaged last July, but she waited until November to get it repaired because she wanted to avoid the crunch.

"I took it to DDCACV because they were located here in our back yard," she said.

Rutherford told Contact7 that a man, who identified himself as DK, came to her house to check out the damage.

Rutherford said her insurance company paid DDCACV nearly $11,000 for the repair work, but instead of fixing the car, DDCACV farmed out the work to New Image Auto and Glass in Dacono, and apparently told the owner of that shop not to replace damaged parts, but to fill the dents with Bondo (body filler.)

"He told us he couldn't make money replacing panels, so all he wanted to do is repair it," said Fernando Salinas, the owner of New Image Auto.

Rutherford said she had no idea her car had been moved to Dacono until police began knocking on her door at 3 a.m., wanting to know where she was.

"They said my vehicle was found abandoned and vandalized at an RTD Park and Ride," she said.

Salinas said he parked Rutherford's car at the I-25 & Summit Blvd Park and Ride for one night, because they were moving to a new shop, but Rutherford says GPS records show her car had been in the RTD lot for nearly a week.

She said she would never have approved of repair work involving Bondo.

"It was supposed to be paintless dent repair," she said, adding that insurance paperwork referred to replacement parts.

Salinas said he repaired the vandalism (broken window), since it happened "on his watch," but he didn't complete the hail repair work.

He said one of the men, who brought Rutherford's car down to Dacono, showed up a few days later with some friends.

He said it wasn't long after that, that someone broke into his shop and stole a Mercedes Benz C-300 belonging to another customer.

Police recovered a license plate from the stolen Mercedes inside a shop at 690 Boston Avenue in Longmont, which was listed as another DDCACV shop address on Facebook.

Denver 7 reached out to DK at DDCACV Enterprise, leaving both phone and text messages, but we haven't heard back.

"I don't like it," Rutherford said. "I'd like to wring his neck personally, or worse, bodily harm. But the main thing is, I don't want this to continue because he has done it to other people and it needs to stop."

The Wellington resident said the original estimate to fix her SUV was $10,900.

She said after it was vandalized, and partially repaired with bondo, the second estimate was over $25,000.

"It's been totaled," Rutherford said.

Because she was still making payments on the Escape, which had just over 11,000 miles on the odometer, the vehicle has been turned back over to the bank.

"I financed it through Ford," she said, "so they get it back."

Rutherford said she's speaking out because she wants people to know what happened to her.

It's a reminder that when you're looking for a hail repair shop, convenience shouldn't be your first concern.

Do your research. Look for online reviews.

It's also wise to check with the Better Business Bureau.

According to the BBB, DDCACV Auto Hail Repair is not rated, because it has been in business less than 6 months, and doesn't have a sufficient track record.