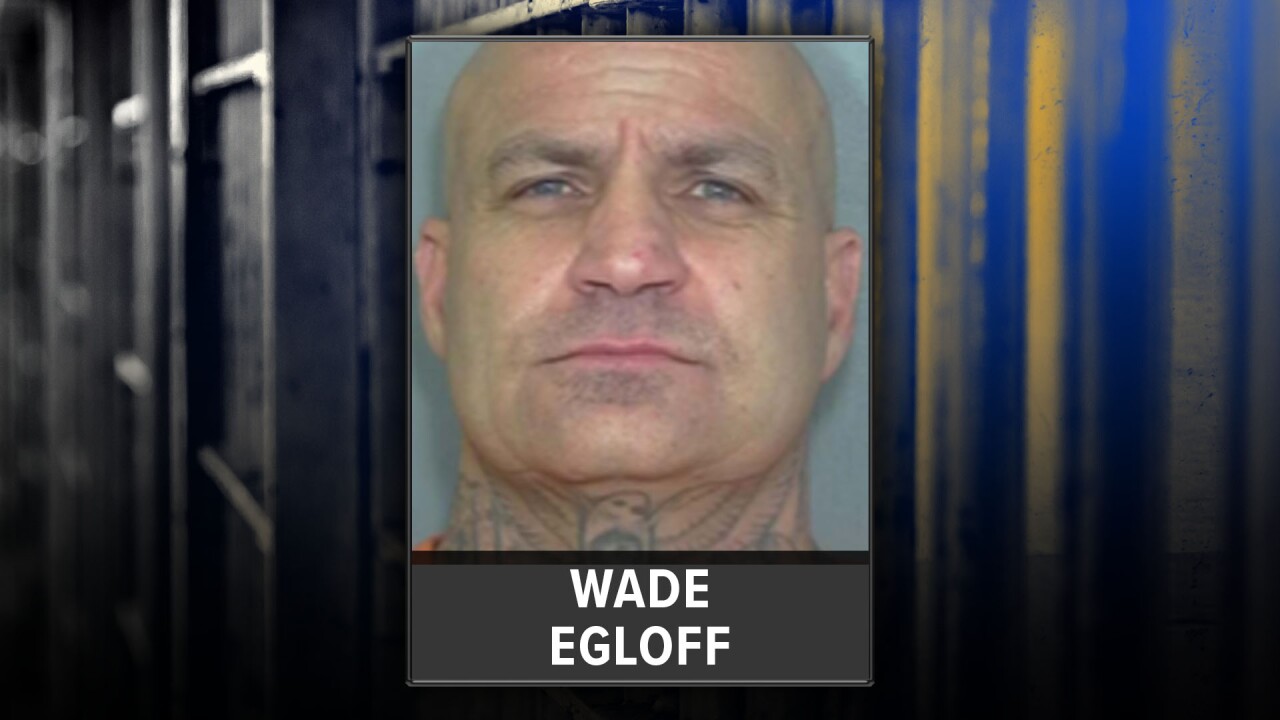 WELD COUNTY, Colo. — A man from a small town in Weld County was sentenced to several decades behind bars after severely beating a woman and holding her captive in March 2019.

The charges stem from an incident in March 2019, according to the Weld County District Attorney’s Office. Police in Garden City responded to a disturbance at an apartment on 9th Avenue and found a crying woman who was bloody and had a bruised and swollen face. She told police that she and Egloff had argued the night before, and that he had punched her multiple times in the face and choked her until she passed out, according to the district attorney’s office.

Egloff stepped outside of the apartment at one point and she closed and locked the door, she told police, but he got back into the unit through a window and started to punch her face again.

She said Egloff wouldn't let her use her phone or leave his side, according to the district attorney’s office. He didn't allow her to use the restroom and made her urinate the bed, she told authorities. She said he made her take sleeping pills that were prescribed to him so she wouldn't run away while he was sleeping.

He demanded that she tell people she got into a fight with another woman at a bar, according to the district attorney’s office.

The day after the beating, the woman was able to access her phone and called 911.

“For too long, he has used extreme physical violence against the women with whom he was intimately involved with to impose control and dominance over them," he said. "His 64-year prison sentence is a just retribution for the victim in this case, as well as his past victims, and will ensure that our community is safe from the poison of his toxic masculinity.”