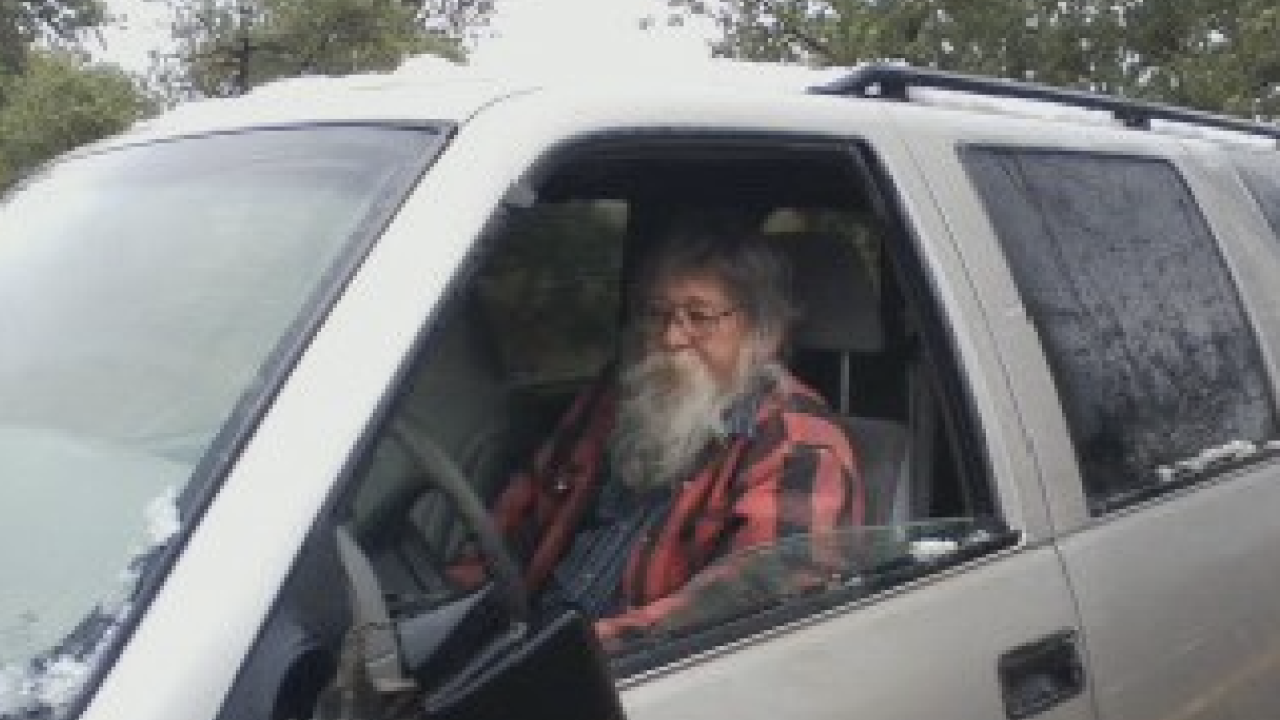 UPDATE (Thursday, Sept. 10, 3:44 p.m.): The Weld County Sheriff’s Office said Thursday afternoon they had identified the man who allegedly drove through barricades in Briggsdale as Charley Vacha, of Windsor. The sheriff’s office said he was cited with reckless driving and leaving the scene of an accident.

WELD COUNTY, Colo. — The Weld County Sheriff's Office is working to identify a man who drove through a construction zone and fled the scene on Tuesday.

Around 11 a.m. on Tuesday, the driver of a Chevrolet Suburban was speeding south on Weld County Road 77 and crashed through two barricades near Weld 100, about 10 miles north of Briggsdale, where construction crews were working on a bridge repair near the Pawnee National Grassland. No injuries were reported, the sheriff's office said.

Weld County employees stopped and confronted the driver, according to the sheriff's office. One employee recorded grainy footage of the interaction.

In the video, the driver was heard saying that he didn't see the barricades because he had been looking at his phone. An employee later reported seeing an unopened fifth of whiskey in the passenger seat and asked the man if he had been drinking, according to the sheriff's office. The driver apologized and left after noticing he was being recorded.

The man's car was described as a silver 1992-2002 Chevrolet Suburban with Wyoming plates. The side mirrors on both sides were damaged after he crashed through the barricades, according to the sheriff's office.

The man was white, in his 60s and had gray hair and a gray beard. He was wearing black-rimmed glasses. At the time, he was wearing a red and black checkered flannel shirt.