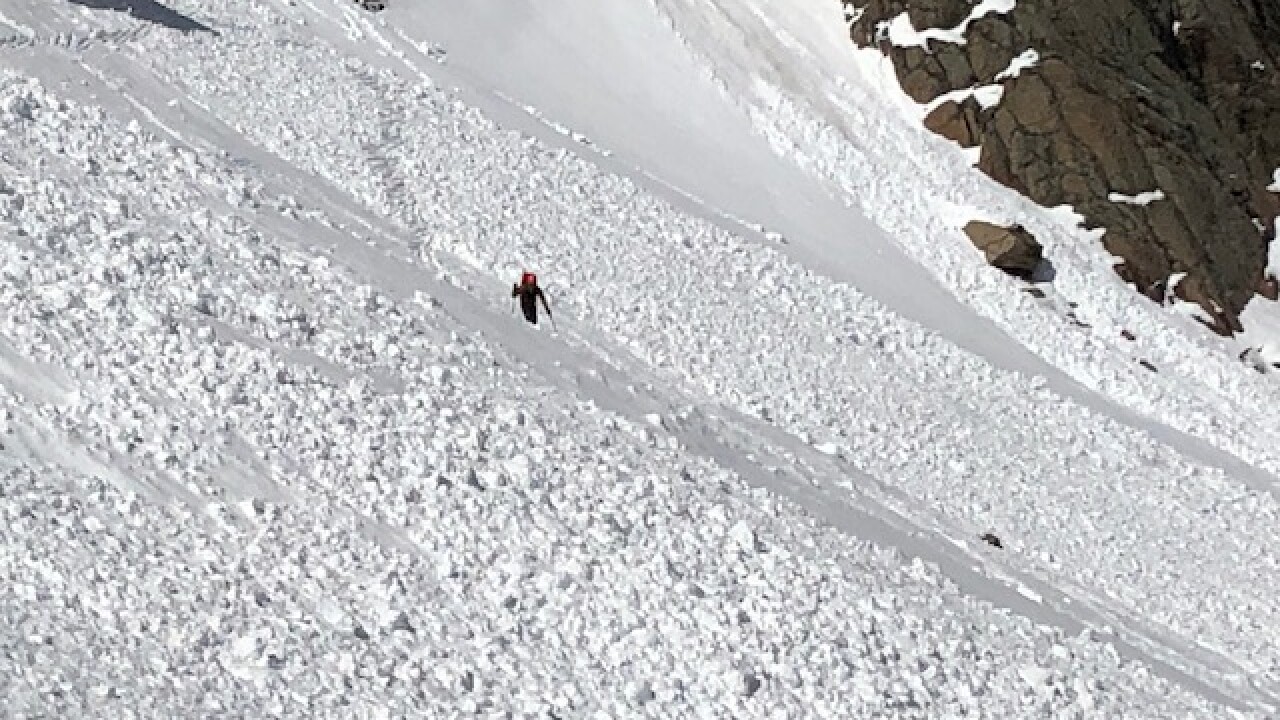 ROCKY MOUNTAIN NATIONAL PARK, Colo. — Rocky Mountain National Park has reported that the multiple avalanches that occurred in the park on Saturday and Sunday were caused by humans.

The combination of snowfall late last week, wind slab formations and warming temperatures increased the potential for avalanches over the weekend. The exact number of slides was not clear, but the Colorado Avalanche Information Center (CAIC) reported that 10 people were caught in an avalanche. Nobody was seriously injured.

RMNP officials said this incident serves as a good reminder: Just because avalanche danger rating is “Moderate” — and not “Considerable,” “High” or “Extreme” — hazardous conditions can still exist on certain types of terrain.

All of the avalanches that occurred over the weekend happened on steep terrain, RNNP said.

Park staff said they noticed a high volume of visitors who seemed to underestimate the conditions. They are reminding anybody who visits the backcountry to understand the avalanche risks and situational risks of the area they’re in.

The CAIC has asked visitors to avoid overhanging cornices, since small cornice fall has been triggering large avalanches, particularly on the east-facing slopes.

To check how supportive the snow is, the CAIC recommends walking in a safe place and noting how deep you sink in the snow. If your foot plunges more than six inches into wet, unconsolidated snow, you should put off your exploring for another day.

To check the threat of avalanches at RNMP, click here.