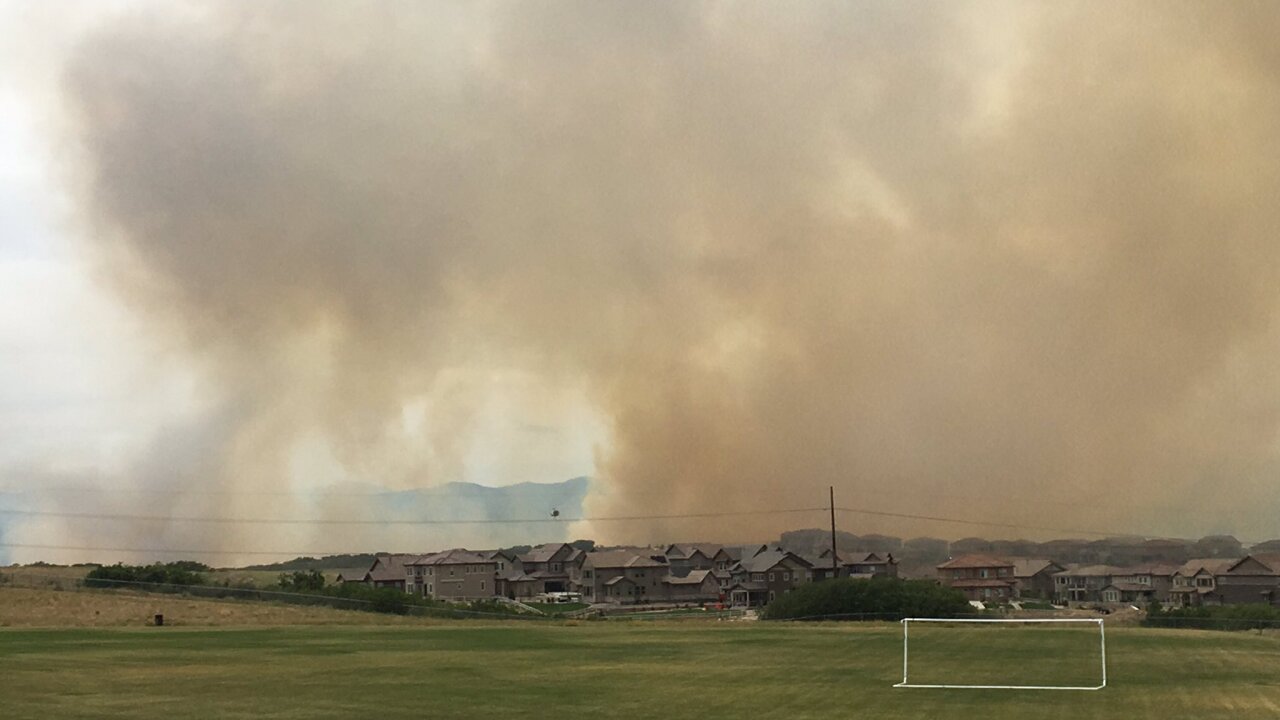 DOUGLAS COUNTY, Colo. — A malfunctioning power pole is to blame for a fire that burned nearly 500 acres of land and forced hundreds of families from their homes, according to the South Metro Fire Rescue Authority.

Stephanie Nalick says she could see the smoke billowing near her home. She recalled fires in southern California and even remembered the 2016 fire that burned in the same place, but says this fire was too close for comfort.

Just before noon, the Douglas County Sheriff's Office ordered a mandatory evacuation of the BackCountry community. Nalick says they packed up their vehicles but hunkered down in hopes of riding out the threat. That all changed when an official came pounding on their door, ordering them to leave.

"We waited too long this time, I will never do that again," Nalick said. "It became too scary."

Nalick and her family waited in their cars with dozens of other evacuees at ThunderRidge High School.

"I grabbed a backpack and just put like, extra clothes and just like, anything else we needed," she said.

Firefighters spent hours dropping fire retardant and water to gain control of the fire. Just before 6 p.m., residents were allowed back into their homes.

"Just relieved that everyone is safe, our neighbors are safe," Nalick said. "Nothing happened, no injuries, no homes. We are just so grateful."

She says her dogs were nervous when they evacuated, but as the family unpacked, their tails wagged with joy.

Jeremy Holt, 11, says his mom stayed in their home watching the fire.

Swiping through the pictures now, Nalick says she and her family learned a valuable lesson.

"Just listen to the firefighters when they say to evacuate, get out," she said.

Firefighters will continue to monitor the area in case any hotspots flare up. The Douglas County Sheriff’s Office also tweeted asking residents to avoid the trails located in the BackCountry subdivision.