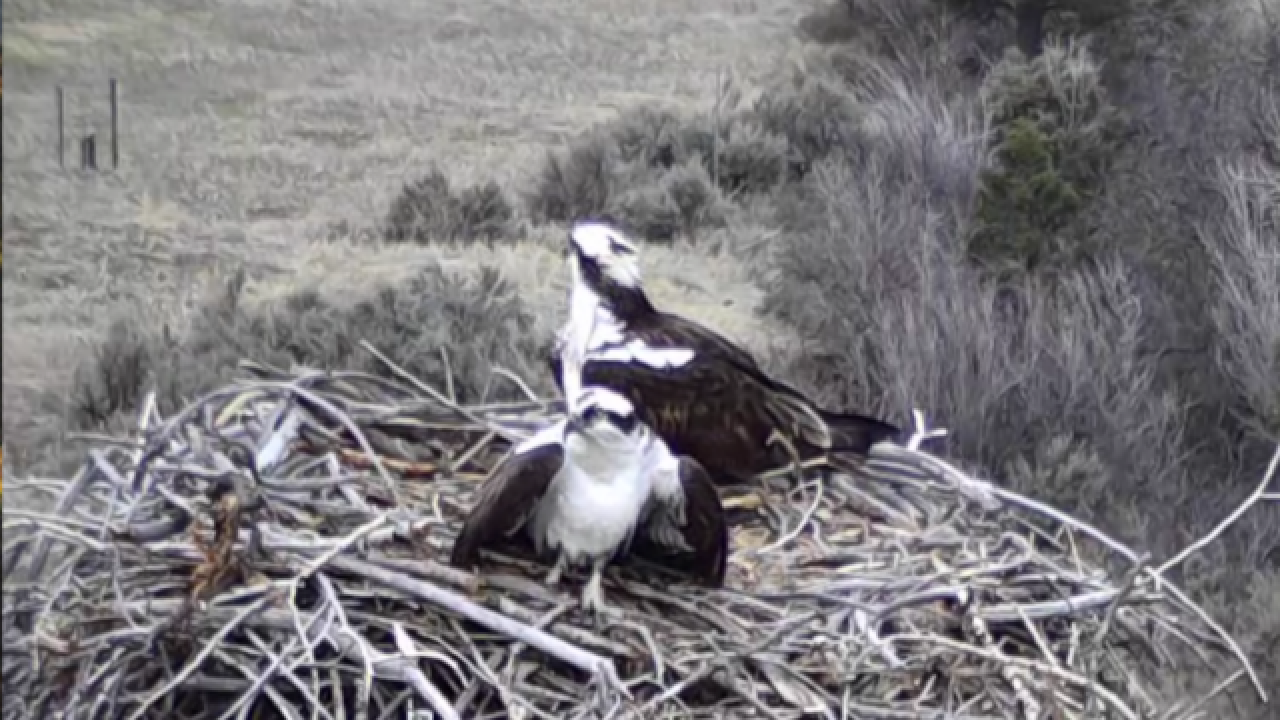 A breeding pair of osprey has returned to a nest near the Roaring Fork River in Pitkin County and you can watch them as they prepare for a new round of hatchlings.

The "osprey cam" gives viewers a look right inside the raptors' nest as they lay eggs, hatch their young and return with fish to feed them.

The pair of ospreys has returned to the site each spring for several years and they arrived again over the weekend.

The female, which is larger, generally lays two to four eggs within a month. The eggs are incubated for about five weeks before hatching.

“They come and go from the nest, so you never know when you’ll see one hanging out. One of our staffers saw one of the birds with a fish in its talons [Monday] morning," said Gary Tennenbaum, assistant director of Pitkin County Open Space and Trails.

“We’re hoping people will share their observations with us if they see something extraordinary – like an eagle swooping in to nab one of the nestlings or something,” Tennenbaum said.

Osprey mate for life and tend to return to the same nest year after year.