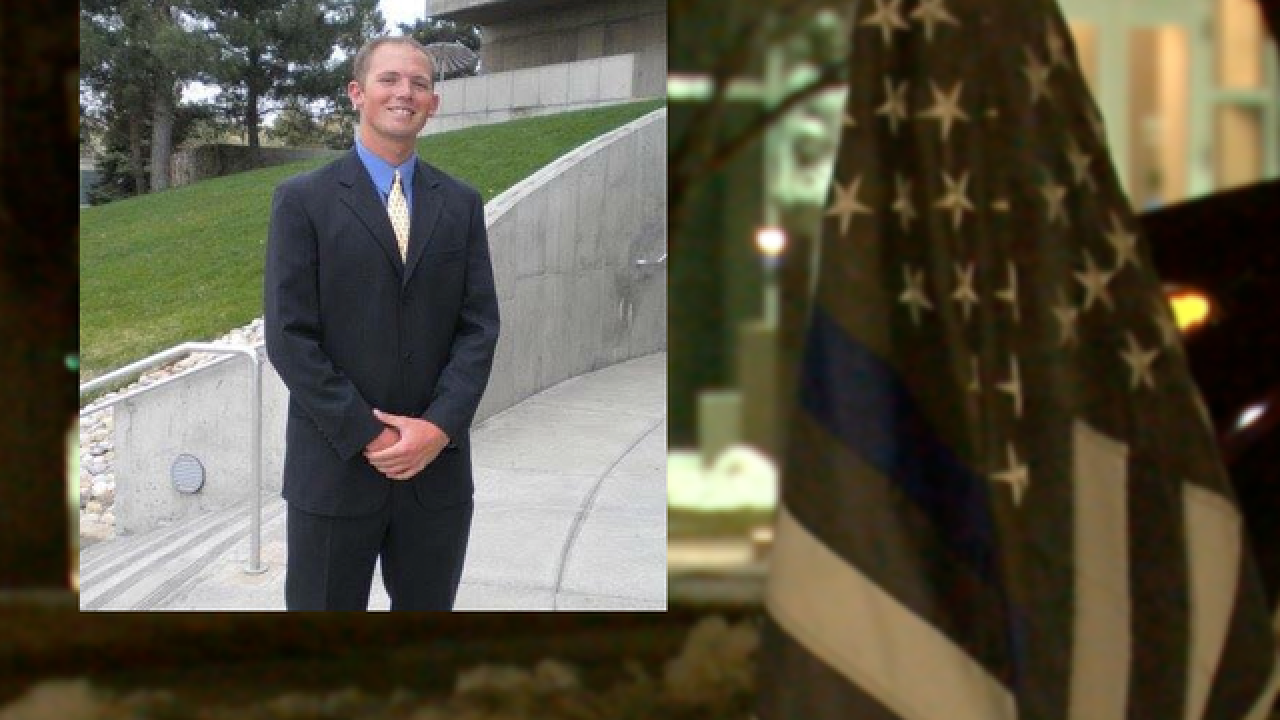 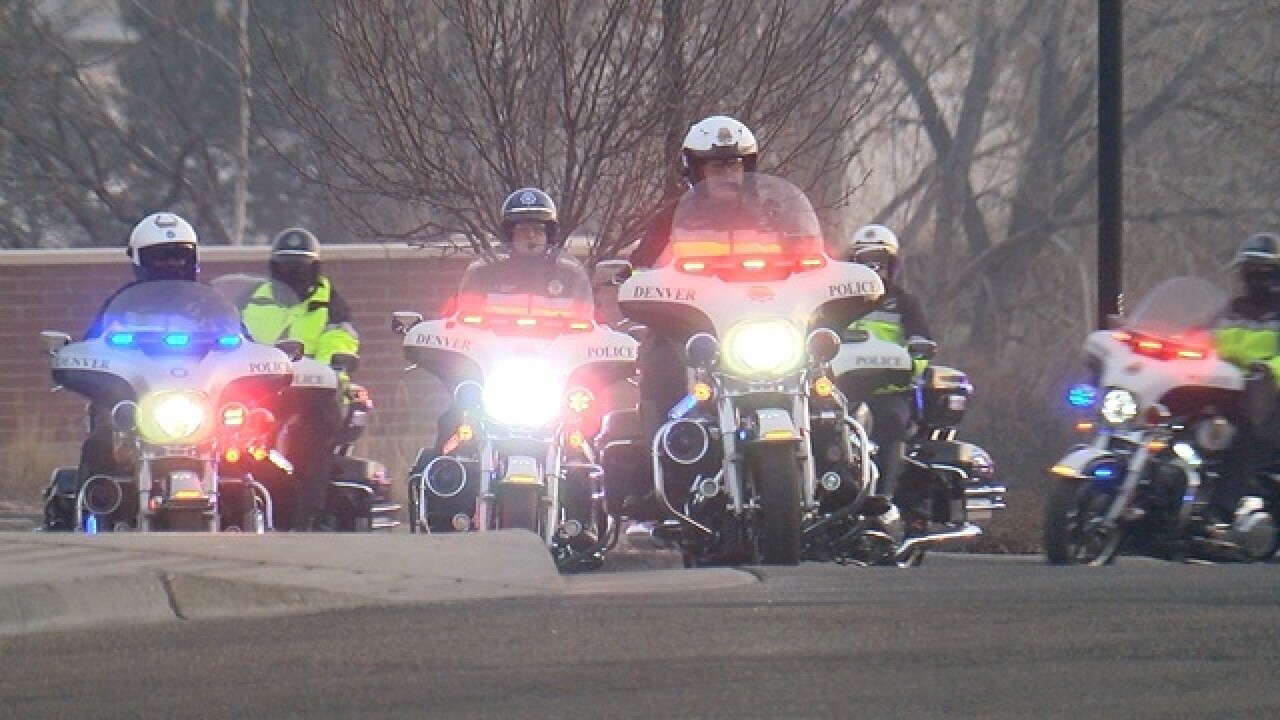 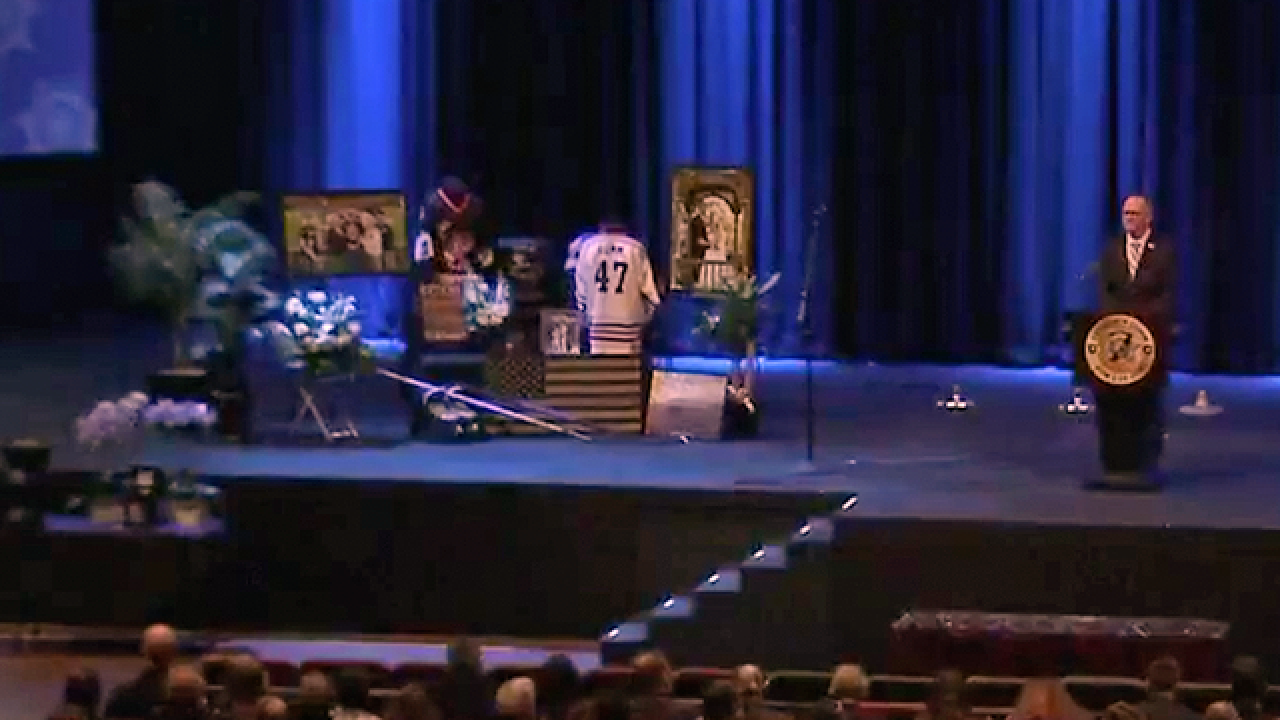 Law enforcement agents from across the state joined hundreds of mourners including family, friends, and members of the public at Flatirons Community Church in Lafayette for funeral services Friday.

Gumm was shot and killed in an altercation with a suspect in Thornton the night of Jan. 24. The 31-year-old Deputy and another officer were responding to an assault call when the shooting occurred.

The service started as Gumm’s casket, draped in the American flag, was carried into the somber auditorium.

Watch the service in its entirety in the player below:

Several officers who knew Gumm spoke during the funeral, including Denver officer Rachel Eid who was shot in 2016 trying to stop two burglary suspects.

Gumm’s father also delivered a eulogy. Jim Gumm thanked first responders in attendance, saying “everyone in this room is a hero.”

“When you were growing up, we always tried to instill in you values,” Jim Gumm said about his son. “Somehow the student became the teacher. You always made us so proud.”

Speakers shared stories about their time with Gumm and the type of person he was. He loved Disneyland and pirates and had a witty sense of humor, family and friends said.

Colleagues said he had a passion for training new deputies and excelled at his job. They said he was always the last person to leave and offered to help anyone.

A letter from Gumm’s wife was read during the funeral. She called the deputy her “rock and guiding light.” She wrote he was always after the next adventure and smiling every moment.

A final call for Deputy Gumm was played during the service. Watch the video below:

Before the funeral, people lined streets to watch a large procession of law enforcement vehicles led by dozens of motorcycles taking Gumm's body to the church. A large U.S. flag flew from the ladders of two fire trucks on an overpass on Interstate 25 as it passed.

The 31-year-old deputy graduated from Mullen High School in 2004 and earned his POST certification from Arapahoe Community College in 2011, according to an obituary published Wednesday.

Heath loved traveling, being outdoors, spending time with friends and family and playing hockey, the obituary read. He was loved by everyone who met him.