W. Colfax Avenue reopens at I-25 in Denver after fatal crash 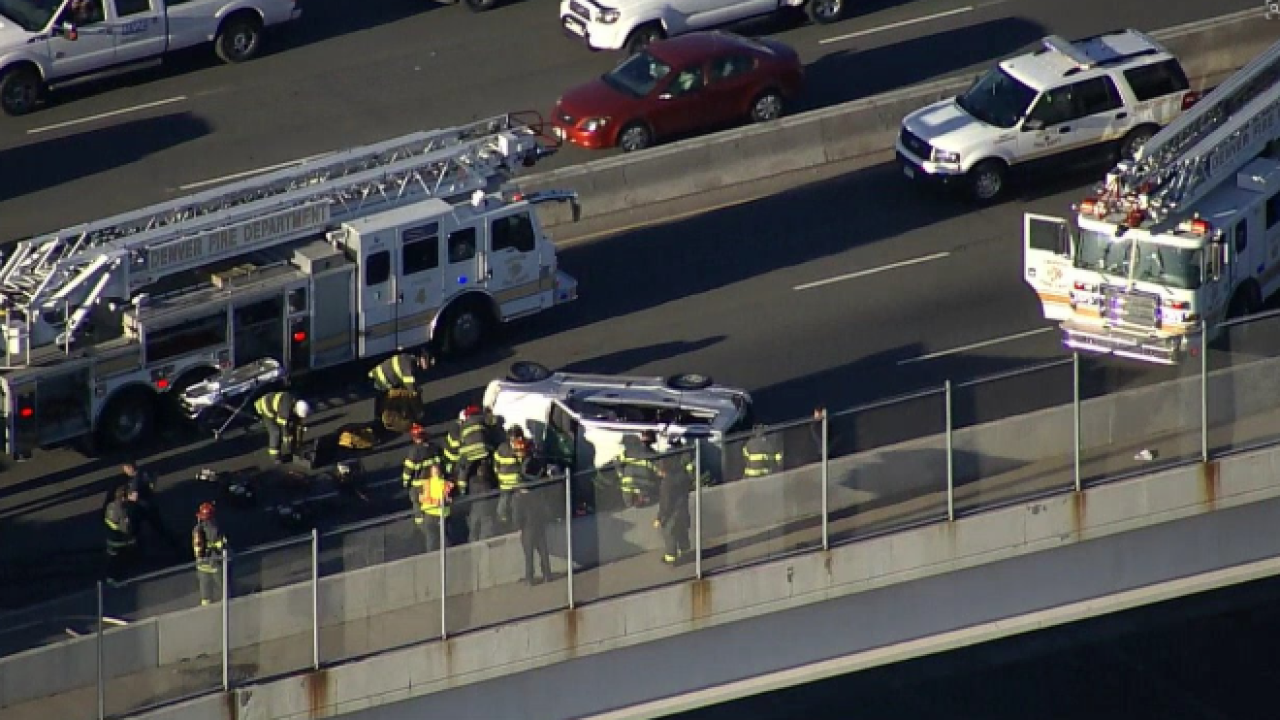 DENVER — A crash closed all westbound lanes of W. Colfax Avenue above Interstate 25 in Denver for several hours Friday morning.

Denver police said they responded to the scene of a rollover crash in this area. One person died at the scene and another person was transported to a hospital with serious injuries, according to police.

Westbound W. Colfax Avenue was closed between I-25 and Osage Street, according to CDOT, from about 7:30 a.m. until about 11 a.m. One eastbound lane was temporarily blocked for crash cleanup, but reopened shortly afterward. This part of W. Colfax Avenue is directly over the Mile High parking lots.

The ramps from I-25 to westbound Colfax were also closed.