Voting opens on 9 finalists for renaming of Denver's Stapleton neighborhood

9 finalists will get whittled down in coming weeks through surveys 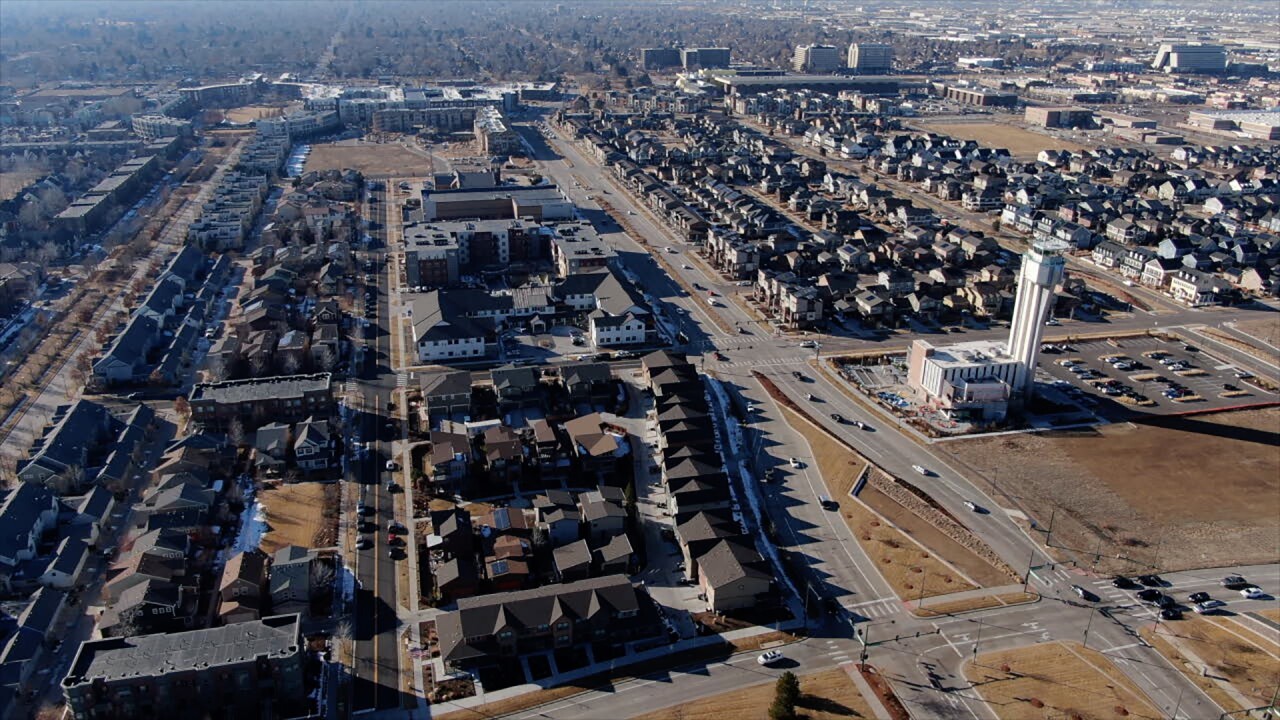 Copyright 2019 Scripps Media, Inc. All rights reserved. This material may not be published, broadcast, rewritten, or redistributed.
Denver7
The Stapleton neighborhood of Denver is one of the places where developers agreed to build dozens of these affordable homes.<br/> 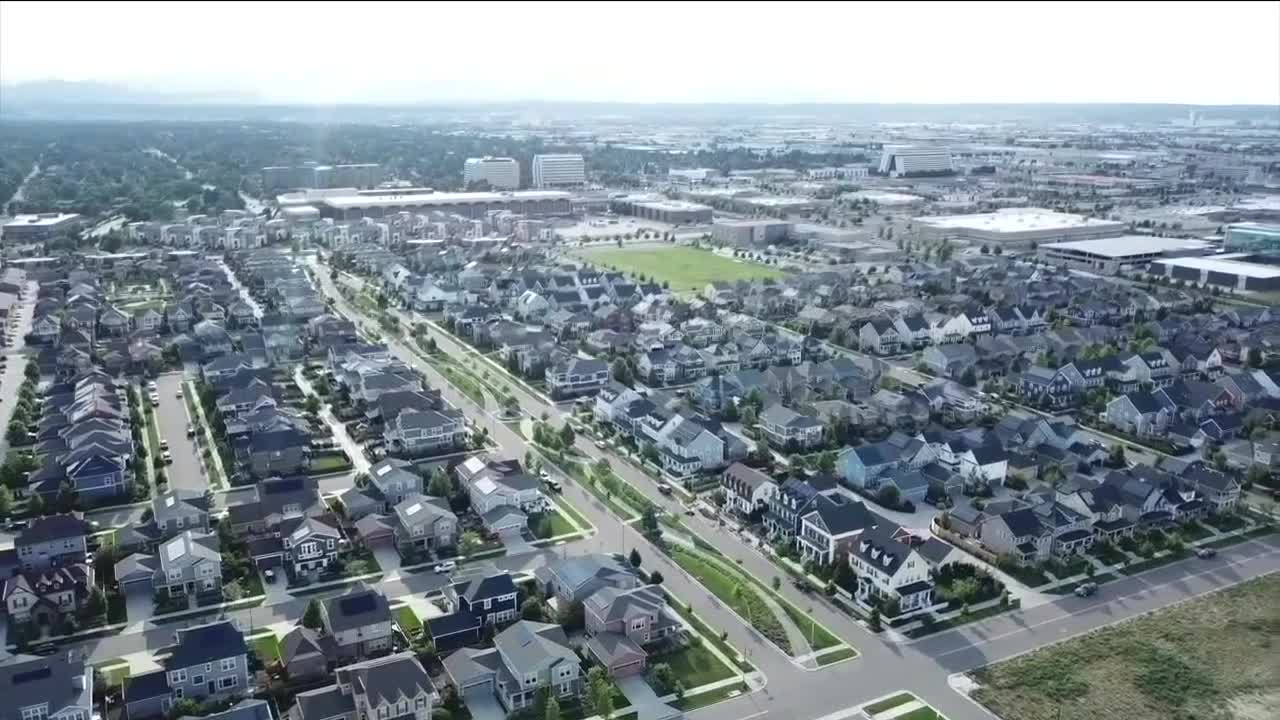 DENVER – The Stapleton United Neighbors association on Monday released the nine finalist names that neighborhood residents will vote on to replace the old neighborhood name.

Stapleton United Neighbors (SUN) opened voting in an online poll Monday morning where residents who own or rent in the neighborhood can vote for one of the names. The list of potential new names was whittled down to nine from more than 330 potential names by the SUN advisory board.

The survey is online and asks people to vote for their first, second and third choices for a new name for the neighborhood. The first-round survey is open through Saturday, July 18 at 2 p.m.

SUN says it expects to whittle the list down from nine each week in July, with three rounds of voting.

Click here to vote. You will be asked for your name and physical address. The vote is confidential but not anonymous. People who do not submit their name and address will not have their ballots counted.

The nine finalists and a brief description of the meaning behind the name are:

John Mosley and Edna Wilson-Mosley were civil rights pioneers in the community who helped break racial and gender barriers. John was aa Tuskegee Airman during World War II and helped integrate the U.S. Air Force. They were among the first Black Americans to own a home in what now is the neighborhood. Edna co-founded the Colorado Women’s Bank, was the first at-large city Councilperson of color in Aurora. Their daughter was a United Airlines pilot for 47 years and several sons and grandchildren flew for the Air Force and United.

Meadowlarks are the state bird of several Western states and the area is abundant with Western Meadowlarks. They are also sacred or symbolic in several Indigenous cultures,

The name harkens back to either the airport concourse or “a coming together of people,” SUN says – and could also be relevant to the open spaces in the area where people gather.

Helen Peterson was a Cheyenne-Lakota lobbyist and activist, the executive director of the Rocky Mountain Council of Inter-American Affairs, and an early member of Denver’s Commission on Human Relations. Elanor Roosevelt had Peterson help reorganize the National Congress of American Indians, and she later was the director of the Commission on Community Relations in Denver. She is a member of the Colorado Women’s Hall of Fame.

This name comes from the nearby Central Park. SUN says the neighborhood name change has been divisive. “It has sometimes brought out the best and worst in us and created tensions among neighbors. Central Park would be non-controversial, natural and drama-less, which is what our community could use right now,” SUN said.

This name comes from the vicinity to DIA, the historical Stapleton Airport and the view of the Colorado sky off to the west, with the Rocky Mountain sun- and moonsets, and the vast sky of the Eastern Plains.

“Daddy” Bruce Randolph was a Denver legend and barbecue master. He came to Denver from the South, and became a community leader through his restaurant, philanthropy and historic cookouts, in which he fed thousands of people. “We can only hope that his spirit will inspire us all to give from where we are, with what we have; and that our children will grow to know the joys of being a good neighbor, a contributing community member, and an all-around amazing human being,” SUN wrote.

Similar to the Central Park option, this option comes from the vicinity to Central Park, and SUN says “it does not carry any stigma or controversy.”

This name stems from “the winds of change” and that tailwinds help carry things forward. “The name Tailwinds embraces both the history of aviation and asks for strength in a positive trajectory,” SUN wrote.

“It’s just important that the community weigh in and that what comes out of this is something that everyone feels that they can get behind,” said Amanda Allshouse, the president of the board of directors for Stapleton United Neighbors.

Everyone who is over 18 who lives in Stapleton, whether they rent or own a home, is allowed to participate in the vote.

There will be three rounds of voting. The first round on the nine names will last until Saturday. The second round with the top four vote recipients will begin later in the month. A final round with the top two picks will likely happen in August.

“It certainly feels like there’s community support behind going through this process now in a way that I didn’t really feel was present in the community during the previous iterations and it now certainly feels like it’s the right time to be doing this,” Allshouse said. “What’s behind all of this is just an effort to make the community a place where everybody feels welcome and included.”

While the people included in the possible name choices are three who have contributed to Colorado and Denver in different ways, some residents say they don’t want the area to be named after a person.

Chris Nelson, a Stapleton resident, says he would prefer something more neutral.

“We’re imperfect people and then if we start naming things after people who were imperfect a lot can go wrong, especially in this sort of mood that this country is in now with canceling people,” Nelson said. “You know 20 years from now a phrase that an individual might’ve said in 20 years might be deemed inappropriate.”

Allshouse says the advisory board made sure to choose three names of people who had no ties to discrimination of any type.

The Stapleton name has never bothered Nelson; he sees the name change as something more symbolic than substantive.

“It’s going to make some people feel good about themselves that they’ve contributed to the social injustice going on right now but it really doesn’t actually make actual change,” he said.

He's like to see more done to address some of the economic damage that racism and systematic suppression has done.

Even with the switch, Nelson thinks it will take time for people to stop calling the area Stapleton, pointing to the fact that people still call the Broncos stadium Mile High stadium all these years later.

“It takes a generation. The next generation of kids to come along probably and call it something different,” he said.

Changing a name won't change the past or fix everything, but many believe it is an important start. Soon, Stapleton will have a new name. It may be the first major area in recent memory that will experience a name change but might not be the last. Many other areas in Colorado are also facing scrutiny for their namesake's history like Mount Evans.

It will be up to the community and local officials to decide how far the name switches should go and what other changes are necessary as the state tries to look beyond its history and toward a future of inclusion.