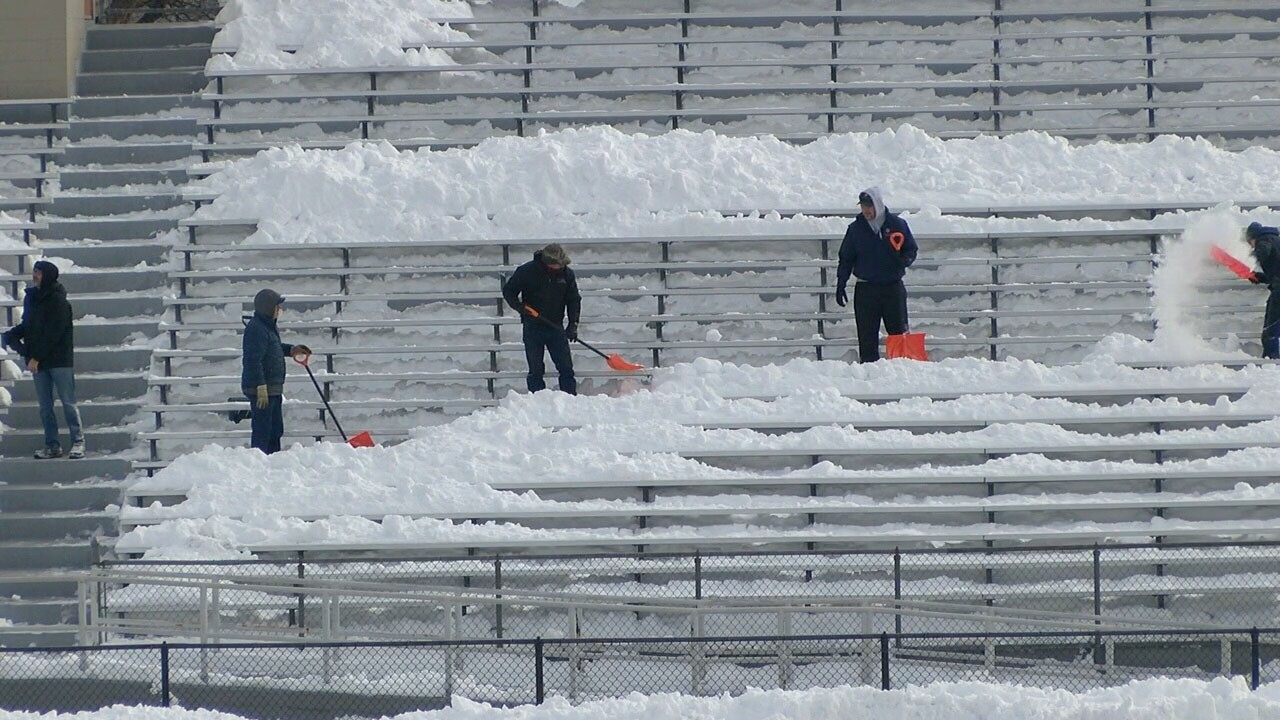 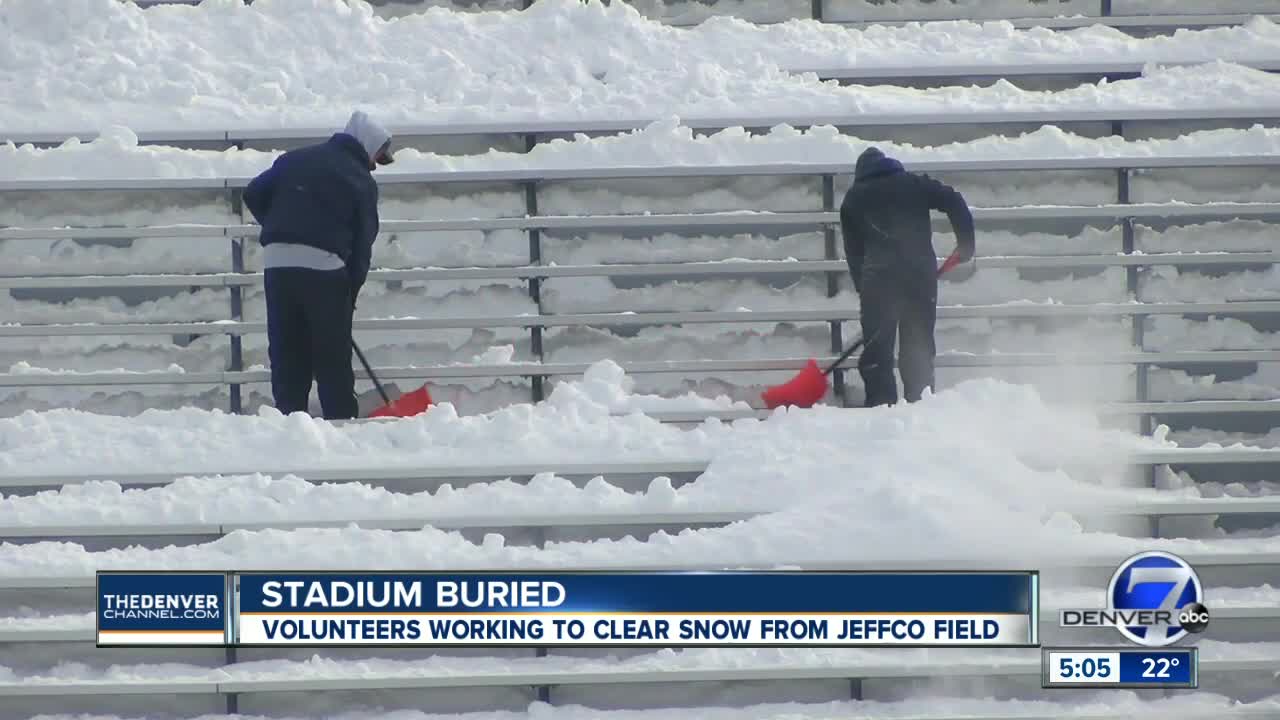 Mother nature dropped more than a foot of snow on Jeffco Stadium off 6th Avenue and Kipling this past Tuesday. Ever since the storm moved out field crews with Jefferson County schools have been working tirelessly to get the stadium prepped for weekend playoff football.

On Friday morning, manager of stadium operations Ezra Paddock directed his staff from the frozen football field below his feet.

"We've had snowy games but I don't think we've ever had so much ice collect on the field before," Paddock explained.

On Thursday, there was a social media push by the Jefferson County School District asking for volunteers to help shovel snow off the stands. A few dozen volunteers showed up Friday morning.

"The snow is heavy," said parent and volunteer Ann Leonard. "It was a great opportunity to come out. I knew it would be fun and that I would meet new people."

All the hard work paid off. The school district announced early Friday afternoon that the 7pm game between Ralston Valley and Columbine would go on as scheduled.

"It's great to have such an awesome community backing us up and helping us make sure the stadium is ready and safe for players and fans," said Paddock.

Cherry Creek was scheduled to play Pamona at another stadium in Arvada on Saturday. Paddock originally said if that stadium wasn't cleared of snow the game would be moved to Jeffco Stadium. The game was instead moved to the Stutler Bowl. Kickoff was set for 6 p.m.