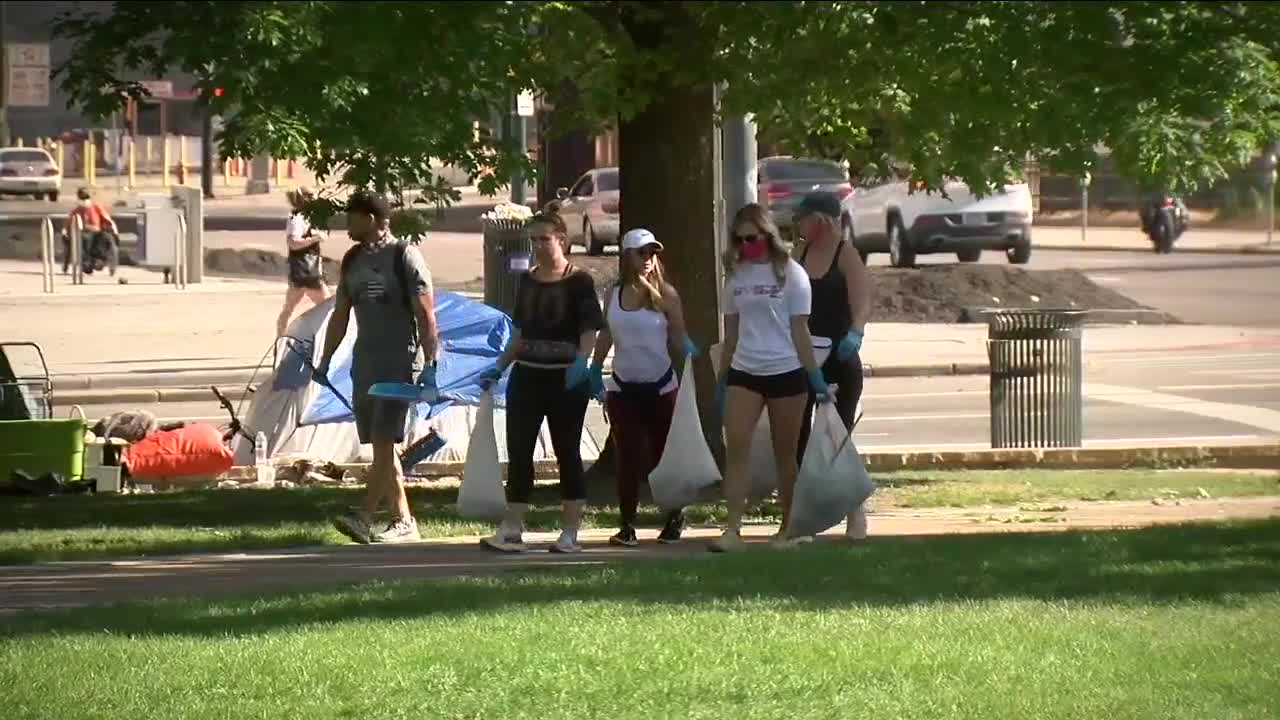 The City of Denver hosted a cleanup event at Civic Center Park Monday morning, following a weekend of protests and riots that left the park vandalized. 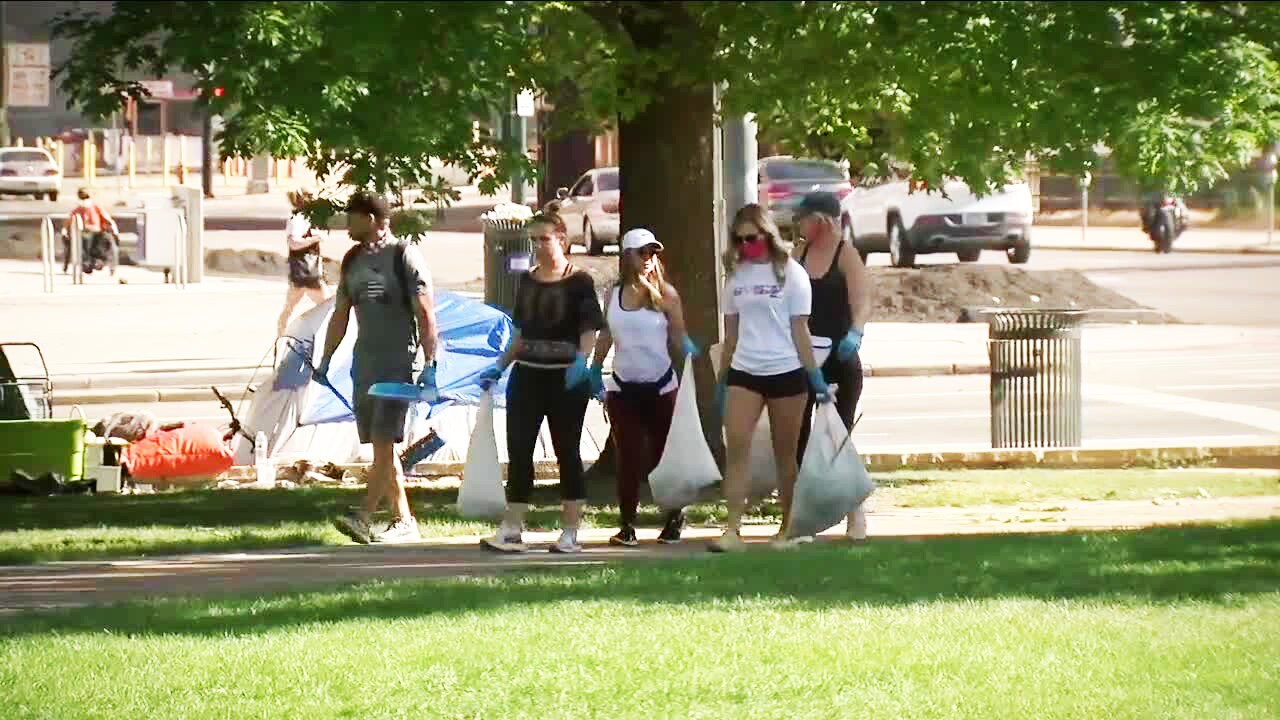 DENVER — The City of Denver hosted a cleanup event at Civic Center Park Monday morning, following a weekend of protests and riots that left the park vandalized.

At 8 a.m., city employees began handing out trash bags, trash pickers, and other materials to dozens of volunteers who came out to help.

From children to seniors, volunteers scrubbed pavement to remove graffiti and picked up trash.

This was the line of people waiting to volunteer to cleanup Civic Center Park this morning. From 18-month-olds to seniors, people came out ready to help. #Denver7 pic.twitter.com/0dQawshfmX

“I saw a bunch of trash. It just got me sad and I didn’t like it at all,” said 13-year-old volunteer Fabian Moran. “We have a right to protest because of what happened with George Floyd but this is unacceptable."

Downtown resident Dianne Fisher said she thinks most of the damage was caused by outside agitators.

“I feel like the people that were demonstrating, marching, were non-violent. I feel like there were some bad actors that got involved and did all of this damage to make the peaceful protest look bad,” said Fisher. “It hurts my heart so see our city messed up like this. And I don’t know how someone could do this kind of damage.”

But Fisher and Moran said they remain hopeful, that no matter what’s next, Coloradans will once again come together to try to cleanup the mess.

Dozens of volunteers have fanned out around Colorado Capitol to clean up graffiti and trash. @DenverChannel #denverprotests pic.twitter.com/GfS8Mt09tD