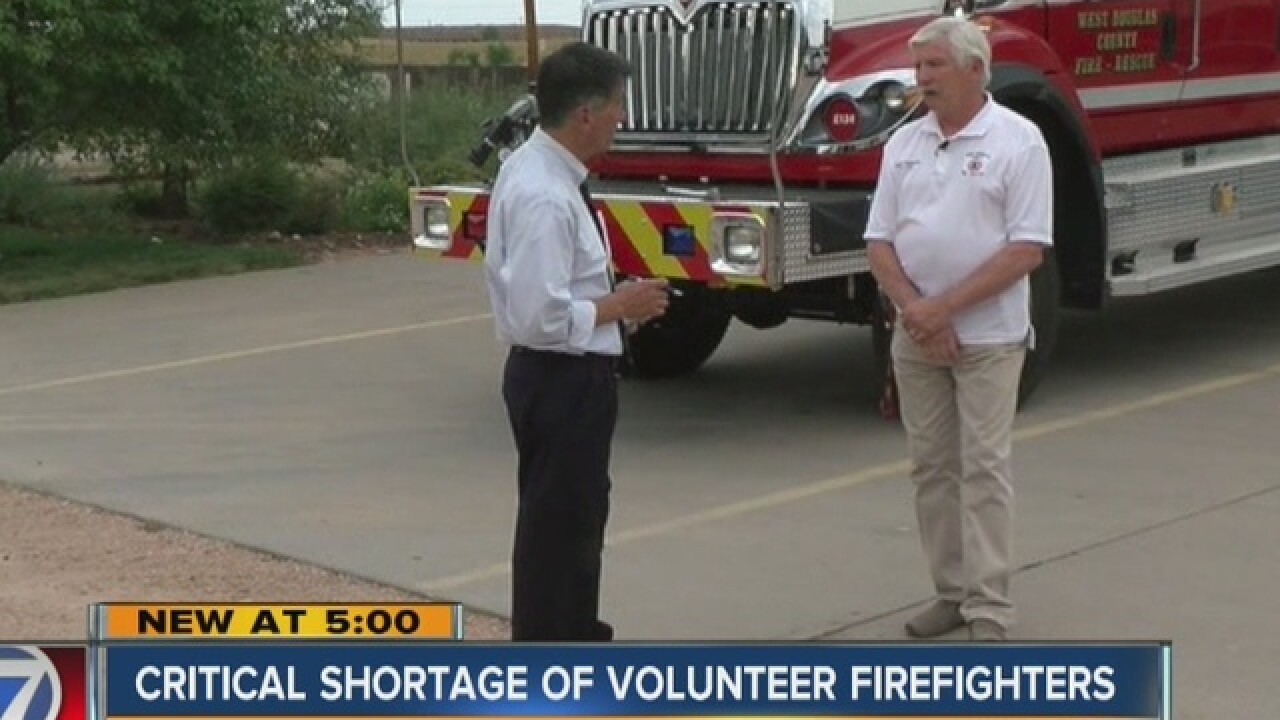 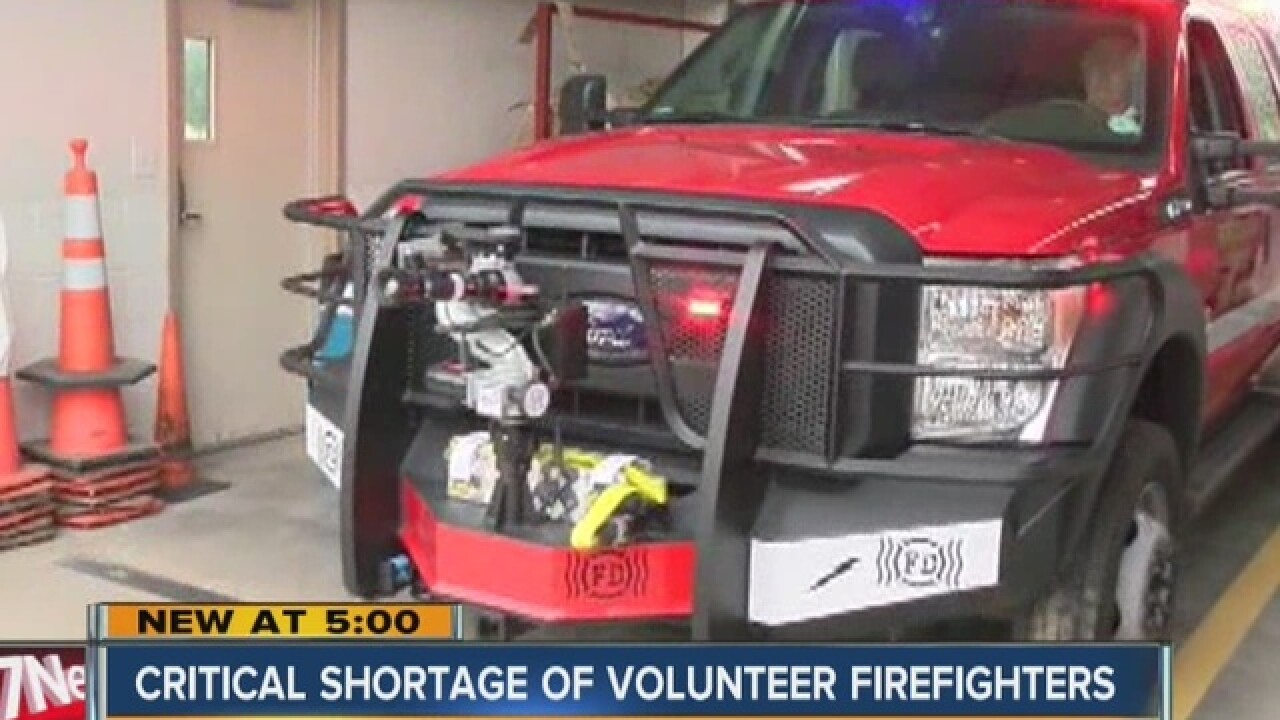 Volunteer fire departments across Colorado are still struggling to recruit and retain firefighters.

The reasons are several fold.

One of the biggest -- there aren't as many jobs as there once were in small towns.

"We all have to work, we all have to eat and we all have to put a roof over our heads," said Chief Terry Thompson of the West Douglas County Fire Protection District. "Twenty to 30 years ago, many of the volunteers (in Sedalia) were people who were born and raised here, who lived and worked here.  Now, people are chasing jobs.  They have to drive to Denver or to Colorado Springs to work, so it's very hard to keep volunteers."

Thompson told 7NEWS that volunteer firefighters are critical to safety, especially during wildfires.

"They know the back country," he said, "because they grew up there."

According to the National Fire Protection Association, 69 percent of all firefighters in the U.S. are volunteers.

Chief T.J. Steck of the Elizabeth Fire Protection District said they have a good staff of volunteers now, but have placed a banner in front of their station encouraging locals to "Join the Fight."

"We're always in need of volunteers because of the retention issue," Steck said.

"The process we use," he said, "involves a background check, a physical and a certification process.  It takes time and it's expensive."

He said many of the volunteers start out in small, remote communities to get their foot in the door.

"They get experience and then move on to paying jobs," he said.

Brita Horn, who heads up the Rock Creek Volunteer Fire Department in McCoy, between Steamboat Springs and Wolcott, said during the peak season, there are 10 volunteers on her force.   Right now, she has 8.

When asked why it's difficult to recruit and retain volunteers for her department, Chief Horn replied,"We're not Petticoat Junction anymore.  Our culture has changed. People don't stay in the same area for any length of time. There's not the same community spirit."

She also said many younger people in her district would rather use their spare time for recreation.

Deputy Chief Dan Hatlestad of the Inter-Canyon Fire Protection District said they have adequate staffing now, but are also dealing with a high attrition rate.

He said our modern mobile society plays a big role in the difficulty of retaining volunteers.

"The average person lives in one location for 7 years before moving on," he said. "When we sign up a volunteer, it takes one year for basic training.  By the time we get them more experience on the line, it's three or four years.  A year or two later, some are ready to move on."

Hatlestad said there are no businesses in the Inter-Canyon district, and consequently, no jobs.  So residents commute out of the district for their regular jobs.

"That depletes our number of volunteers during the day," he said.

"It's a huge problem nationwide," he said, "and not just firefighting.  Traditional volunteer work is declining across the board.

He also noted that the district's population is aging and that more residents are facing medical issues, "so demand for medical services is increasing."

He says they're using social media and social events to reach out to prospective volunteers.

Other departments are also using creative incentives to recruit volunteers.

Others, like Elizabeth, offer a residency program, where volunteers can stay at the fire station in exchange for responding to emergency calls when needed.

Thompson says that incentive works particularly well in small college towns, where students can use the station to study and sleep and then help out when needed.

The West Douglas County chief said he can't take advantage of that incentive because they don't have living quarters at any of their stations.

When asked what he does to recruit, he replied, "Well, so far, I haven't had to get down and beg."

Thompson said he's lucky to have a unique volunteer like Mike Wyatt.

Wyatt, a business owner who travels to and from Europe as an electronics consultant, grew up in a big city but moved to the Sedalia area.

He says he volunteers when he's home for extended periods of time.

"The way I look at it," Wyatt said, "this takes me away from my day to day grind, what I do on a daily basis."

Wyatt told 7NEWS that he gets to do in his spare time what he enjoys doing -- serving his community.

"Instead of driving down the road and wondering, 'what's going on?' I have an opportunity to be involved."