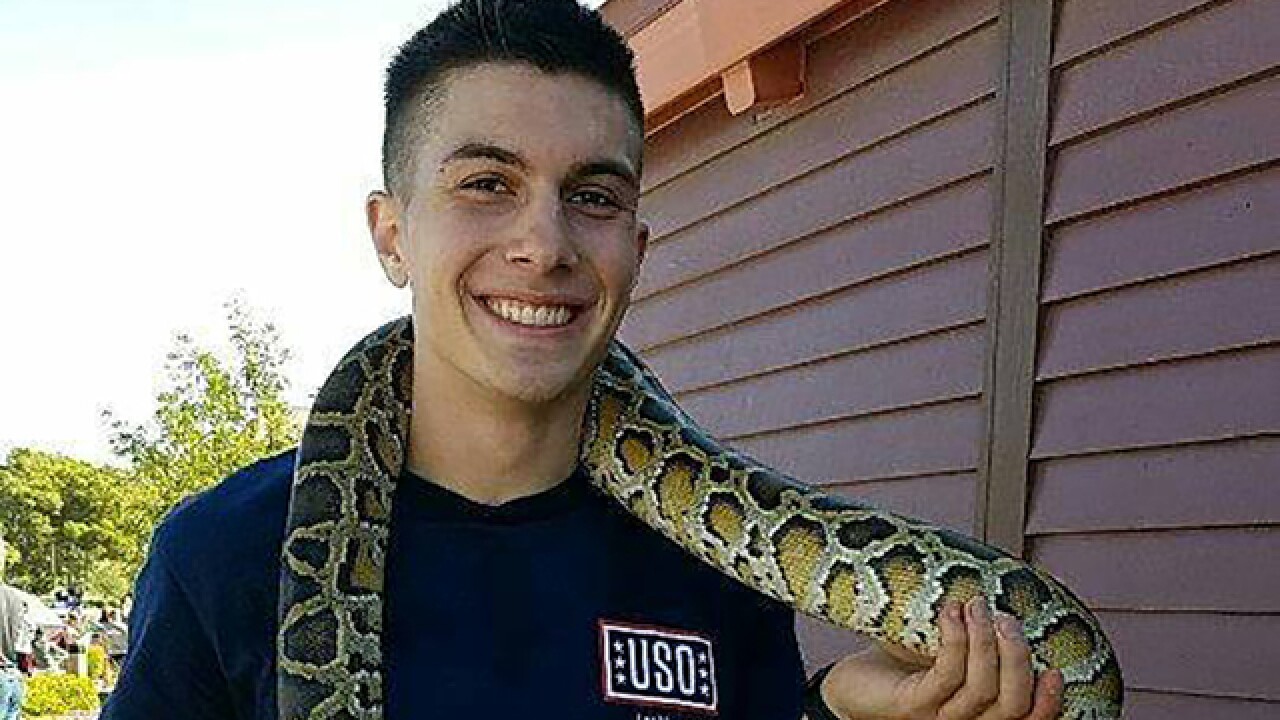 U.S. Air Force Academy
<p>The United States Air Force Academy is asking for help in finding a cadet candidate who was last heard from Friday night. The academy says that Micah Tice was last seen at his sponsor’s home in Colorado Springs on Thursday evening and that his parents, who live in Nevada, last spoke with him around 9 p.m. on Friday. (Photo: U.S. Air Force Academy)</p>

The visitors said they were in the Longs Peak area on Saturday and had spoke and hiked with Tice for about 20 minutes.

As they hiked, Tice told the visitors he had started from the Longs Peak Trailhead at 6:30 a.m. The visitors said they last saw him around Battle Mountain between 7:30 and 8 a.m. that day.

The weather started to deteriorate after that point, and visibility dropped.

Tice, a cadet candidate at the US Air Force Academy from Las Vegas, was last heard from late in the day on Nov. 23. His vehicle was found at the Longs Peak Trailhead on Monday. His destination is unknown.

Tice is described as a white male, standing 5 feet, 11 inches and weighing about 160 pounds. He has dark hair and brown eyes.