VIDEO: Missing dog out of New Mexico reunited with owner in Summit County 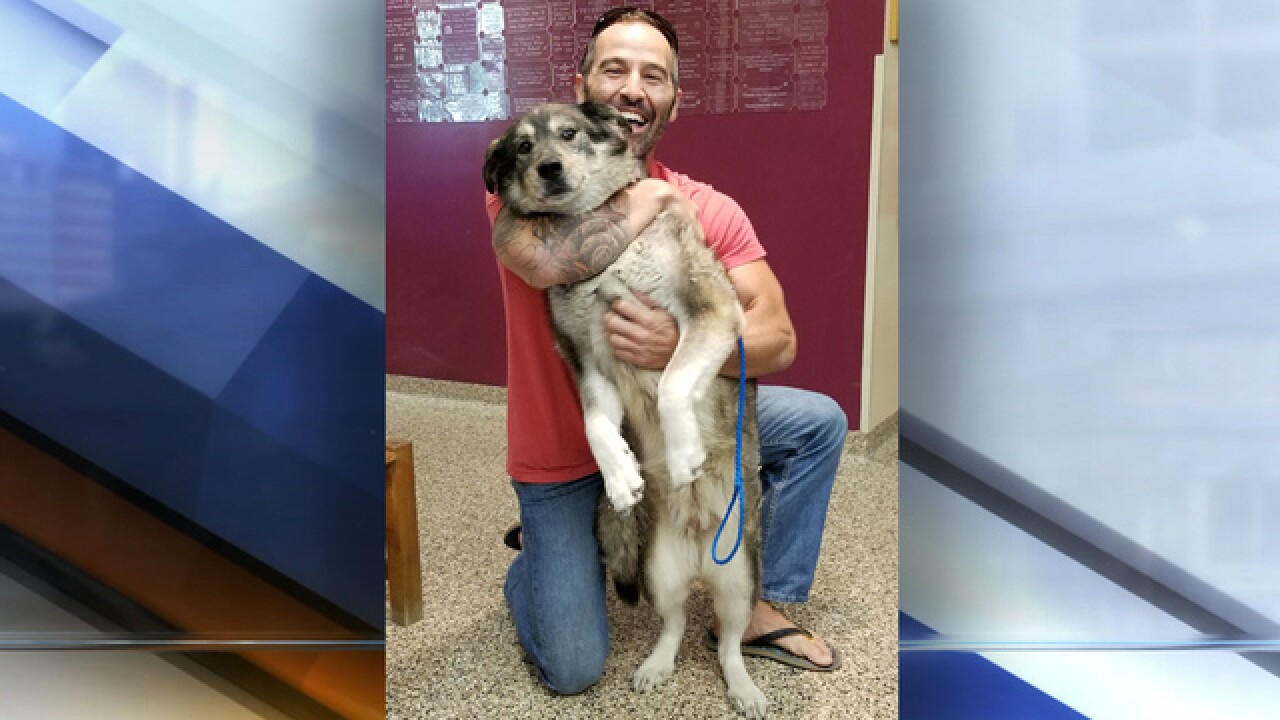 SUMMIT COUNTY, Colo. — Two months after she had gone missing from a New Mexico home, a 6-year-old malamute mix was reunited with her owner in Summit County.

While Erick Williamson was attending graduate school in Colorado, his mother, who lives in New Mexico, was caring for his dog, Rainey. This summer, the dog escaped from the home and while family, friends and neighbors searched the area, they couldn’t find her.

Rainey ended up at a shelter in Aztec, New Mexico, where she was scanned twice for a microchip, though none was found. Vets did determine she was heartworm positive.

She was placed on a euthanasia list at the shelter.

Almost six hours away, the Summit County Animal Shelter expressed interest in transferring Rainey to its shelter, even though the dog was older and heartworm positive, meaning she could require some pricey treatments. But knowing she could be euthanized otherwise, the shelter pursued the transfer. Thanks for support from donors, the shelter raised enough funding to move Rainey to its facility.

A few days after Rainey arrived, she was examined by Summit County Animal Shelter Dr. Alison McNeilly to begin her heartworm treatment. McNeilly scanned the dog one more time to check for a microchip and was surprised to find one.

Staff at the shelter traced the microchip back to Williamson and called him to tell him the good news and why his dog was in Colorado. Williamson and his family were packing up their home along the Front Range to move to Louisiana that day. He made arrangements to get Rainey heartworm treatment and drove to the shelter to pick her up on Aug. 11.

The Summit County Animal Shelter said it hopes this reunion story brings hope to owners of lost animals, and demonstrates the importance of microchipping pets.

You can watch the reunion below.