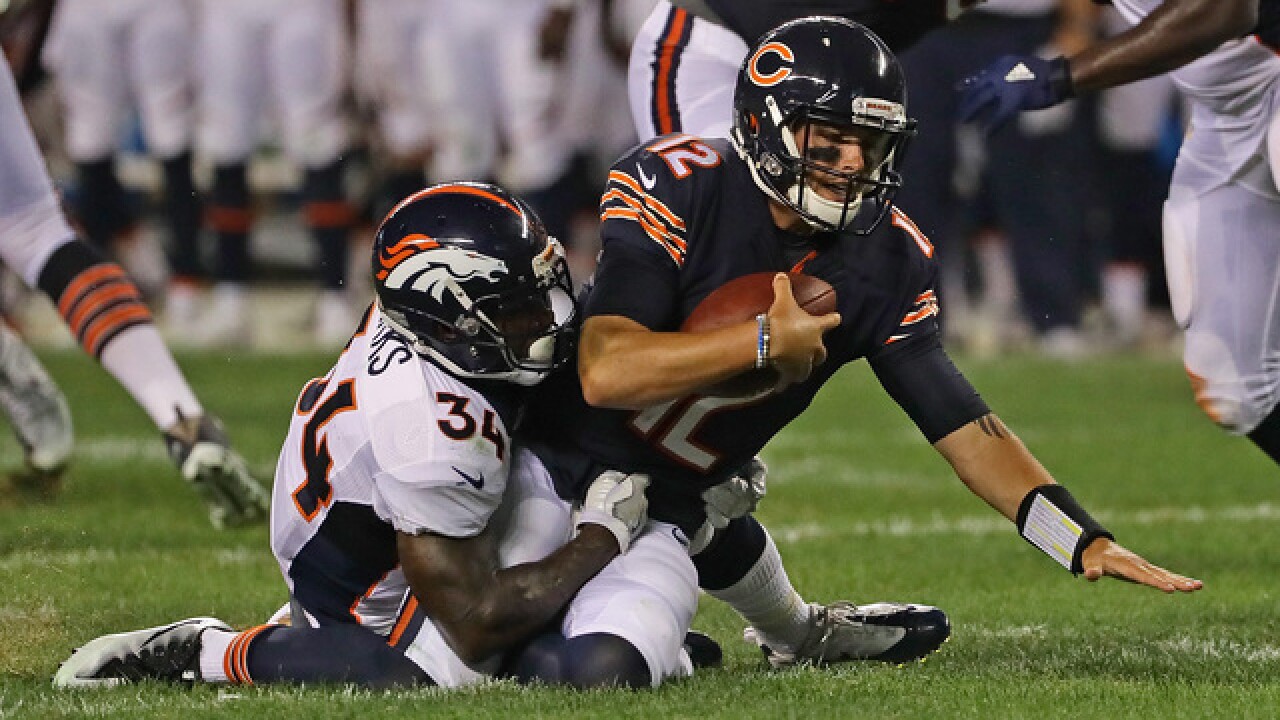 Copyright Getty Images
Jonathan Daniel
<p>CHICAGO, IL - AUGUST 11: David Fales #12 of the Chicago Bears is sacked by Will Parks #34 of the Denver Broncos at Soldier Field on August 11, 2016 in Chicago, Illinois. The Broncos defeated the Bears 22-0. (Photo by Jonathan Daniel/Getty Images)</p>

CHICAGO -- When the Denver Broncos took the field in their preseason opener against the Chicago Bears, they feasted with sharpened knives.

The 22 to 0 victory followed offensive, defensive and special teams plays that deserved video highlights, and the NFL delighted.

Picking up right where they left off!

Watch all 7 of the @Broncos sacks against the @ChicagoBears ? #DENvsCHi https://t.co/REM27hCyoJ

In total, the Broncos racked up 7 sacks on Bears quarterbacks, drawing questions about how heavily the broncos were pressuring in preseason games.

Despite those questions, the Broncos didn't let up. Special teams racked up a reel-worthy blocked punt, leading to another score.

But let's not forget the Broncos offense, which started the game off on the right note. A pass from Mark Sanchez sailed through the air, connecting with Demaryius Thomas for six points.