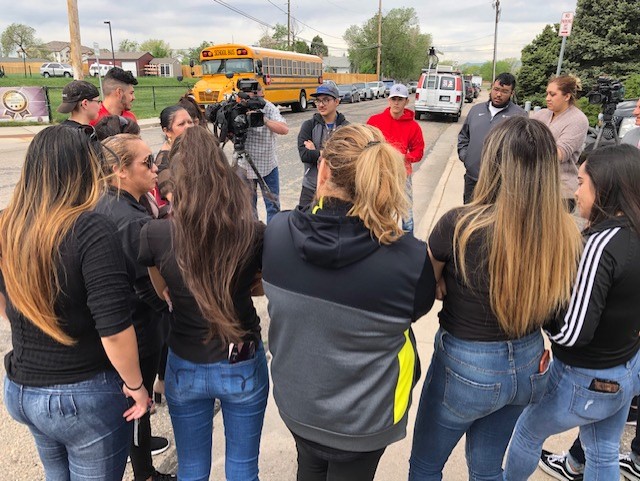 Members of Victory Preparatory Academy's Class of 2019 protested outside the school to draw attention to their administration's decision to cancel the graduation ceremony. 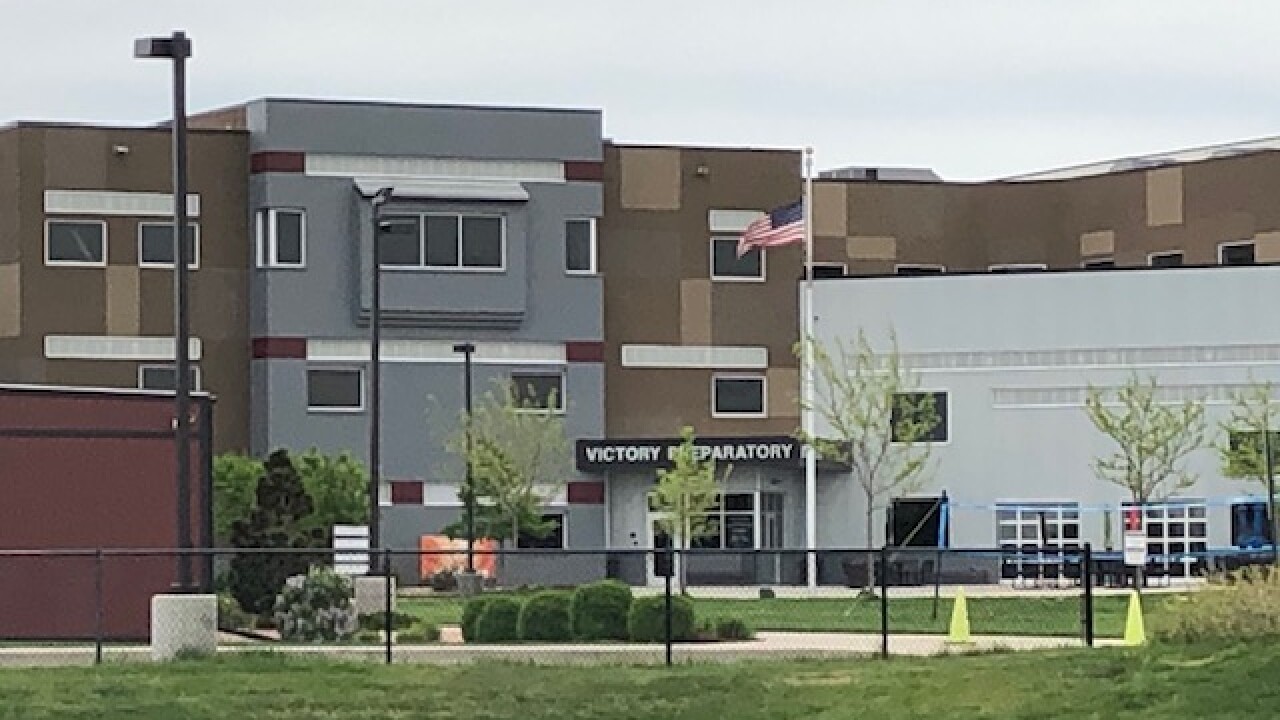 COMMERCE CITY, Colo. — Several members of Victory Preparatory Academy's Class of 2019 protested outside the school Thursday morning to draw attention to their administration's decision to cancel their graduation ceremony.

"It's just unfair to us," said Miguel Rodriguez, one of the 29 graduation candidates. "We've been working hard all year to get to this day."

In a note hand-delivered to the group, school administration said it normally distributes 180 tickets for guests, but was cutting back this year "in an effort to manage a complex context of concerns," among them, security.

The note states that in addition to tickets already allocated, students have requested an additional 240 tickets, "which pushes attendance beyond the school's capacity for occupancy."

It also states that five staff members were slated to work the event, but expressed reluctance to do so, and that the Commerce City Police Department could only send two school resource officers to provide security, instead of the seven requested by the Academy.

The note goes to say that the families' concept for the graduation "is just beyond the organizational capacity of the school."

But some students and parents believe the real reason for the cancellation has less to do with security concerns, and more to do with payback over a federal lawsuit filed against the school last November, alleging free speech and due process violations.

"I was just shocked that they would go this far and cut off so many family members from the ceremony that we've been waiting so long for," said Yosselin Almeida.

The lawsuit, filed in U.S. District Court, states that every high school student at VPA (grades 9-12) was suspended on Sept. 28, 2017 as punishment for student protest activities.

Instead, to protest what they felt were "overly strict rules," the student body sat down.

They were then suspended.

School offers to pay for another venue

School administration did not respond to Denver7's request for comment, but did say in the note that the school is willing to pay for another venue for an independent ceremony, "since parents and families don't have the myriad concerns for who and how people attend that a school does."

"If families take ownership of the ceremony every year, it would eliminate this type of tension and the school wouldn't be criticized for something it cannot physically do," the note stated. "The school will provide the education and the school-parent community can organize the celebration."

Several students and parents told Denver7 that a donor has offered to rent and cater a venue for the graduation ceremony.

"I'm glad they're helping out," one parent said.

"It's really important," said Yosselin Almeida. "We've been waiting our whole lives for this."