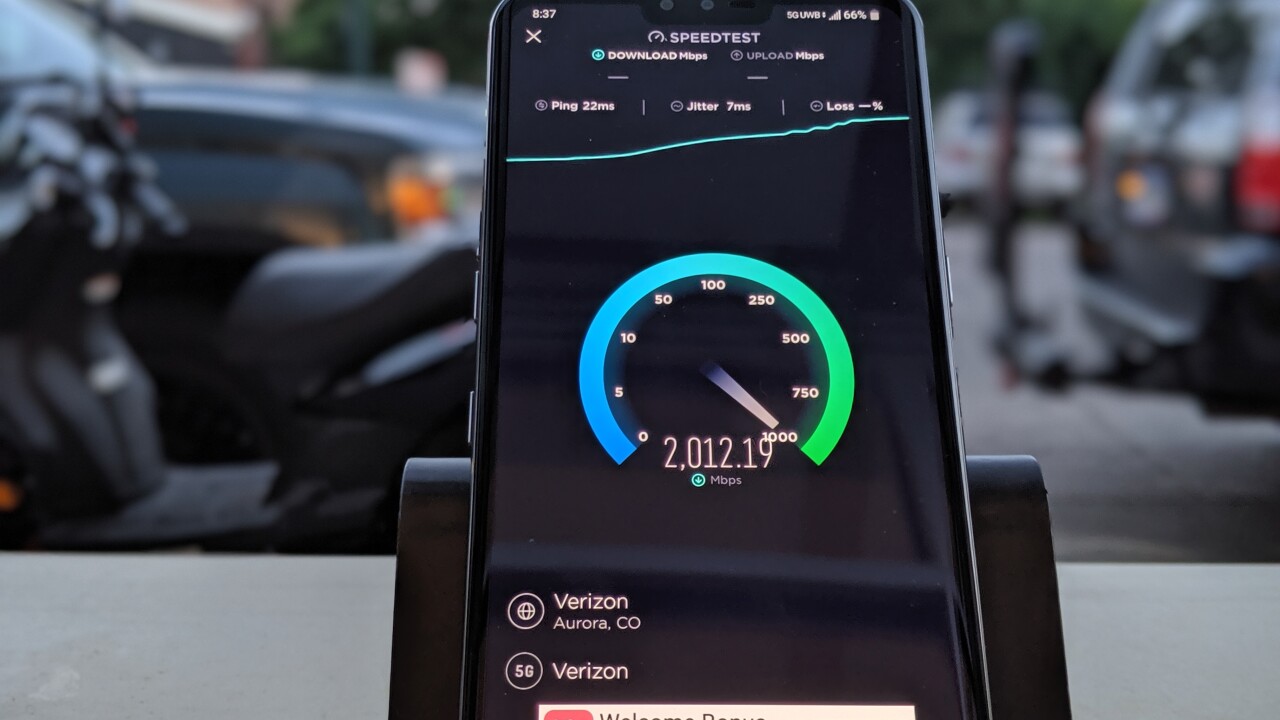 Copyright 2019 Scripps Media, Inc. All rights reserved. This material may not be published, broadcast, rewritten, or redistributed.
Steve Van Dinter/Verizon

Verizon aims to have its 5G network in more than 30 U.S. cities by the end of the year.

In order to take advantage of the higher speeds, Verizon customers will need to upgrade to a 5G-capable device. Verizon currently sells four phones that can utilize 5G networks — the LG V50 ThinQ 5G, the moto z3 and z4 (with a 5G add-on) and the Samsung Galaxy S10 5G.

5G cell coverage in Denver will be spotty at first. Verizon says the service will be concentrated in certain areas, including the Highlands, lower downtown and Coors Field, the Central Business District, Denver Center for the Performing Arts, parts of Capitol Hill and northern portions of the Denver Tech Center.

Other carriers, including T-Mobile, AT&T and Sprint, continue to roll out full 5G service in select cities while some have been providing better speeds under confusing "5G" branding. For example, AT&T doesn’t yet offer 5G in Denver but some customers have noticed a “5G E” symbol on their devices at times, which stands for “5G evolution,” a rebranding of upgraded LTE systems.

Verizon isn’t the first company to embrace 5G, which has applications beyond mobile phones. Internet service provider Starry launched in Denver earlier this year and promises home wi-fi speeds up to 200 Mbps for $50 a month.