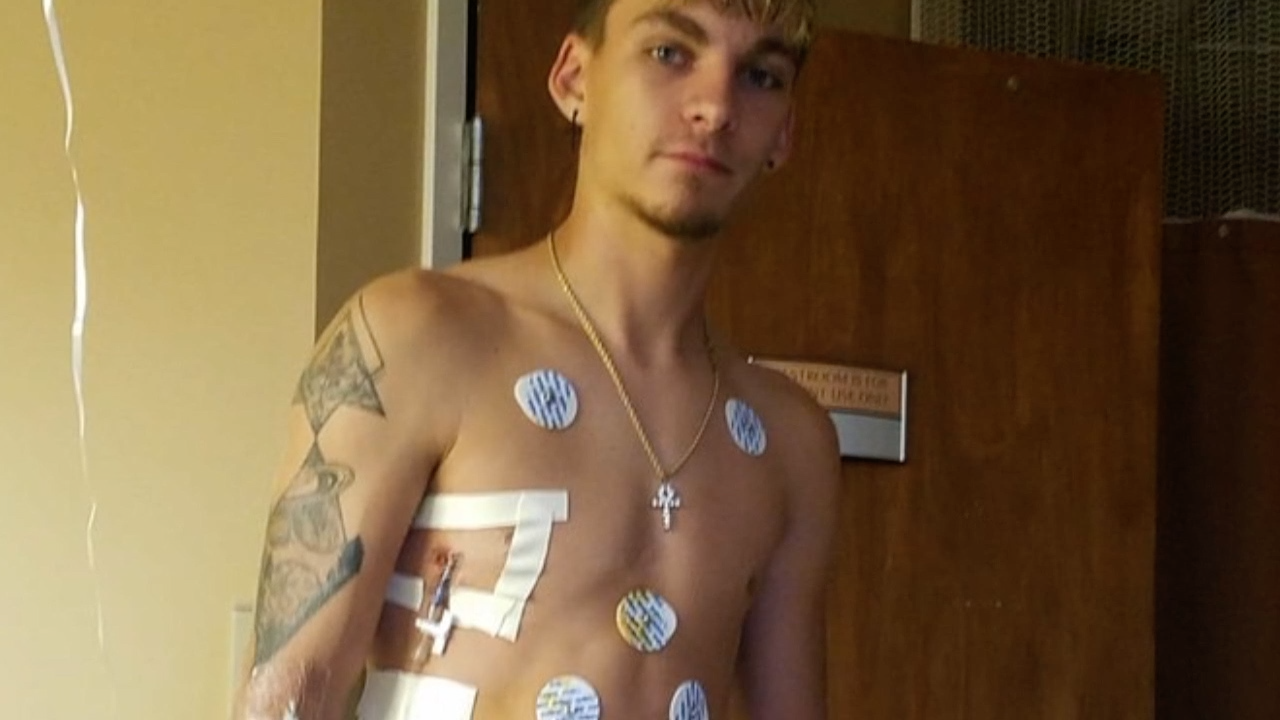 Copyright 2019 Scripps Media, Inc. All rights reserved. This material may not be published, broadcast, rewritten, or redistributed.
EW Scripps
One young Indiana man who insisted for years that vaping was safe is now calling the product and its claims little more than smoke and mirrors. And he’s got the scars to prove it. 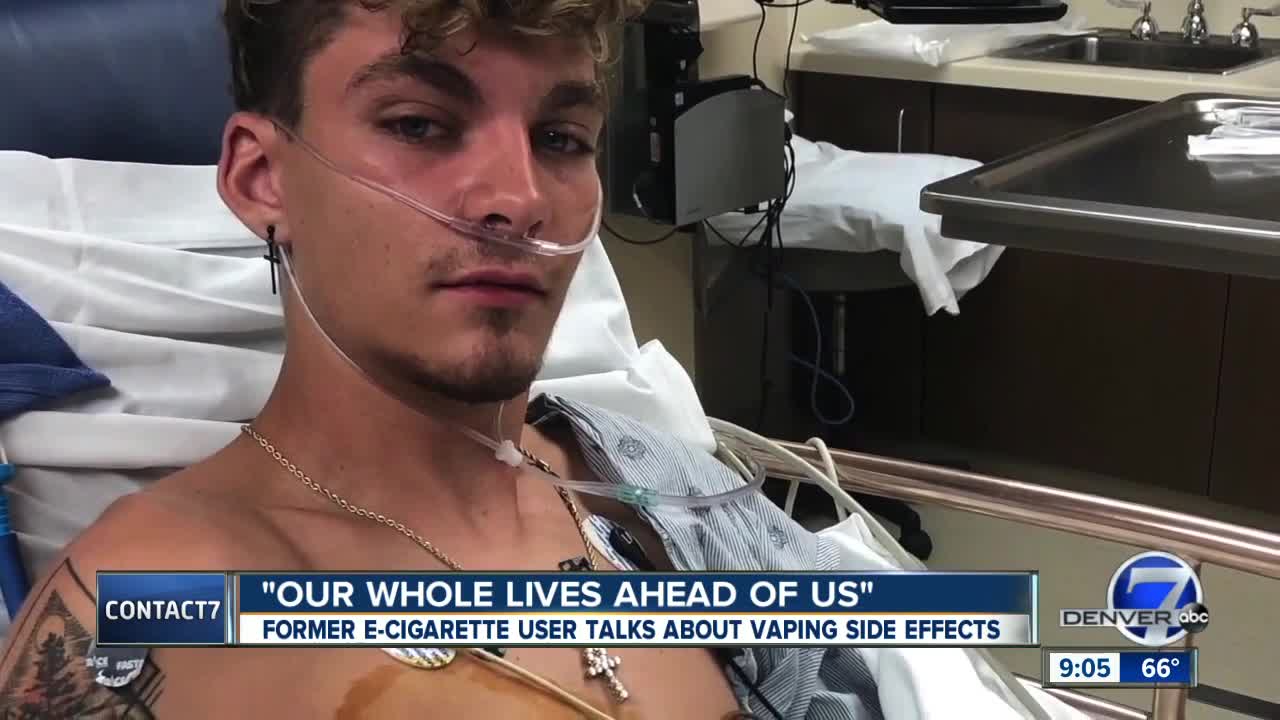 Another week has brought another death tied to vaping. At least six people have died from what health officials have called vaping-related, severe lung illnesses.

This emerging health crisis is slowly but surely getting the attention of even the most ardent supporters of vaping and vaping products. One young Indiana man who insisted for years that vaping was safe is now calling the product and its claims little more than smoke and mirrors. And he’s got the scars to prove it.

Kyle Lano says the e-cigarettes he thought were a safer alternative to smoking were instead a more efficient way to die.

There are now 9 million vapers in the United States today and a measly 450 who have suffered severe lung illness. In the minds of many vapers, the numbers just don’t warrant the health hysteria now sweeping the nation.

Or at least that’s what 21-year-old Lano told himself and anyone else who would listen.

“I would always argue how safe it was until those e-cigarettes took effect on me,” he says.

One year ago, the self-proclaimed vaping fanatic suffered a collapsed left lung.

"At this time, I didn't think vaping had anything to do with it,” he recalls. “And I told my family and the doctors that same thing. So, I didn't stop."

His vaping habit, what he calls his addiction to the vaporized nicotine, continued unabated following his hospitalization.

"I liked the clouds and the nicotine,” he said. “I was really into it."

Then, this summer, his love of vaping collapsed, along with his right lung.

"My chest just got really tight and I felt a sharp pain come right back up to my chest,” Lano says.

His choice of whether to quit had been flanked by his addiction.

“Now I believe it's vaping because it's the only thing I'm doing,” Lano insists. “There's no other reason why my lungs should've collapsed the way they did.”

Lano spent six days in the hospital this time. It cost his family thousands. But much worse, he said, it cost him one-third of his right lung and a lifetime of diminished lung capacity.

“I didn't know how serious it was until I was actually in the hospital and they showed me how small my lung was," he said.

A smoker gets plenty of warning before major health effects set in. That includes years of coughing, a loss of taste and smell. They are all precursors to something worse is on the horizon. However, for vapers like Lano, symptoms don’t include a heads up.

And we could be years from understanding why.

Dr. Christian Thurstone is the Director of Behavior Health at Denver Health. He knows why teens and young adults get hooked on vaping. It’s the same reason anyone can get hooked on smoking; nicotine. But what he calls the Russian roulette being played by thousands in Denver with vaping is mind boggling to him.

And, until more is known about what’s going into vaping juices, his advice is the same today as it was when vaping hit the U. S. market more than a decade ago.

“Until we know a lot more information about exactly what ingredient is in the vape juice that’s causing these deaths and serious illnesses, the best advice is to stay away from vaping,” Dr. Thurstone says.

That’s terrible news for the vaping industry, which is largely unregulated and now under tremendous scrutiny. Still, 40% of Denver teens have tried vaping, and half of those were still vaping this month.

Lano sees the continued popularity of vaping among teens and young adults and pictures an entire generation clouded by false claims and fancy flavors. He fears the real costs of this “untested” habit coming into focus far too late.

Vaping has quickly become one of the most popular addictions for an entire generation.

And while vaping supporters insist these cases of severe lung illnesses and death are only tied to those users who load their vaping devices with black market THC products and tainted juice pods, Dr. Thurstone has seen a different science.

And it’s convinced him dangerous oils and heavy metals can show up in just about any of those vaping pods. He says that to assume they are not in yours is little more than a user taking a leap of faith.