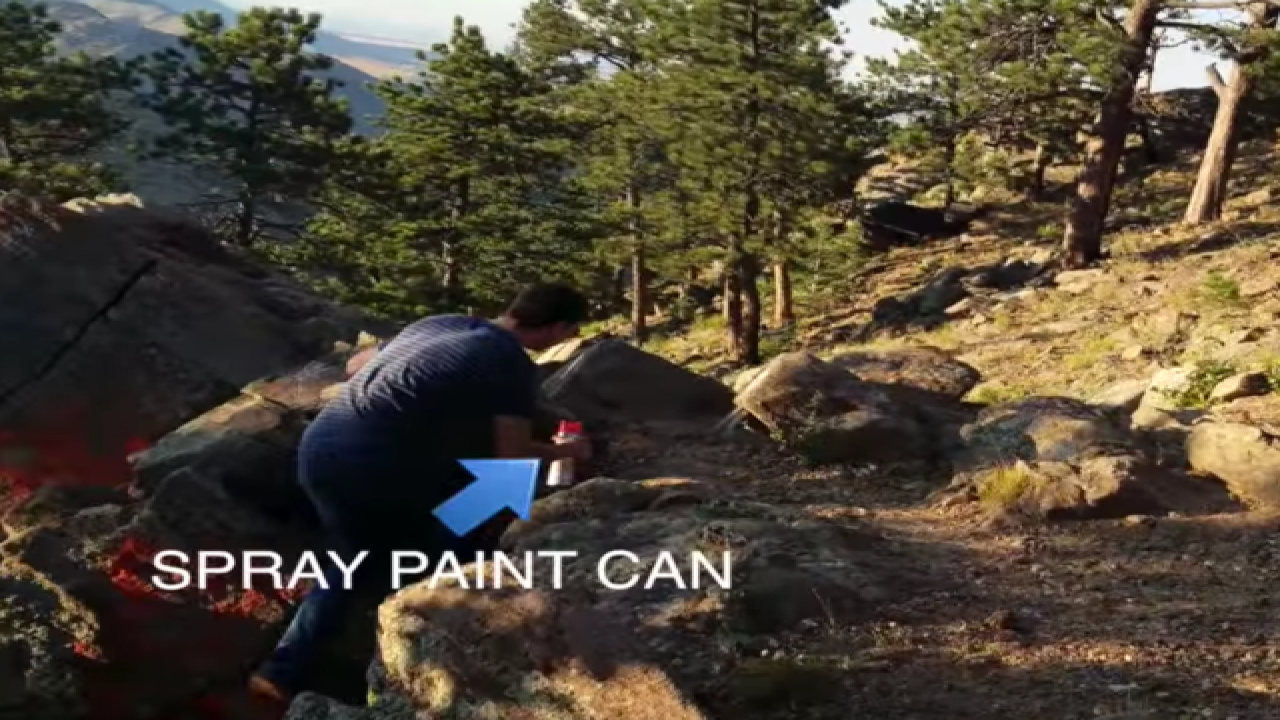 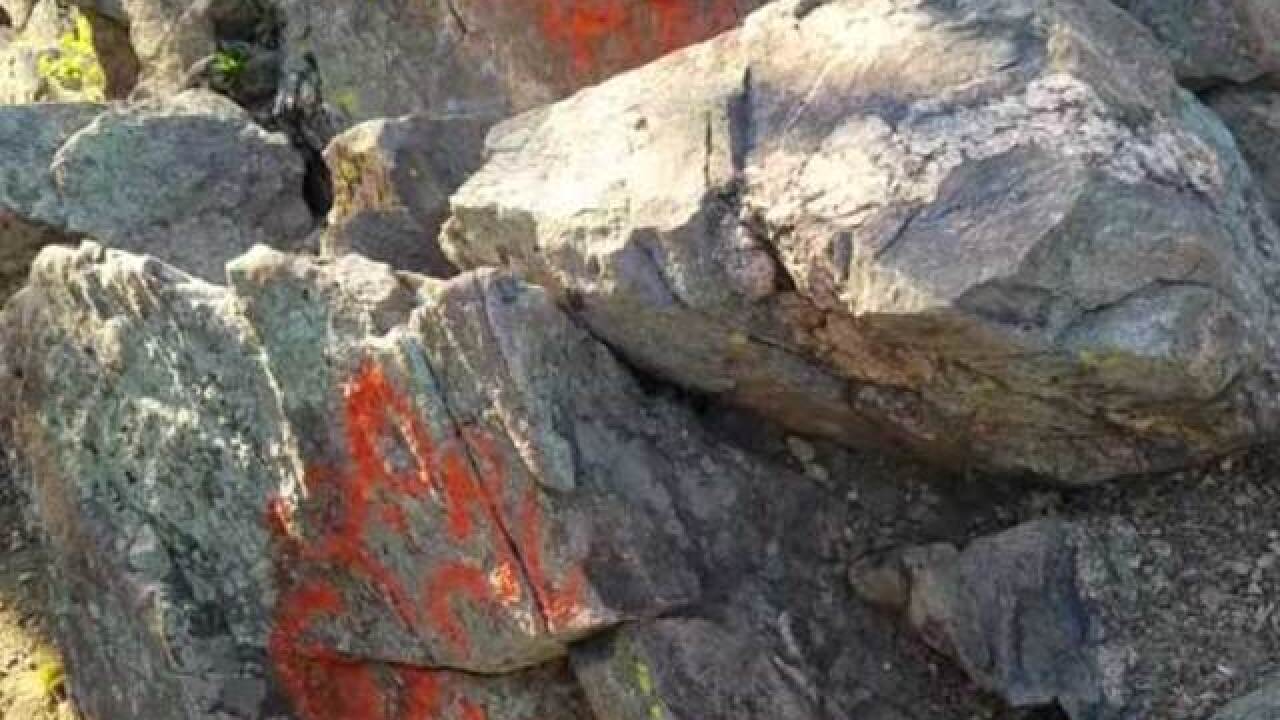 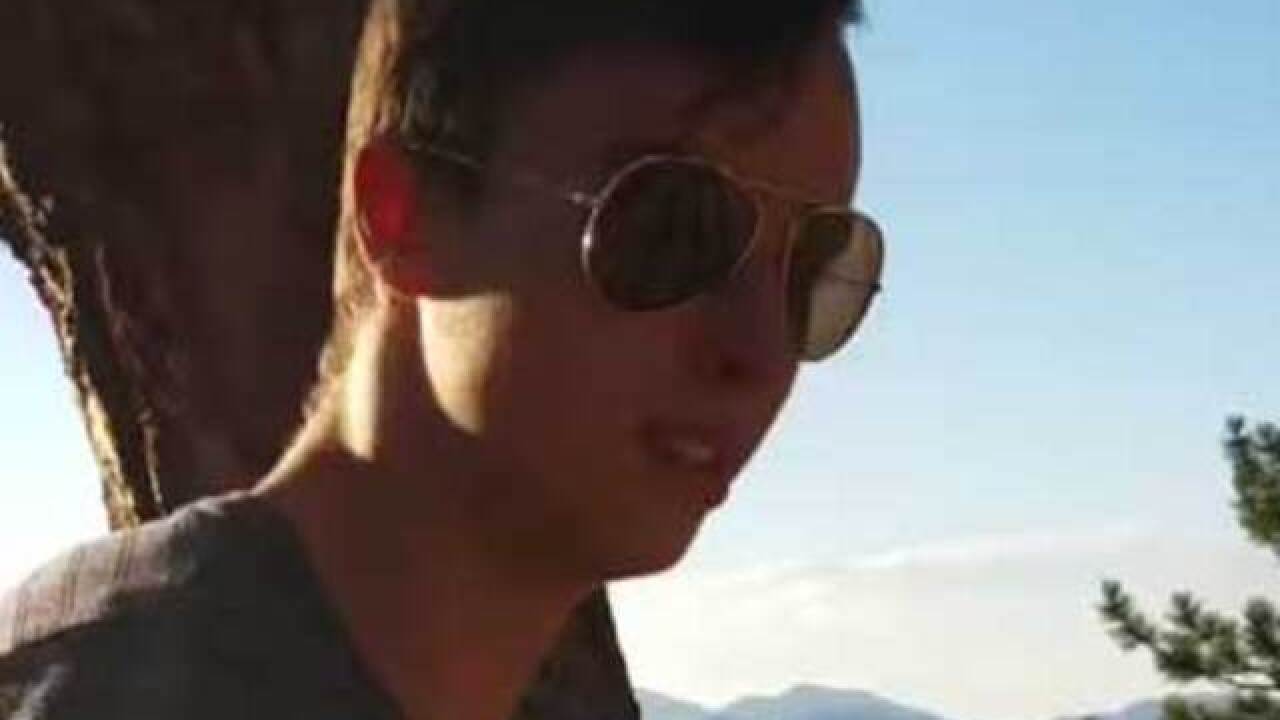 JEFFERSON COUNTY, Colo. -- A vigilant bystander helped the Jefferson County Sheriff's Office combat vandalism by recording two people spray painting graffiti on the popular Lookout Mountain.
Authorities just two days after the release of the video announced they identified both people caught on video, ticketing one after reviewing the evidence captured on camera.
Jefferson County Sheriff's Office officials say they ticketed 18-year-old Stanley Stettler for defacing property, a class two misdemeanor.
Stettler, who was caught on camera next to graffiti that said "STAN," faces a maximum of a year behind bars and a fine of up to $1,000 if found guilty.
Due to available evidence, police say the other man wasn't charged.
Police thanked the Jefferson County resident, who asked not to be named due to threats from the suspects.
"I couldn't believe someone was doing that in broad daylight," he said. "People are telling me now that I was brave for going up to them. I just wasn't thinking at the time because I just wanted to get video evidence of them doing it."
Mark Techmeyer, a spokesperson for the Jefferson County Sheriff's Office, said it may not always be the best idea to film people in the act, as it can evoke threats, like the bystander received.
"It could tend to be very dangerous. The reaction of suspects like this wouldn't always be that they walk away from this man, as they did in this instance," Techmeyer said.
Copyright 2016 Scripps Media, Inc. All rights reserved. This material may not be published, broadcast, rewritten, or redistributed.