USS Colorado to lurk the seas; Navy christens submarine in honor of Colorado 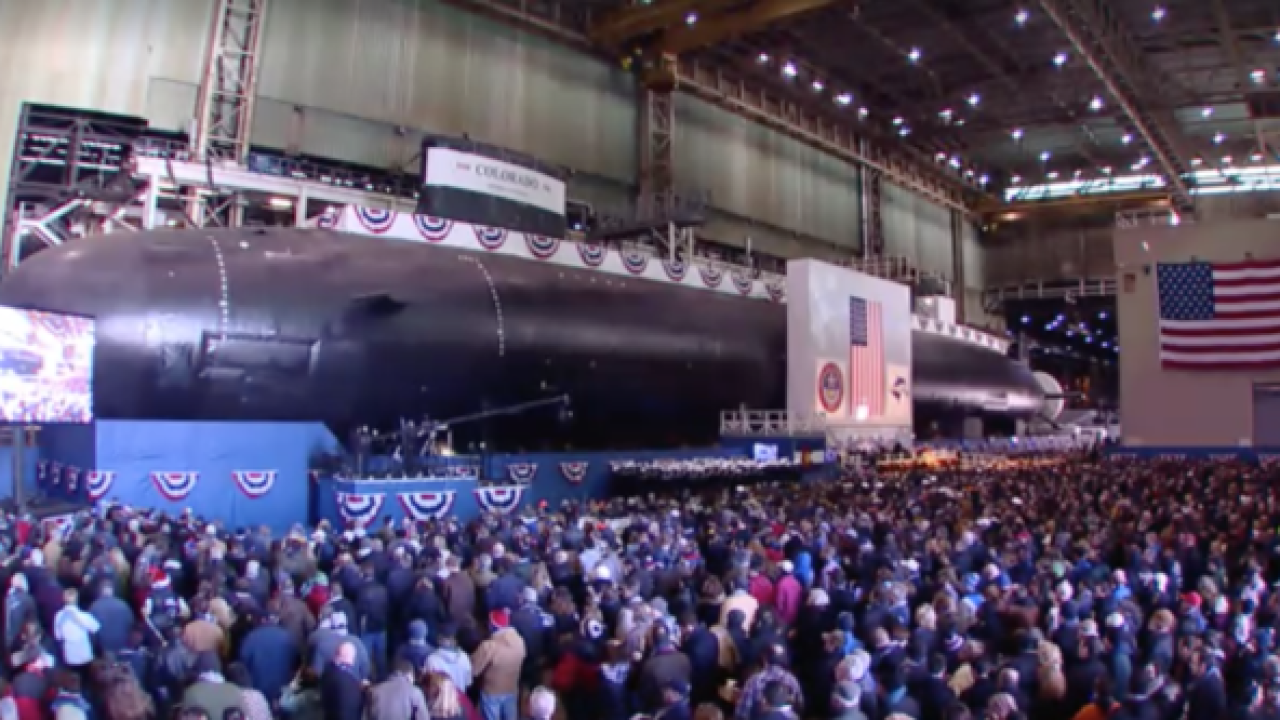 GROTON, Conn. — A sleek submarine will soon be lurking in the depths of the world's oceans and it bears the name — and ferocity — of the State of Colorado.

The Navy christened the USS Colorado -- its newest attack submarine -- on Sunday with a celebration including elements from the Centennial state.

The daughter of Ray Mabus, the Secretary of the Navy, smashed a bottle of sparkling wine from a Colorado vineyard against the 377-foot-long submarine of the Virginia class.

The bottle of sparkling wine first was chilled in a bucket of water from the Colorado River.

Mabus said the christening will be his last as Secretary of the Navy, saying "I could not have picked a better boat, a better place, a better person to celebrate this final christening."

The USS Colorado will serve in memory of four other Navy ships named for the state. Mabus said sailors on the current USS Colorado will be the rightful heirs to the crews who operated a 1923-commissioned battleship that won seven battle stars during World War II.

The very first ship named after the state was a three-masted frigate commissioned in 1856.