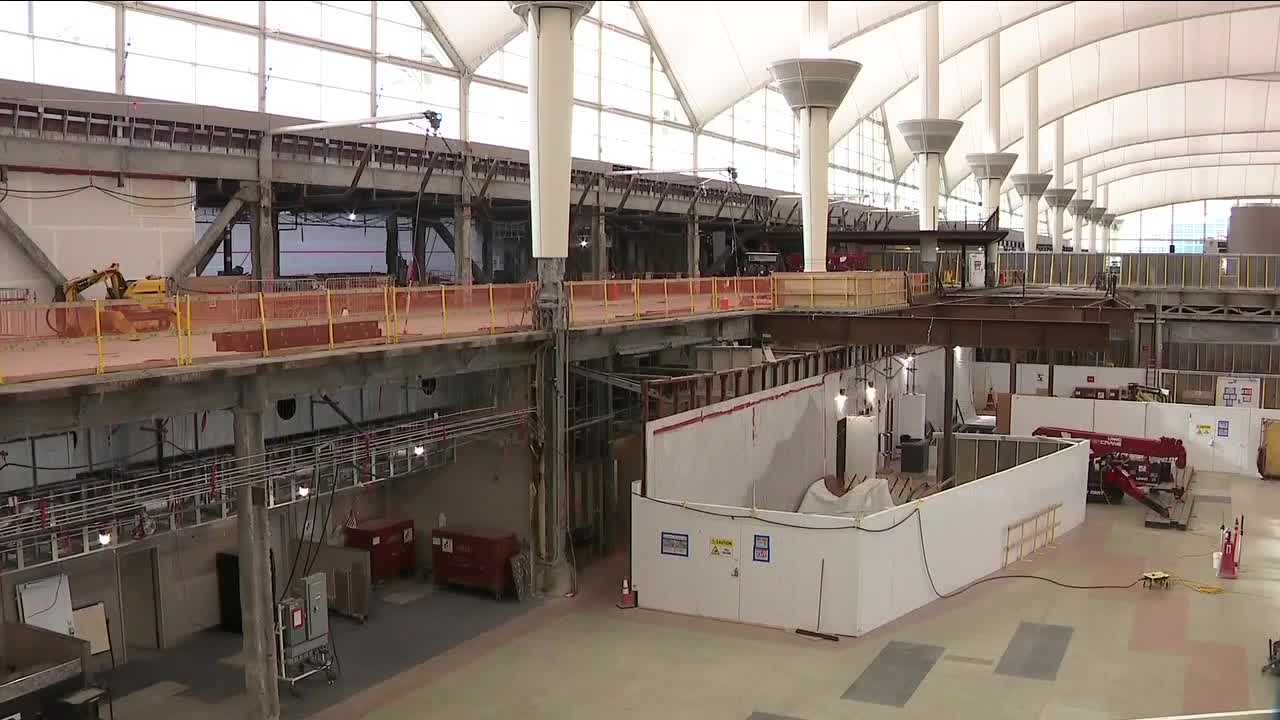 DENVER — Colorado is slowly recovering from the economic toll the COVID-19 pandemic took on the state.

The Q2 economic indicators report was released Wednesday, which showed the impact the pandemic has had on various sectors and how different sectors are recovering.

Secretary of State Jena Griswold and Richard Wobbekind from the University of Colorado at Boulder Leeds School of Business spoke about the indicators during a Zoom conference call.

Griswold said that while there is a lot of uncertainty, she is confident the state will recover.

“While there are positive signs of recovery, the road is going to be long. At this point we’re still unsure if there will be more federal stimulus funding coming,” Griswold said.

The report found that Colorado’s economy is stronger than the national average; the state’s gross domestic product grew 1% year-over-year in the first quarter of 2020 but fell 4.1% from the previous quarter.

“New businesses continue to be added but at a slower rate since COVID-19 declining over the prior quarter and year,” Wobbekind said.

While new entry filing for businesses have been growing, existing entity renews have also been strong and trademark filings are up year-over-year.

However, unemployment is still a considerable concern for the state. New initial unemployment claims are dropping, but Wobbekind says the number of filings for continuing claims tell the real story of where Colorado is at the moment.

“We are starting to see some signs of life in terms of certain sectors of the economy and the question is, 'how long will it take us to get back even further?” Wobbekind said.

While the state and economists track the data, groups like the Regional Transportation District are trying to figure out how to fill the funding holes the pandemic propelled.

RTD is now facing a $166 million budget shortfall for 2021, which is nearly $100 million less than the May forecast predicted.

During a board meeting Tuesday, members listened to a presentation about the budget situation and discussed ways to make up the deficit. The district is currently providing about 40% of its pre-COVID-19 services.

During the meeting, board members discussed three main ways to make up the shortfall: dipping into reserves, administrative cuts and slashes to future spending on FasTrack projects.

Some, like District J member Vince Buzek, spoke against the idea of slashing future funding to the FasTrack Internal Savings Account (otherwise known as FISA). The FasTrack projects include the northwest rail line, the southwest extension and the central extension.

“There’s been a lot of talk about the FISA because it is the low hanging fruit and the easy target for us. But I have to say, and I said it before and I keep saying over and over, I don’t think the FISA should be touched,” Buzek said.

He worried that cutting future funding to FISA would take away the possibility of the northwest rail line’s construction in the future.

“No one wants to complete these projects more than RTD but we have to face our financial reality and that financial reality is more stark right now,” said RTD spokesperson Pauletta Tonilas. “Each year, we contribute some funds to (FISA) so what our board is saying is, take the funds that would’ve been contributed next year and put it into helping us with our financial shortfall right now.”

That contribution would have been roughly $18 million, only a fraction of the budget shortfall.

The district is now taking a closer look at its administrative costs and its reserves to help with the shortfall. Non-union employees will also be forced to take furlough days to help.

“RTD, like the rest of the world, has a new financial reality with COVID-19,” Tonilas said.

Board members stressed in the meeting that they want to limit the impact on the already limited services as much as possible.

Denver International Airport is also facing a harsh financial reality; a report by Denver7’s media partners at the The Denver Post found that the airport only has $170 million left to spend on the Great Hall renovations and that the project will have to be reduced in scope.

In a statement, DIA said, “There is no doubt that the pandemic and our commitment to stay within budget has caused DEN to reevaluate future phases of the Great Hall Project. It would have been irresponsible not to take another look at the project with that in mind. We committed publicly that we would not go over budget and that means we have to take a hard look at the project and may not be able to build everything we hoped to build. We will have to reduce scope but we will also build the best project we can within these limits."