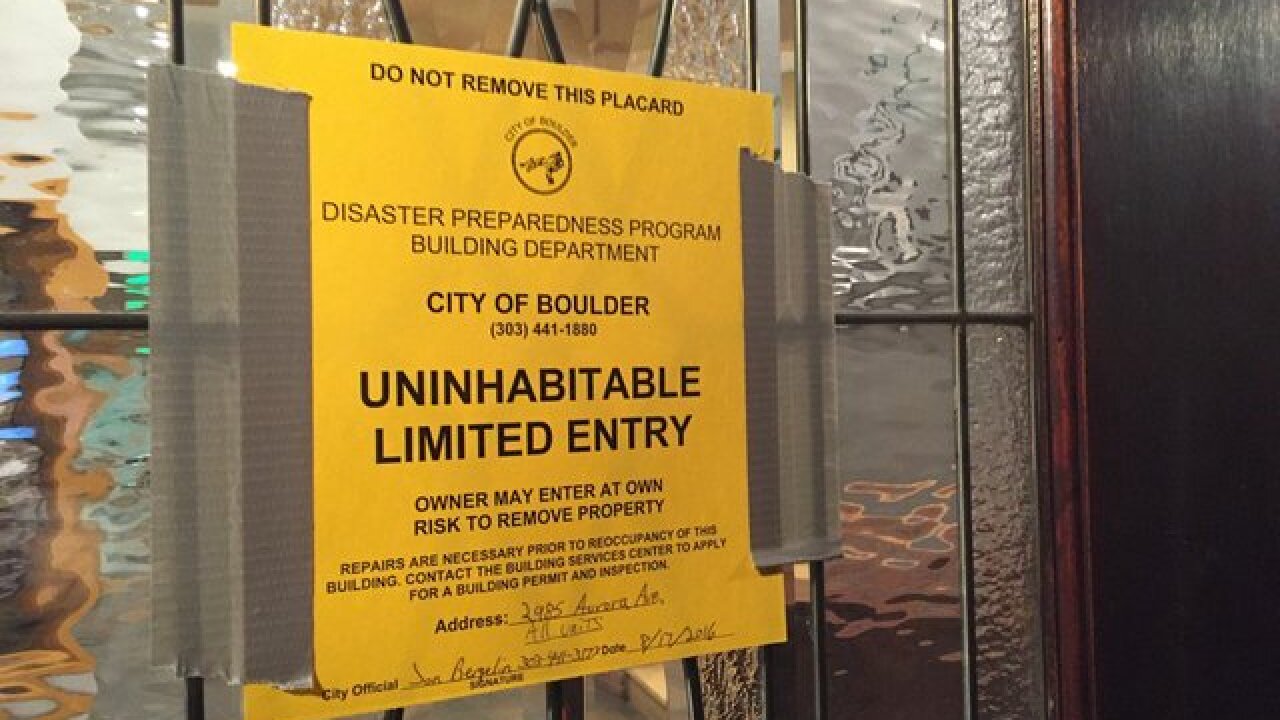 BOULDER, Colo. -- Most University of Colorado students forced out of their apartments Wednesday night have been allowed back in.

Residents tell Denver7 movable bookshelves were installed in the units to convert the two-bedroom apartments into four bedrooms. A parent first notified city officials that the building may not have been up to code.

Sarah Huntley with the city of Boulder says the building originally met code before tenants moved in and that modifications were made after the fact.

"There were no bookshelves or walls splitting up the rooms at the time of our inspection," said Huntley. "When we inspected the building it matched all of the plans that had been provided to the city."

C.U. soccer player Hannah Scheid says the rooms only comply with code because the bookshelves have been nailed to the wall making for an opening between rooms.

Huntley says the new issue of shared rooms is up to the tenants and the apartment complex to handle. Huntley went on to say, resident safety is top priority when it comes to building inspections.