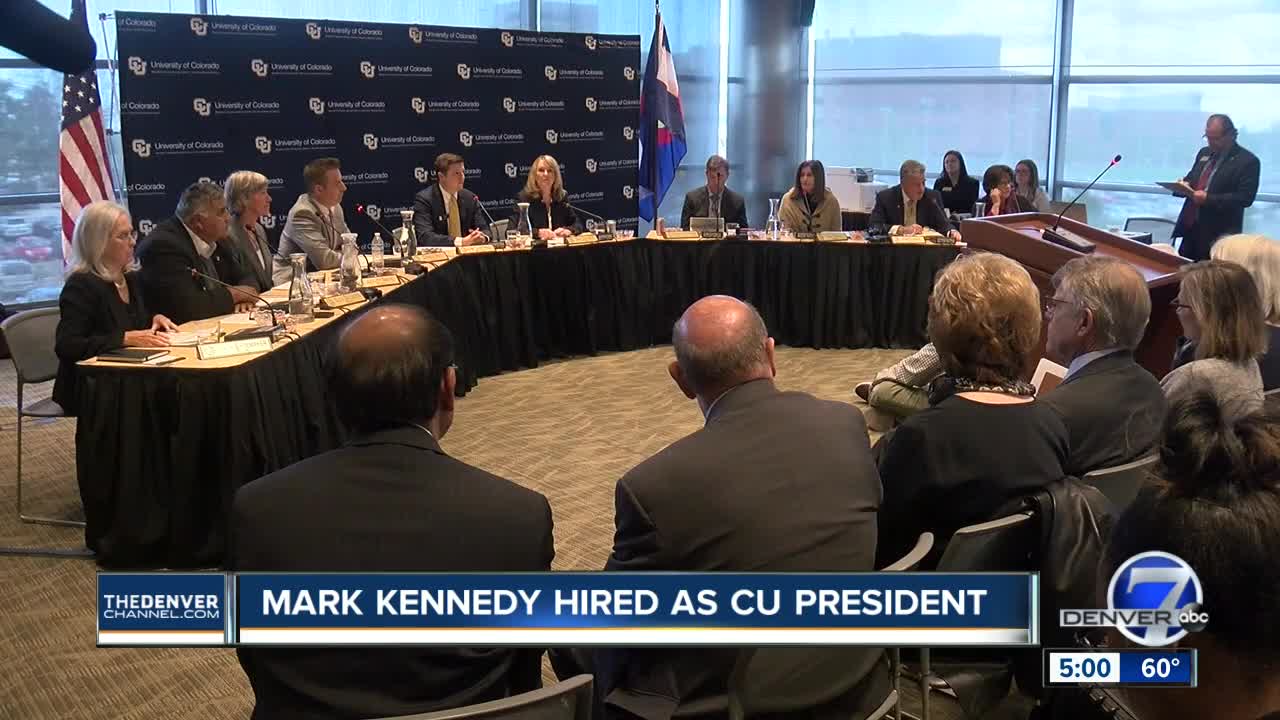 The nine members of the University of Colorado’s Board of Regents voted 5-4 Thursday to hire Mark Kennedy as CU’s next president. 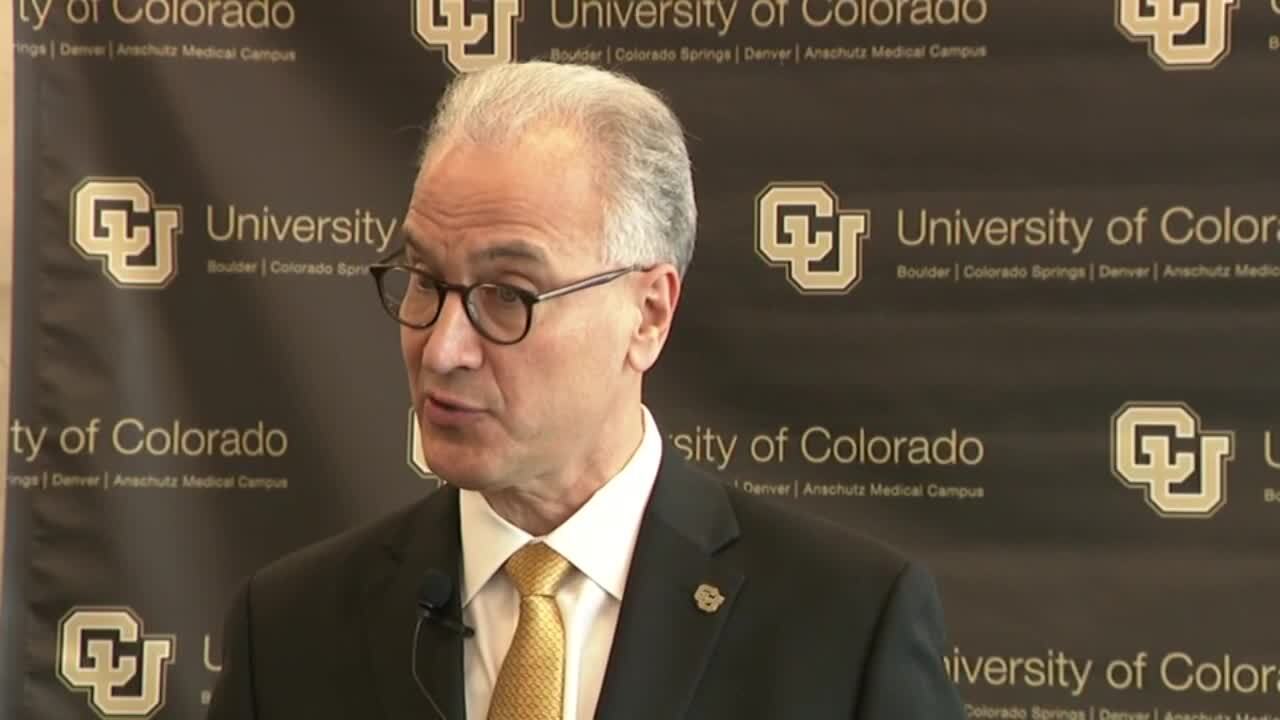 AURORA, Colo. — The University of Colorado Board of Regents voted 5-4 Thursday to hire Mark Kennedy as CU’s next president.

The four Democrats and five Republicans, that make up the board, voted along party lines to confirm Kennedy, the current President of the University of North Dakota, and a one time Congressman.

The vote took place amid tight security on the Anschutz Medical Campus in Aurora.

Kennedy, the sole finalist for university president, had been the target of student protest for his support of an amendment against same-sex marriage in the early 2000s, while he was a Congressman from Minnesota.

CU Regent Linda Shoemaker, a Democrat, voted against Kennedy, saying, "I believe CU deserves better, particularly at this point in time, when higher education faces so many challenges. CU deserves someone who is not partisan, or at least someone who can work well with Colorado's state government, which is 100 percent controlled by the Democratic Party."

Regent John Carson, a Republican, voted in favor of Kennedy, saying, "You can twist a voting record anyway you want...that's what political consultants do in their endless negative campaign commercials."

Carson added that Kennedy will not be the political President of the University of Colorado, he will be the President of CU, period.

"I have great confidence that he will check his personal political beliefs at the door, just as Bruce Benson and Hank Brown before him did," Carson said.

Kennedy told reporters that he has been in contact with One Colorado, a LGBTQ advocacy group, and asked for advice on how to make "CU the most inclusive campus in academia."

One Colorado sent out a news release saying in part, "While One Colorado did not endorse a candidate for President, we will continue to partner with the University of Colorado on their efforts to champion inclusivity for all."

The organization also said it will hold Mark Kennedy accountable "for his commitment to not take the University backwards."