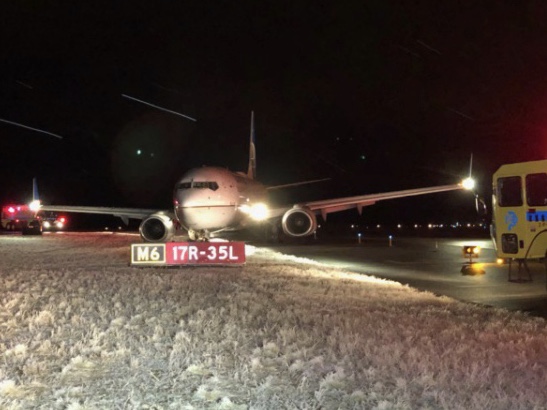 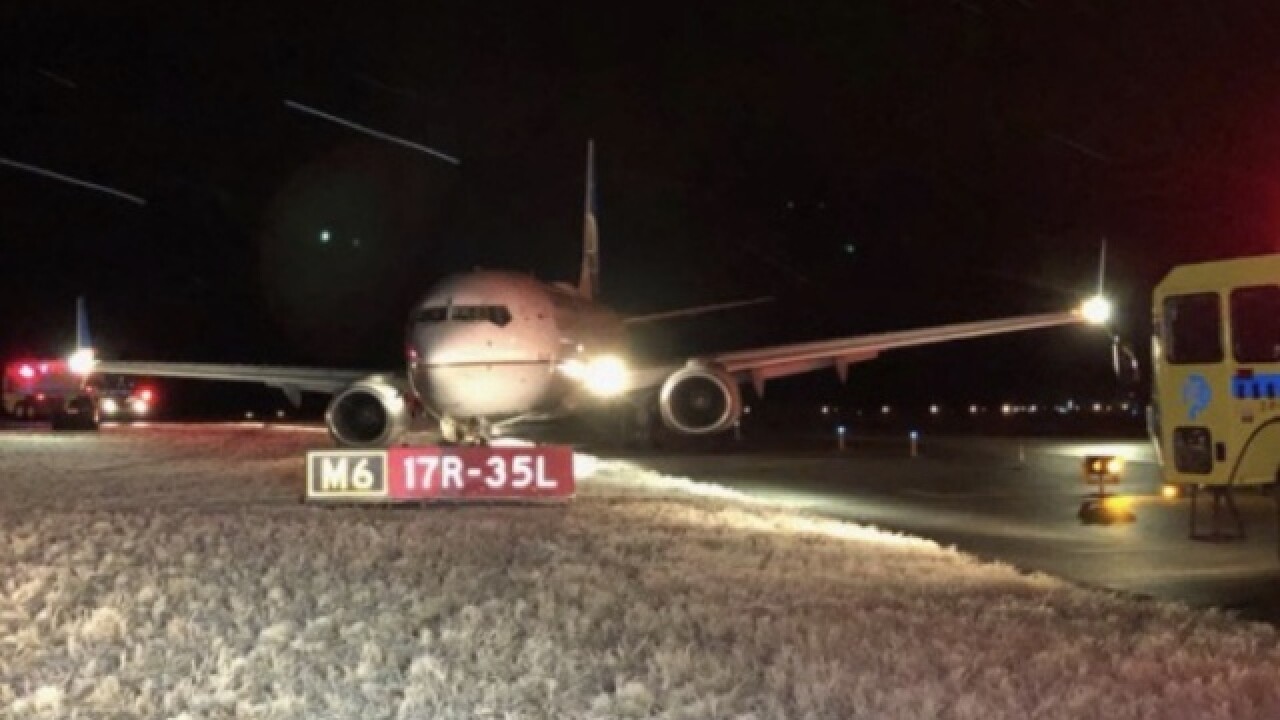 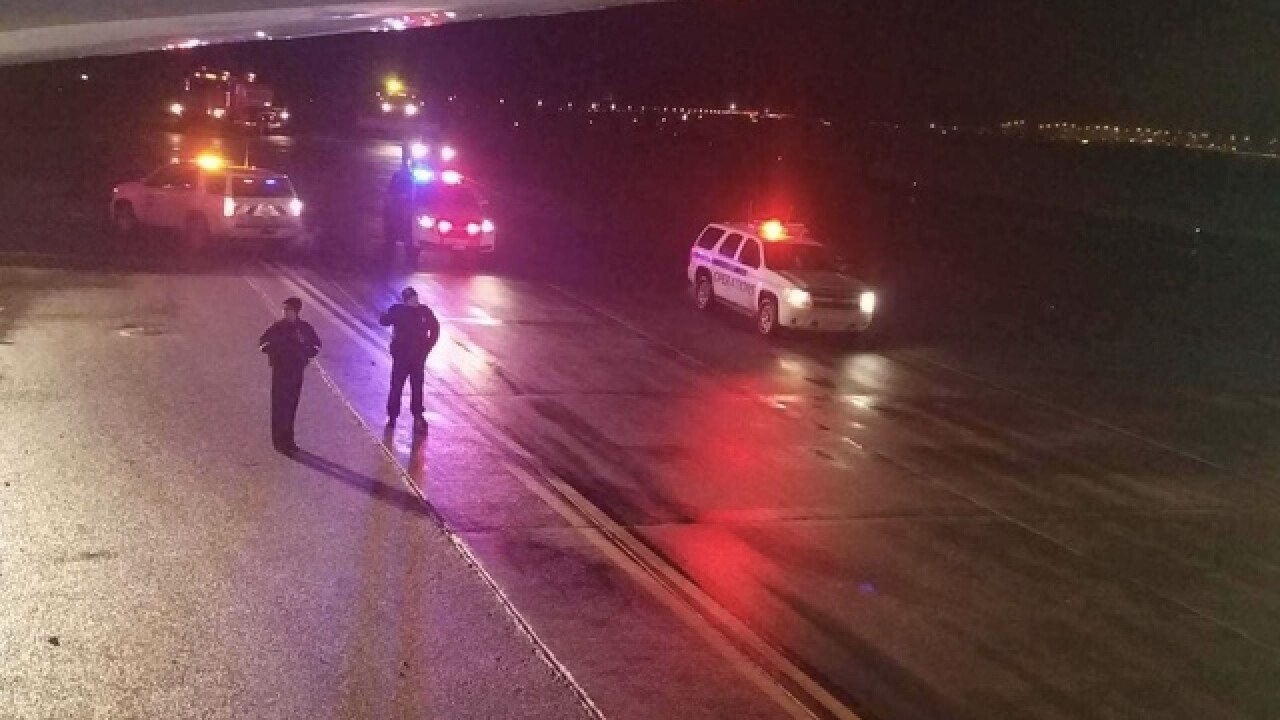 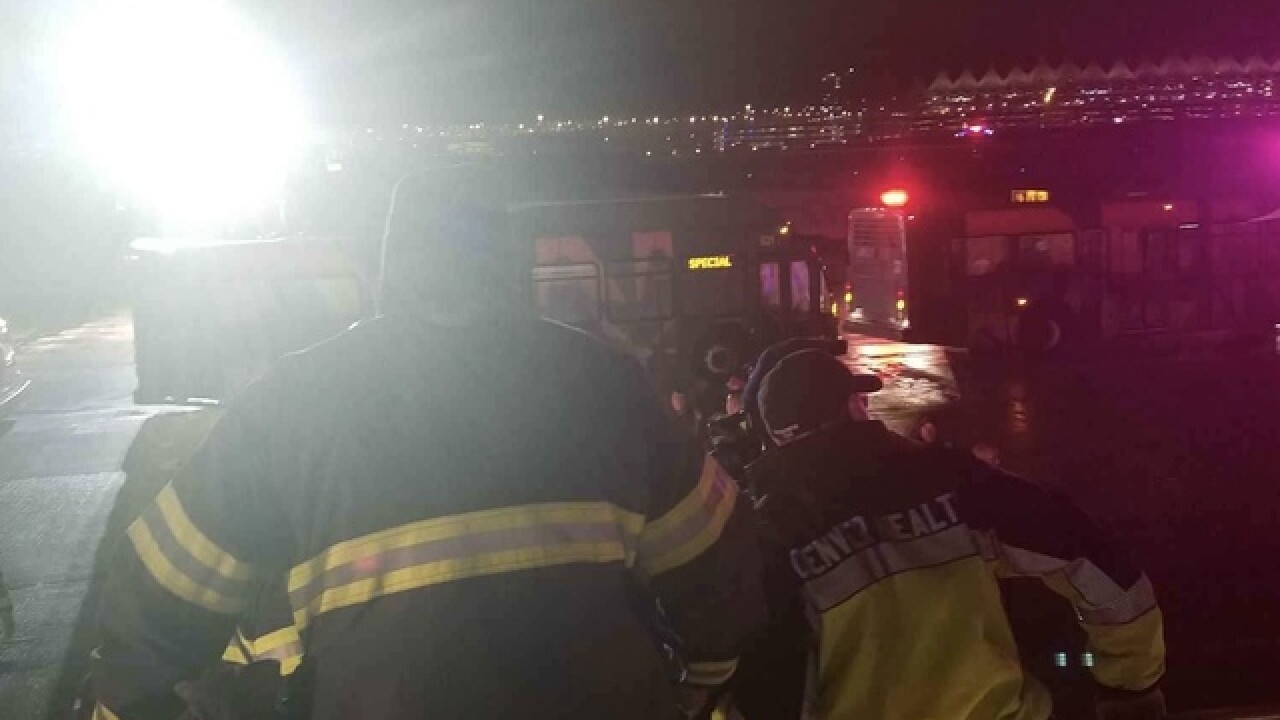 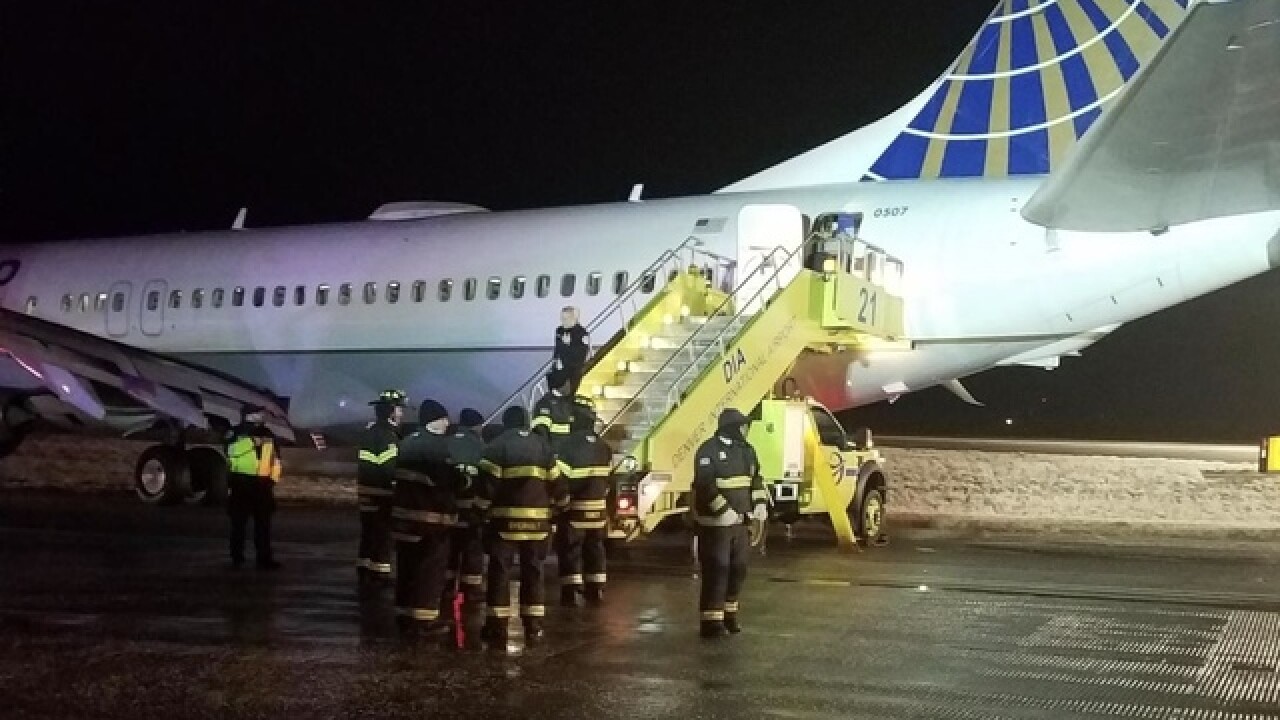 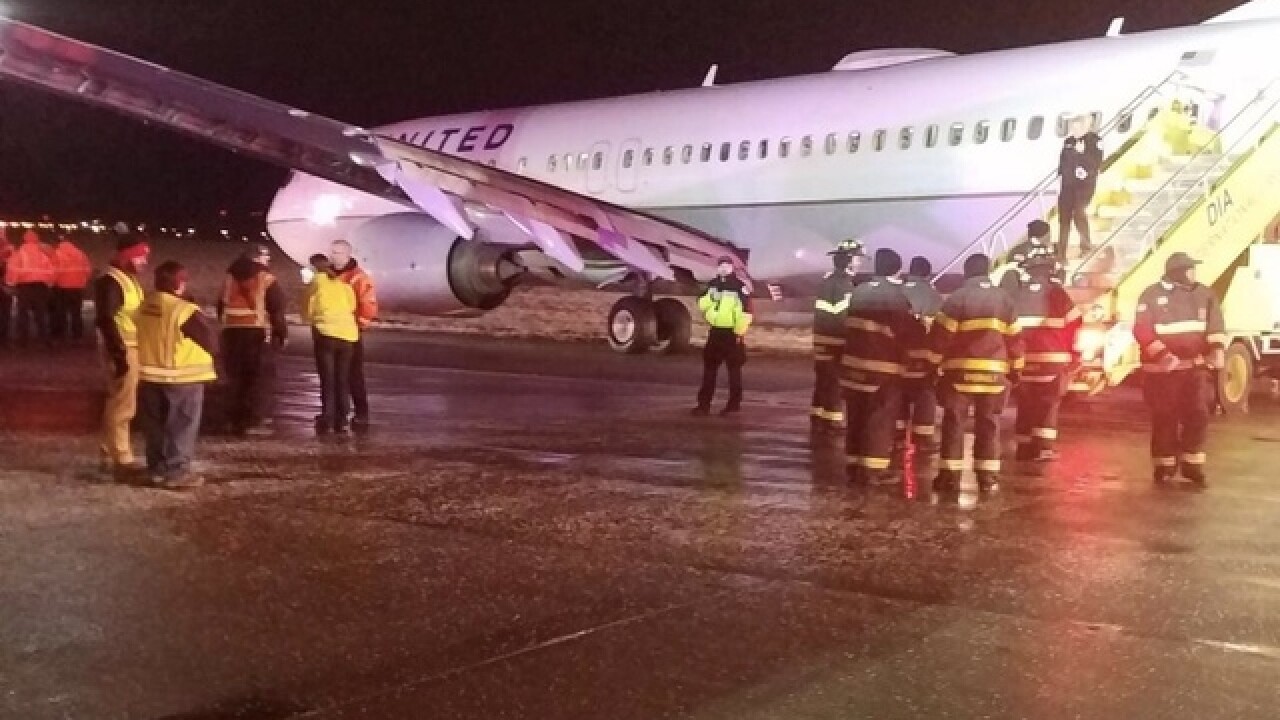 DENVER – It was a rough evening for passengers at DIA, especially for those arriving on a flight from Tucson.

United Flight 1941 partially slid off the taxiway around 6:40 Saturday night.

“The landing was…a little bumpy,” said Christina Morgan, who was trying to catch a connecting flight to Columbus. “When the taxiing started, and the pilot started to turn, it felt like it does when you lose control of your car.”

Ms. Morgan said the jet started to fishtail and that part of it came to rest on the grass.

“We were kind of at an angle," said Denise Ferens. "It was a little weird at first. We didn’t realize we were on the grass, then I looked out the window…and saw the engine was just above the grass.”

An airline official said there were 85 passengers and six crew members onboard.

“There were no injuries reported,” an airline spokesperson told Denver7. “We transported the passengers from the aircraft to the airport terminal. We apologized to our customers for this issue.”

After being bused to the terminal, some passengers said they had to wait several hours for their luggage.

“They had to take the plane to the hangar,” Ms. Ferens said, “and then take the luggage out of the plane there and bring it here.”

Several other flights were delayed because of weather conditions. Departing aircraft had to be de-iced. That made for a frustrating wait for passengers trying to get home for Thanksgiving.

Some said they were going to miss connecting flights because of the weather in Denver.

The weather played havoc with travelers using other modes of transportation.

Freezing drizzle and black ice contributed to numerous accidents, especially on the west side of the metro area.

CDOT shut down Highway 93 between Golden and Highway 128 Saturday afternoon because of adverse weather conditions.

Lakewood Police tweeted that there were numerous spin-outs on I-70.

Denver7 caught up with a Good Samaritan who said he was doing what he could to help others.

“If somebody is like stuck in a ditch, I will attempt to try to tow them out,” Deigv Sprouse said. “I just want to help, because there aren't many people who do, on a night like this."