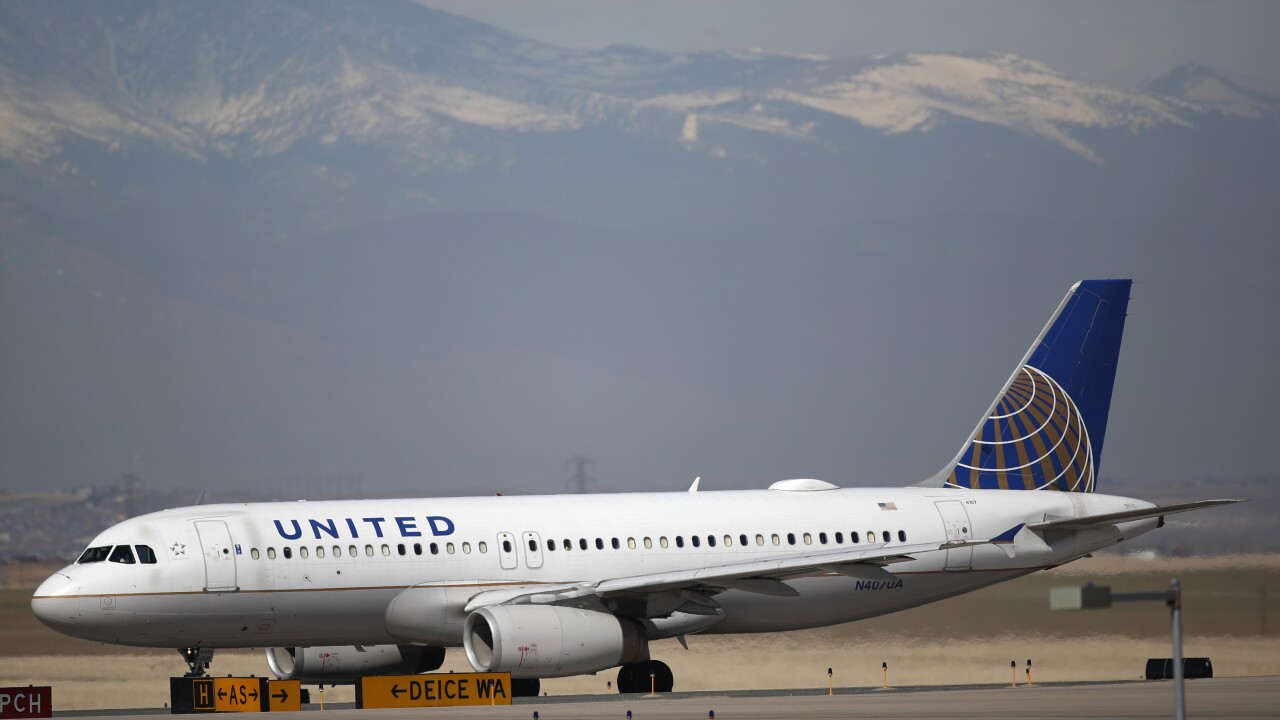 Copyright 2020 The Associated Press. All rights reserved.
David Zalubowski/AP
A United Airlines jetliner taxis down a runway for take off from Denver International Airport as airlines struggle with reduced passenger loads with the spread of coronavirus Wednesday, March 18, 2020, in Denver. According to the World Health Organization, most people recover in about two to six weeks depending on the severity of the illness. (AP Photo/David Zalubowski)

DENVER – United Airlines warned the state of Colorado in a letter Wednesday that it anticipates laying off or furloughing up to 2,820 employees at Denver International Airport starting Oct. 1 due to the financial effects on the company caused by a massive drop in air travel during the COVID-19 pandemic.

“This letter is to inform you that United anticipates reducing its workforce at all its facilities at Denver International Airport (DEN), 8500 Pena Boulevard, Denver, Colorado 80249 (2,820 affected employees),” she wrote in the letter, which was posted to the state’s Worker Readjustment and Retraining Notification Act website.

WARN, as it is called, is a law that requires employers to provide employees who will lose jobs a 60-day notice before a layoff.

Denver International Airport is a hub for United Airlines, and the airline had planned expansions in the works.

Gebo wrote that the company would start laying off people starting in the first two weeks of October. She said that while she hoped the layoffs were temporary, “we presently anticipate that they will last six (6) months or longer.”

Per a collective bargaining agreement, some employees could “bump” more-junior employees, which Gebo wrote could affect the overall number of layoffs.

“Because certain team members may bump others out of a role, or may themselves be bumped, the number of potentially affected team members listed above may be greater than the actual number of employment separations,” she wrote, adding that the numbers could decrease if the airline can find “creative solutions with our union partners” or if employees voluntarily participate in efforts to reduce payroll expenses.

She wrote that since air travel was still 90% lower in mid-June than it was last year, it is “unfortunately very likely that we will need to adjust the size of the company to reflect lower demand levels and implement a workforce reduction to reduce our labor expenses.”

She also said that the airline expects travel not to return to pre-COVID-19 levels until there is a vaccine for the virus.

United and United Express operate 460 daily flights out of Denver and during non-pandemic times served about 40,000 passengers a day. United’s website says that they employ approximately 7,000 people in the Denver area.

In early February, United and Denver agreed to add 24 more United gates at DIA over the next two years, with the airline aiming to operate 700 flights a day by 2025.

A Denver International Airport spokesperson said the airport was not sure how the planned layoffs or furloughs might affect United's service at the airport or which routes might be cut.

"At this time we are unsure how these cuts will impact United’s network and service at DEN," spokesperson Emily Williams said.

United Airlines did not immediately respond to requests for comment regarding how layoffs and furloughs might affect employees in Denver on Wednesday.