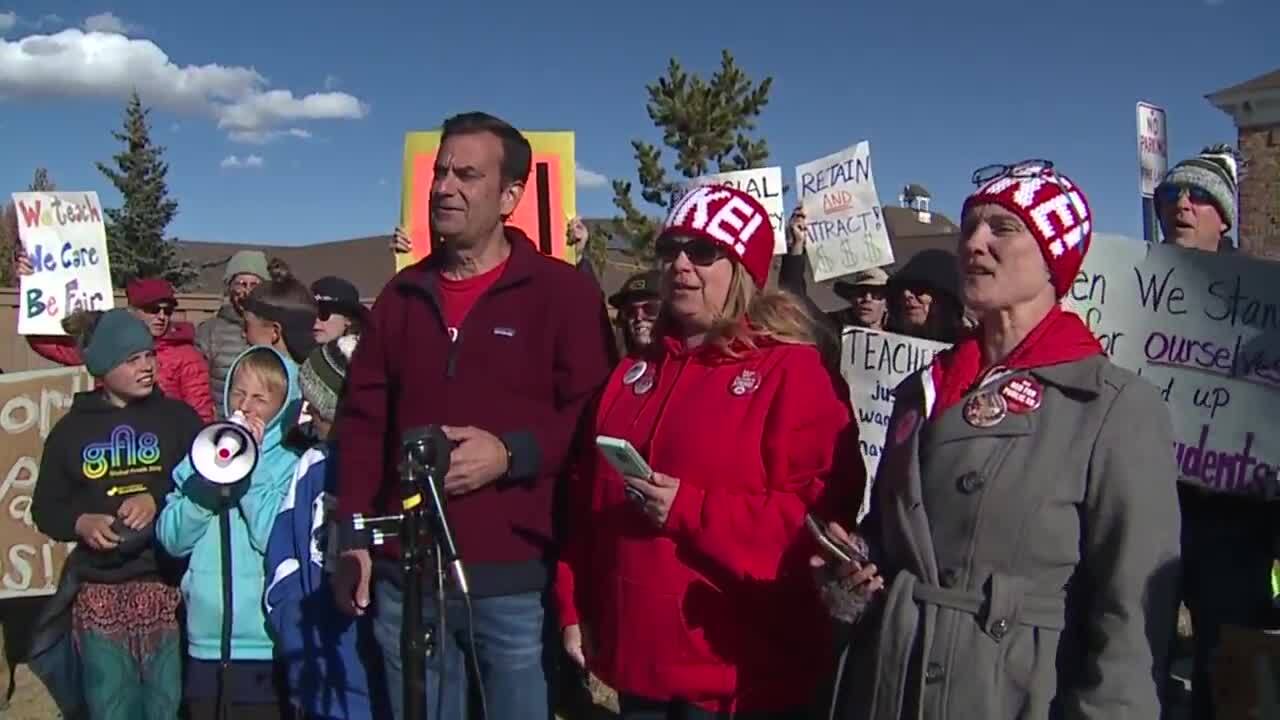 Copyright 2019 Scripps Media, Inc. All rights reserved. This material may not be published, broadcast, rewritten, or redistributed.
Denver7
Union leaders said Monday afternoon the teacher strike in Park County will likely continue on Tuesday into a second day. 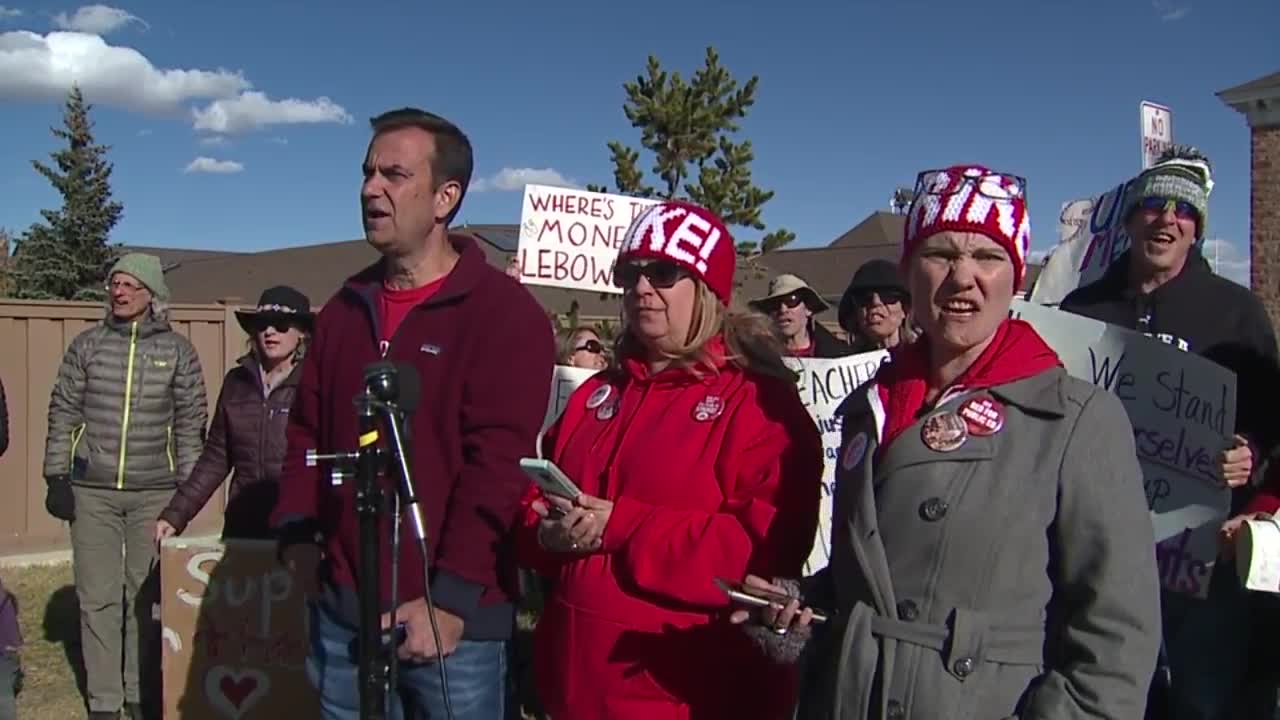 All classes were canceled Monday in the Park County School District after teachers went on strike Monday morning amid a disagreement regarding teacher pay that has been ongoing since July. Tuesday classes have also been canceled.

The South Park Education Association is demanding an increase in pay to address what they say is a “teacher retention crisis” in the district.

“When we have openings, (prospective) teachers come and look, and say, 'I can’t afford to find a place to live or to rent,'" said fourth-grade teacher and SPEA member Doug Freeman, adding that some teachers in Fairplay have to choose between paying rent and buying groceries because of the high cost of living.

Board President Kim Bundgaard said a New Professional Agreement was structured to provide several mechanisms for negotiating salaries and working conditions "in the future." Union leaders said Monday afternoon they were hoping to get a new contract that will help retain employees, increase their collective voice in bargaining and win recognition and support from the district and community.

She also said that "across-the-board raises" have been provided to all employees.

Freeman said the teachers’ union gave the board a proposal raising salaries for all employees and that the district, "never came back with a counter proposal."

Bundgaard said the district was not formally notified of SPEA's decision and learned of Monday's planned strike through the media. But the SPEA refuted that claim, saying the district was spreading “falsehoods” that the union addressed at a 4 p.m. news conference. Union leaders said at the news conference that the superintendent, Joe Torrez, was "negotiating through the media" and asked him to "come to the table" to discuss the gap in the agreement.

“SPEA will maintain the District knew about the strike a week in advance, communicated with SPEA this weekend on actions the District could take to avoid the strike, and understands compensation is an integral part of any professional agreement that will give educators a voice in retaining and attracting good educators for Park County students,” the union said in a release on Monday afternoon.

The SPEA said it was feeling support from the community over the strike.

“Educators felt very supported today by community members who value our contributions and want to see the District return to public discussions with SPEA to end this teacher retention crisis,” SPEA President Taya Mastrobuono said. “The District, thought, only sought to aggravate and mislead in its public comments, leading us to believe it wants no part in resolving the crisis through a good faith partnership with its educators.”

The union said teachers planned to strike again Tuesday and to picket starting at 7 a.m. at the Park County Schools building. Child care will be available at 360 9th Street in Fairplay from 7 a.m. to 5 p.m. and the union is organizing a food drive for students and families and the Boys and Girls Club of South Park.

“We are ready for another day, and possibly many more days, of standing up for our rights and our students’ futures,” Mastrobuono said in a statement. “Our door is open to the District whenever and wherever it wants to meet with us. Striking is completely avoidable if the District finds the will to compromise, and yet completely necessary if District expects us bow down and accept its mandates.”

The union leaders said they hoped to be able to talk with district leadership as soon as the district was willing to.