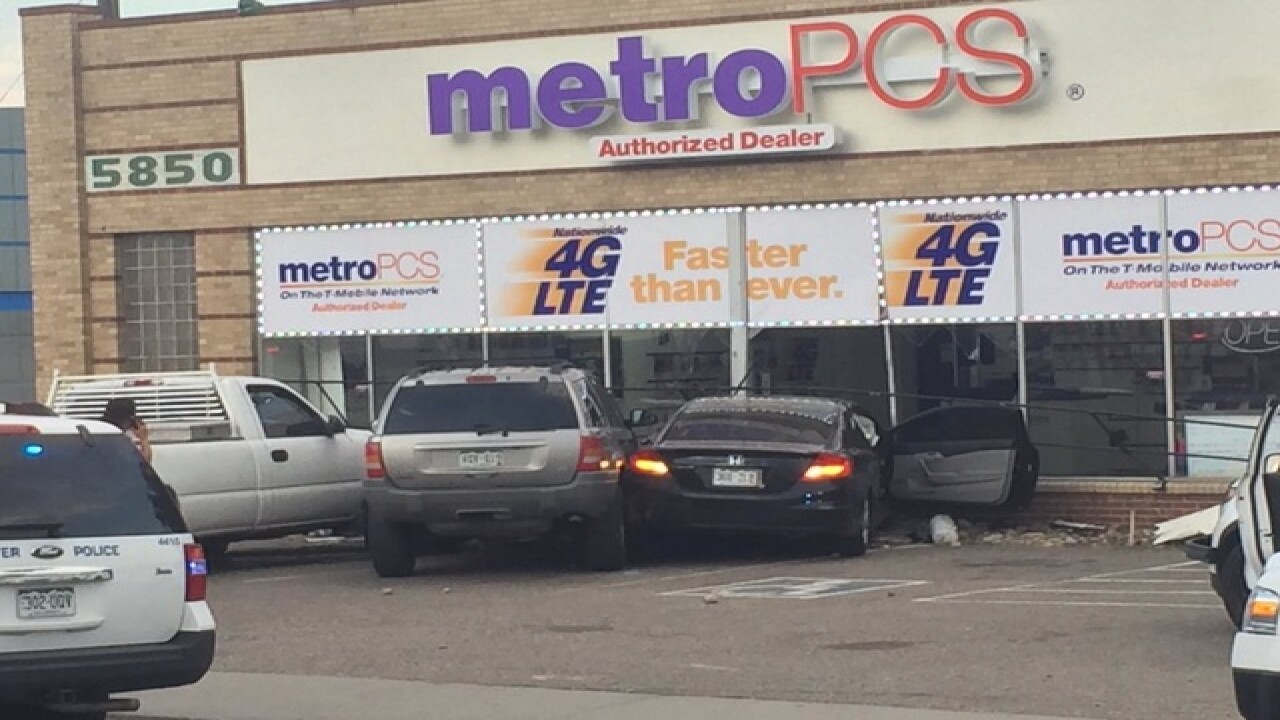 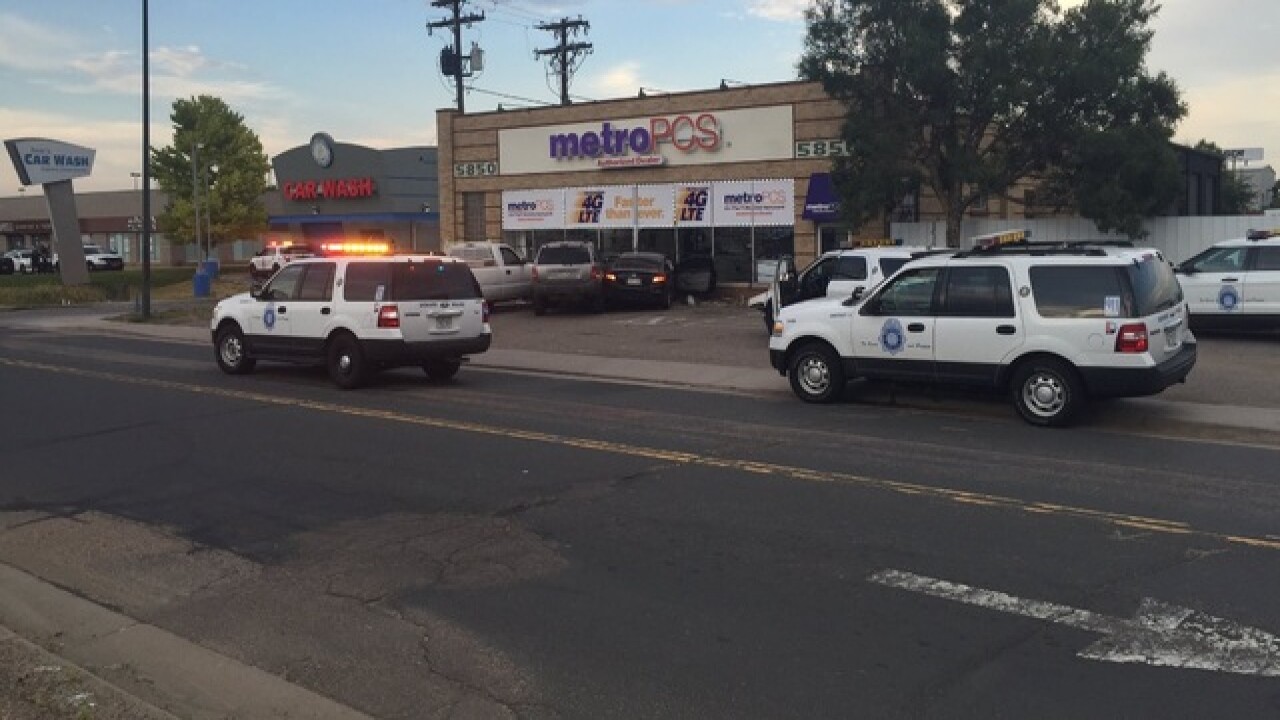 COMMERCE CITY, Colo. -- An underage robbery suspect is in custody, following a chase that ended near a Walmart in Commerce City.

Denver Police tweeted out the juvenile suspect was in custody on the 5800 block of Vasquez Tuesday night.

ALERT: Juvenile male in custody w/o incident following vehicle pursuit that ended in the 5800 blk of Vasquez. Suspect wanted for robbery.

Our Denver7 crews found a large scene in the area with both Denver Police and Commerce City Police investigating.

Just getting on scene of a reported chase that ended near Vasquez & 60th Ave. @DenverPolice @ @CommerceCityCO PD. pic.twitter.com/fyETtQRI1H

Police cruisers were also parked in front of a Metro PCS store nearby.

Patrick Felder, a man who was inside the cell phone store, said he saw the juvenile driver crash into the building.

“It sounded like a freaking bomb going off or a train wreck,” said Patrick Felder.

Felder said he was even hit by bricks.

“I turned around and there was bricks and glass everywhere,” recalls Felder.

Felder’s truck was hit along with two other cars in the parking lot, but what shocked him the most was how the suspect got away from the crash scene.

“He just like clawed out of the airbag to get out of the car through the passenger’s side. He took off running, and I’m surprised he was able to walk after that,” said Felder.

When the young suspect ran Felder chased him until he saw police officers.

The Walmart at 60th and Vasquez appeared to be closed for a short time as police investigated.

Our crews found employees and other crowds of people standing outside the store. As other employees stand in front of the entrance doors.

The Wal Mart at 60th and Vasquez appears to be closed. All of the employees are outside in the parking lot. pic.twitter.com/oohbC0Hl42

After about 45 minutes, the employees started to head back into the building.

Denver Police say the juvenile driver is being investigated for several robberies. One on East 46th and two other street robberies that all happened Tuesday.